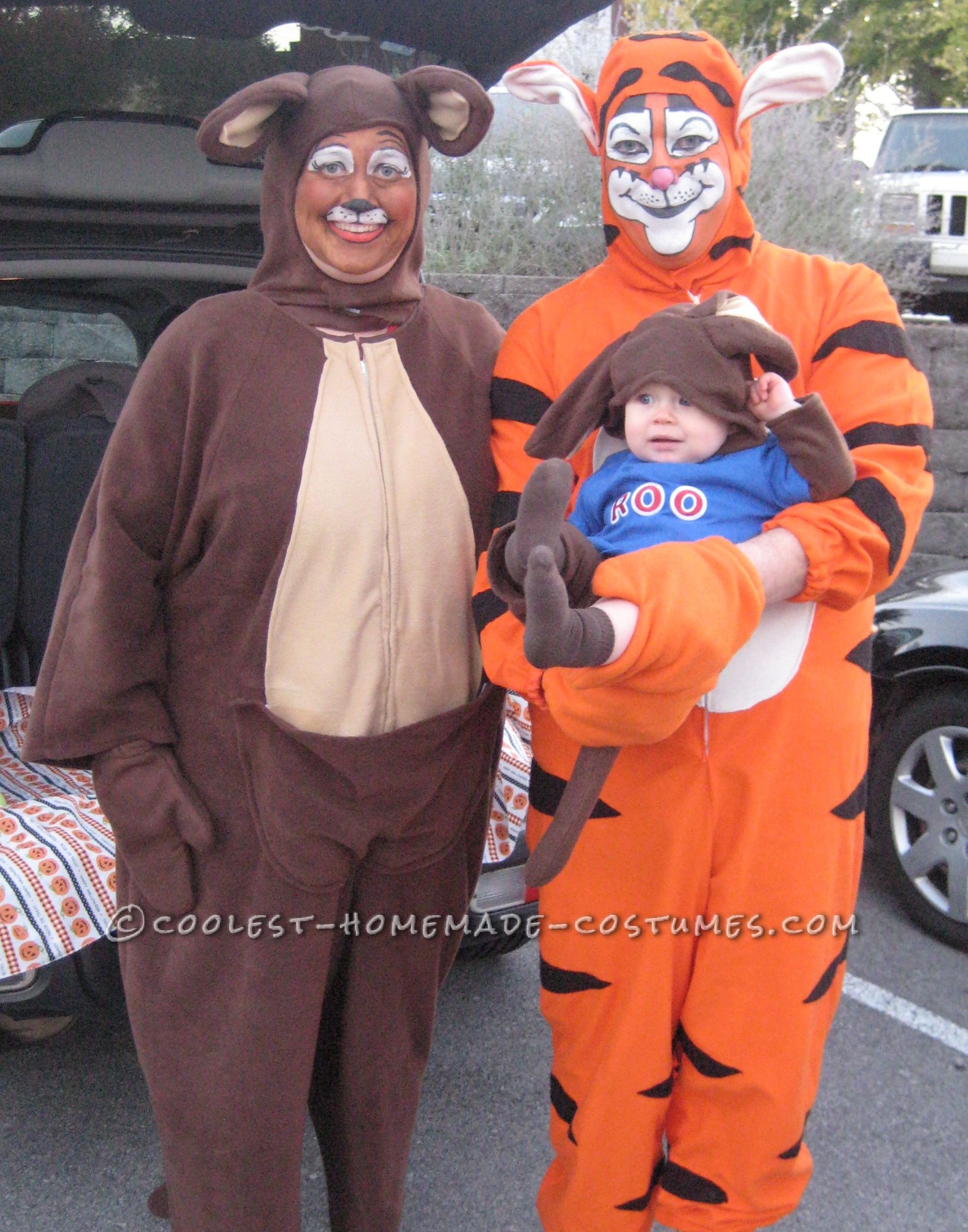 My wife and I were thrilled at the chance for our first true family group costume. We were going to be all the “bouncy” characters from Winnie the Pooh stories!  My wife and infant son would be Kanga and Roo, and I would be Tigger.

We were lucky enough to find a commercial jumpsuit pattern that included multiple animals. The Kanga costume was made from the kangaroo pattern out of brown fleece. The only changes we made were to create a contrasting chest patch (to make her look more like the Disney Kanga) and to put floral wire in the ears for more “poseability.”  The tail itself was epic, taking up a bag and a half of stuffing, and weighing a TON.

The Tigger costume was made from a cat pattern out of orange robe velour. We created custom ears, again to be closer to the Disney version, and put floral wire in them so that they could stick out and be posed. We created a custom pattern for the large black stripes, and also cut out smaller, more random stripes for the hood and tail.

The Roo costume turned out to be the real challenge. We tried to scale the adult kangaroo down to infant size. Our son had a sudden growth spurt in early October, and all of a sudden the jumpsuit didn’t fit!  We expanded the groin section of the costume, and were able to get it to fit better.

What did we forget after all this planning and sewing?  We forgot to see if a 9-month-old infant would actually tolerate wearing a costume!  He cried when we put his costume on, and ripped off the hood every time it came near his head.

Fearing a costume fail, we put strong Velcro on the hood, and created a blue “Roo” shirt with iron-on letters.  Not only would the shirt help to identify his character better, but we could tuck the hood under it to try and keep it on longer.  In the end, our son wore the costume very well, and it was only the tiny mitten hands that came off nearly instantly.

Finally, the real fun – MAKEUP!  Tigger and Kanga were patterned right off the Disney versions of these characters.  The makeup was a combination of Ben Nye clown white and stage makeup, along with Snazaroo face paint for the finer details. I changed things a bit, running orange down my nose, in order to elongate the “snout” for Tigger. We added white patches for Kanga’s muzzle and eyes to help the makeup “pop” better than just solid brown. Our son didn’t need any makeup – he was automatically cuter than the two of us combined!  We were delighted when he giggled at our transformation, instead of being scared.

Our first group costume was an absolute blast, and we got to show it off at THREE costume parties!  Everyone found us adorable, especially our son. Seeing him crawl around the floor with his tail flopping behind brought a smile to every face!

In the future, we’ll do much more testing of our son’s costume further in advance. Nonetheless, we turned a potential epic fail into an epic tail! 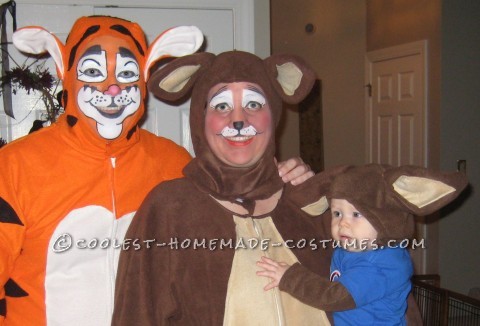 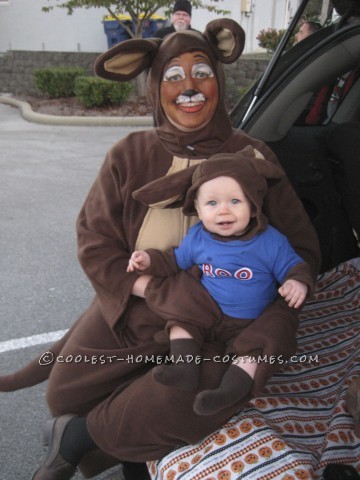 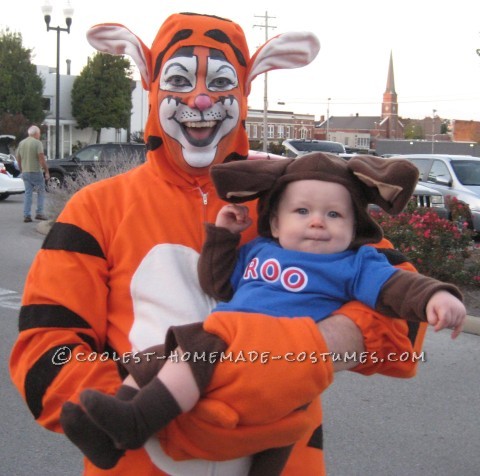 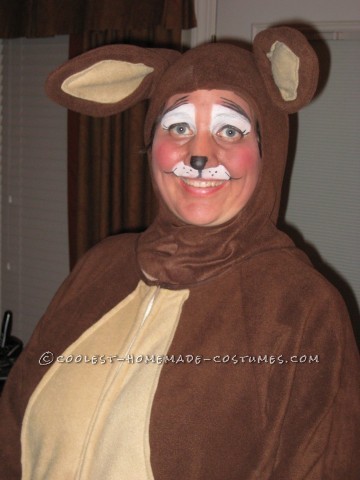 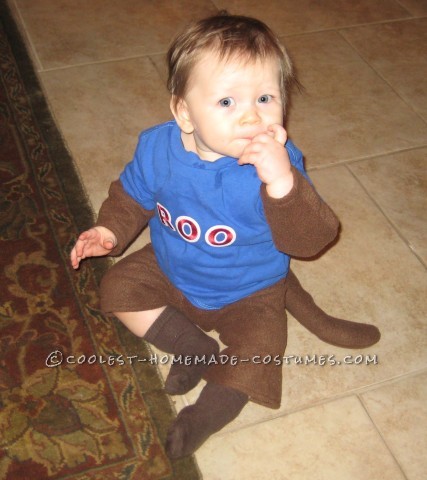 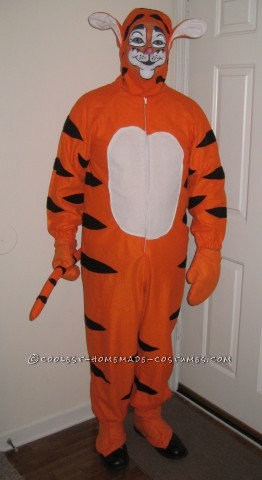 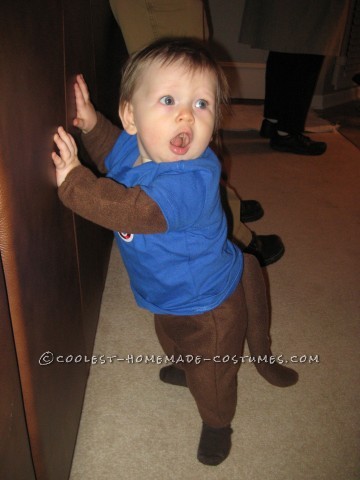 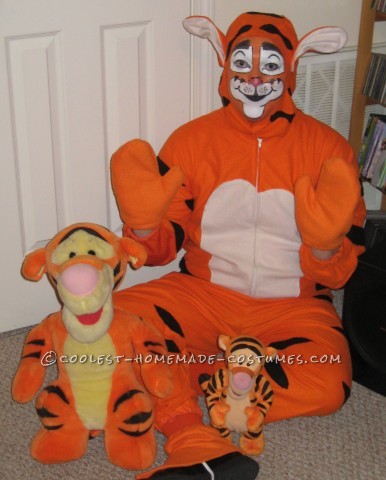 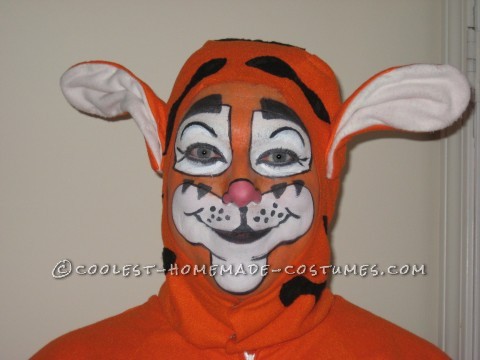