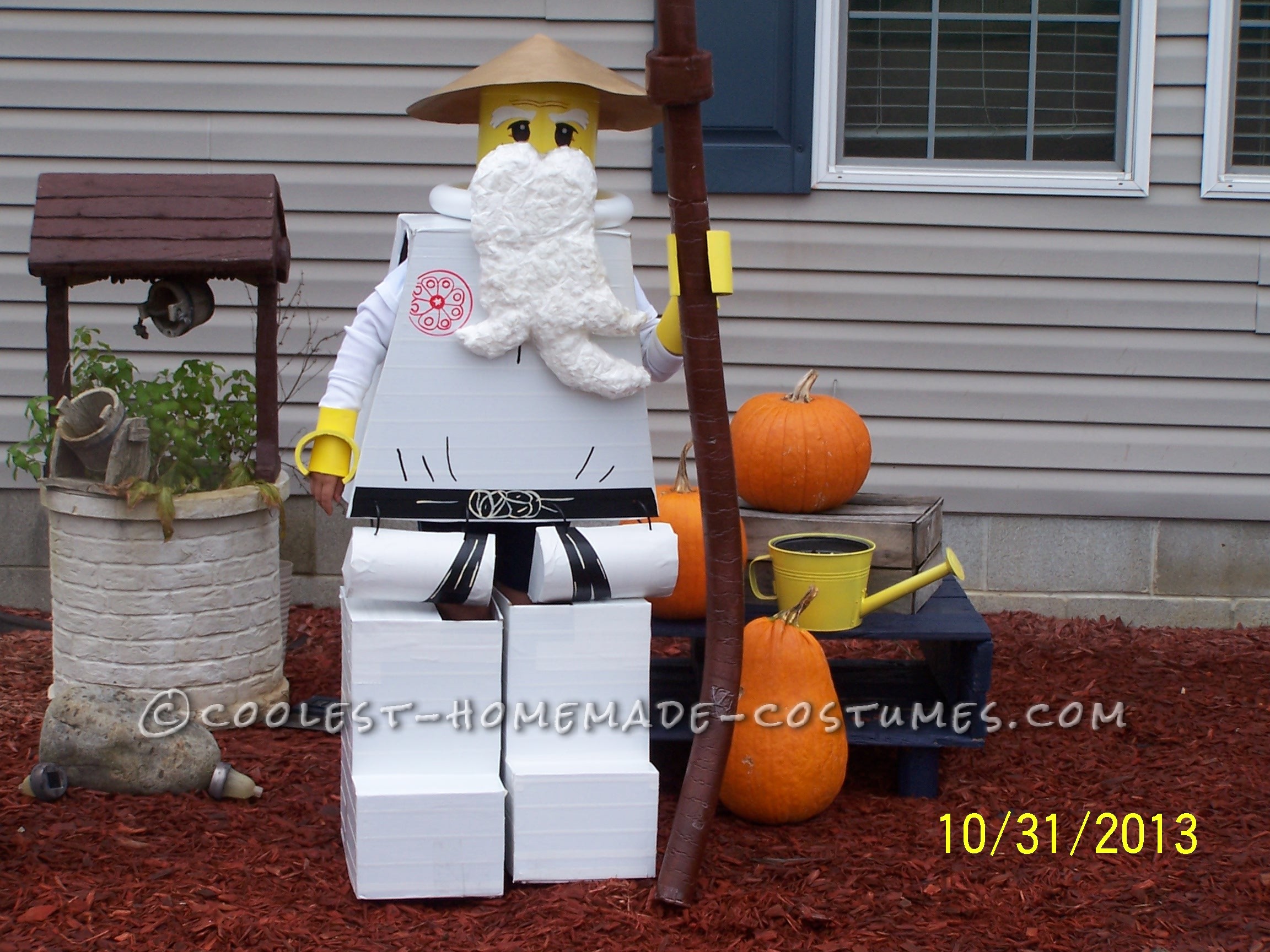 My son absolutely loves anything LEGO so when I asked him what he wanted to dress up as for Halloween he said a LEGO. A LEGO I thought no problem but then he was specific he wanted to be the Ninjago Sensa Wu (White Ninja Master). I quickly started looking online to see what was available but after several searches I came to the conclusion that he couldn’t be a LEGO Ninjago. As Halloween was getting closer and still no other answer from my son besides the White Master I started thinking and looking at this figurine and thought maybe just maybe I could build it out of boxes. Okay! So now I’m going all in to make my son the LEGO he wants to be but the head…. Crap! the head I thought it’s round not square how will I pull this off now to make him look like a real Ninjago. Well I was sitting at my kitchen table just thinking what would work I tried several containers none big enough but then a few days later I was throwing away a protein container and BINGO that was it.  Now with my mind set I had to get this costume done and it took me longer to convince myself this could be done than actually building it. So the day I went to go collect my boxes what else happened…. YEP! It rained. So I knew if I didn’t at least start by Saturday Oct. 26 2013 I may not get it done with my work schedule. So I had to go to Lowe’s for some PVC pipe and while I was down that isle I seen huge boxes for sale and so I bought one for $1.36. I went straight home and told my son we needed to get started if this was going to happen before trick or treat or his school parade.

The reactions he got was AWESOME!!!! No other way to put it. He first was seen at school for the parade and he was getting looks and everyone saying….LOOK! and WOW! and best of all the principal said BEST COSTUME in the building. That was so much fun and he did he Ninjago Wu walk with his staff and walked like a pro in cardboard box boots. After school we went home for a bit until it was time to go trick or treating and the very first house we went to they said they were done there wasn’t going to be any better costume come through. About two houses later a lady loved it and asked if she could take a photo and she wasn’t the only one. If he wasn’t getting a picture taken by a stranger then the candy givers were giving him extra candy for being unique. Even though you couldn’t see his face a lot of the kids we walked past would call out my son’s name because the knew that was him from school. Another boy said Hey and my son’s name and his mom said honey not every boy you see in that costume is your friend and she apologized and I said no he is right that is my son’s name and no one should have this costume because I made it out of boxes and tape she could not believe that. As we continued through the night he caught many more peoples attention and got many more complements for being different and many people including the elderly knew what he was because of their grandchildren. We had only a few houses left and ran into the school principal again and she continued to praise him and his costume. Let’s just say the whole night was nothing but laughter and smiles and that was us and the strangers we met. When the night was done my son just kept thanking me and telling me he knew I put lots of time into his costume to make it super special and he was absolutely right I did this only for him because I knew how bad he wanted to be this LEGO and he means the world to me. I believe it’s not the material things that I give my son but the things I will do for him and he knows that he is worth all my time. Now the costume is in his room next to his bed and he still throws it on for a few minutes and tells me that when he can’t wear it anymore he will hang it on his wall.

In order for him to sit I had to cut the back with slits on the sides and folded it up this just gave him the comfort needed to sit but didn’t take away any of the look. Everything that was done throughout this process wasn’t just to get the look down it was to be fun for him and it’s not fun being uncomfortable. I kept telling him it might not look exactly like Sensa Wu but I insured him he would look like a LEGO because a box isn’t that hard. Right? Well yes and no but to be fun and able to walk and control the whole costume so it’s a little more than just a box. It was my son’s dream! 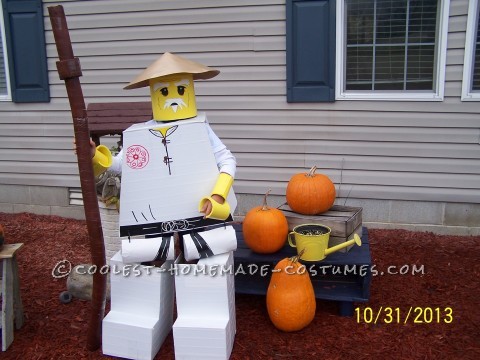 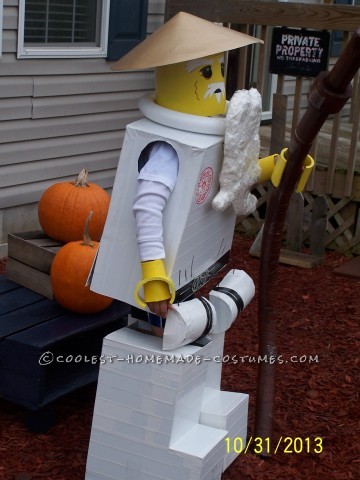 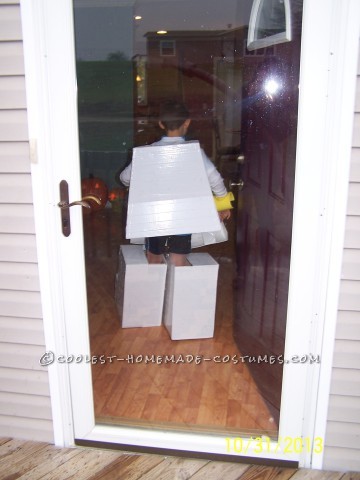