For this year’s Halloween costume, I wanted to do something inside a box, but wanted a costume idea that was “outside the box.” After scouring the internet for ideas, I discovered a few decent concepts for a porta-potty construction, but thought I could do a little improving as well as add an original twist to the overall idea.

I began thinking about what famous figures or characters would be the most absurd to be spotted taking a poop in a porta-potty. Originally I thought of someone like Jesus or The Pope (I wanted to call the costume “Holy S**t!”), but I was afraid I would offend some people, so I opted for the fictional RoboCop, one of my favorite movies from the 80’s. I mean, he eats baby food in the movie, so naturally since he is part-man, he HAS to poop! Did they mention that in the film? No. Did I set out to finally answer the question that so many nerds have asked for the last 25 years? Absolutely.

I began with a grand wardrobe box that I bought from U-Haul, the biggest they sell. Next, I shot some high-res photos of actual porta-potties and tweaked them in Photoshop so they were proportionate to the dimensions of the box. I was able to print them on poster paper on some large format printers, then attached them to the box with Photomount spray adhesive. After that, I cut out the door shape with a box cutter, then glued the print of the inside of the door to the other side.

For the inside of the box, I just used a blue spray paint that was the closest match to the outside, which I found at a local art supply store. (I wasn’t interested in spending too much time taking photos of the inside of an actual porta-potty, if you know what I’m saying)

Next it was time to start adding some details. I found some floor air vents used for HVAC at a hardware store that looked pretty identical to the venting on the sides of porta-potties, so I cut some holes in the box and attached them a hot glue gun. After that it was time for the door hinges. On one side of the hinge, I drilled it straight into the box, using machine screws and nuts to attach it.

On the side of the hinge that was attached to the door, I used industrial strength Velcro so that I could attach and detach it through out the Halloween parties. (This is a must because walking around with a swinging door can get very annoying for you and anyone around you). Other things that I screwed in using machine screws and nuts were the door handles and the toilet paper holder. Then I unspooled a whole lot of Reynolds aluminum foil and cut it to fit on a toilet paper roll, then rolled it all back up again so that it looked like metal toilet paper.

On the inside walls of the box, I pasted on a Safety Sign with RoboCop as a crossing guard, some adverts for Delta City, a drawing by RoboCop’s son of his favorite TV Show “TJ Lazer”, and a hit list of all the bad guys that killed Alex Murphy. You can see the signage of the porta-potty company on all four sides, “OCP – Omni Consumer Products – Cyborg Waste Evacuation Unit”, signifying that this toilet was specially designed for Cyborg pooping.

As for the actual RoboCop armor, this was a prefab costume that I found online which required some major editing to make it fit what I needed it to do. The legs were constructed with kids’ sweatpants filled with PVC piping and pillow stuffing for structural integrity and a pair of children’s snow boots (I tried using some of my actual boots, but they were way too heavy for the box and so big that the door wouldn’t close all the way). The armor was then attached to the pants using hot glue and Velcro. In order to carry around this box all night, I used backpack straps attached to the box and then hidden under the armor chest plate, as well as wearing a belt which looped through back of the box and around my waist. This helps immensely with the box’s stability. The illusion of the seat was created using some pieces of foam wall insulation that I cut out to size, hiding everything below my waist.

The most ironic part of the costume is being stuck inside a porta-potty all night, without any way of actually using the restroom inside it. (Seriously, it was impossible. If you attempt this and you don’t have any incredible bladder, I would suggest wearing some Depends, just in case)

Hope you enjoy! I’ll try to answer any questions you have! 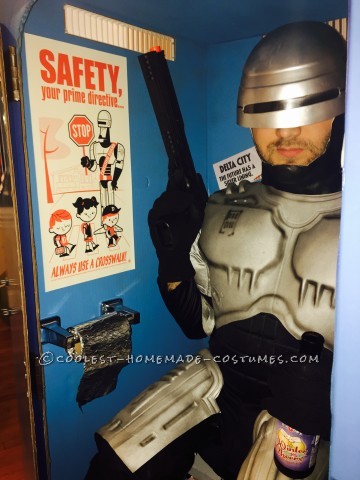 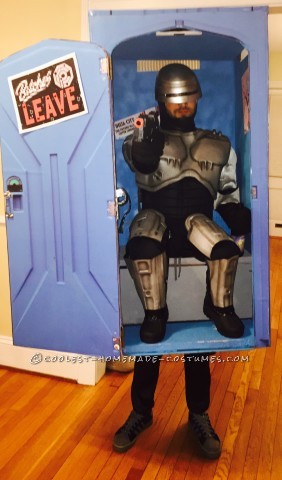 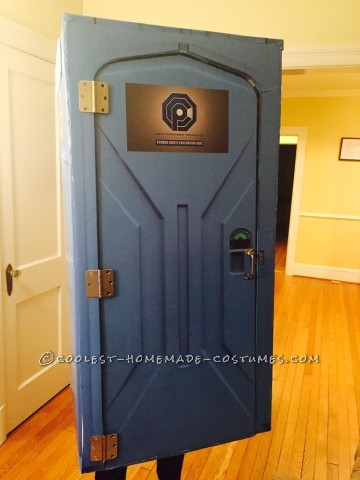 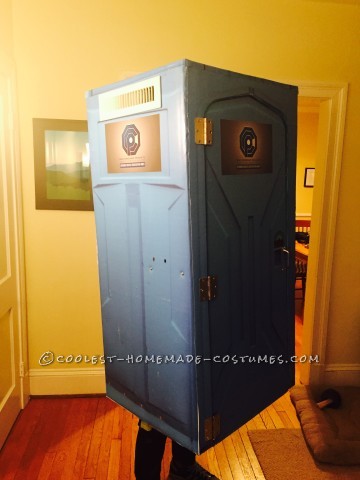 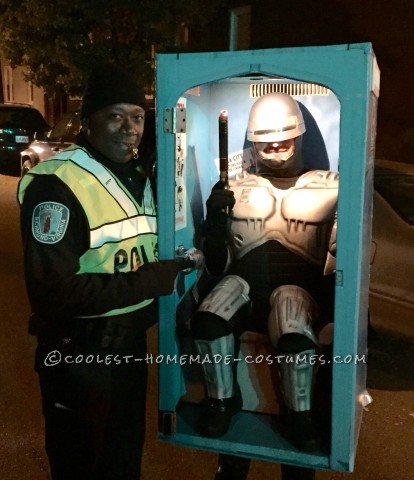 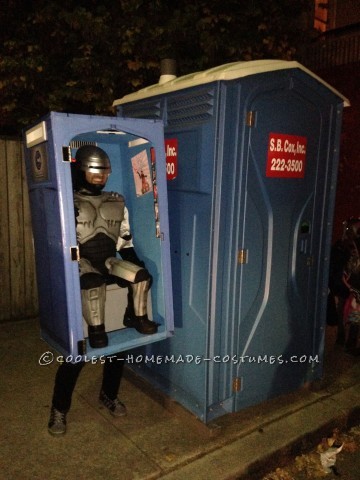 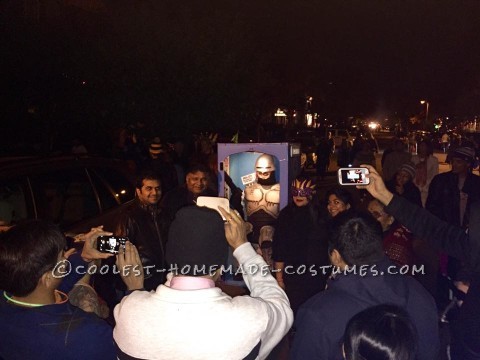 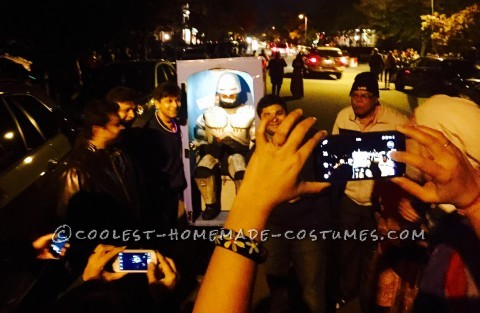 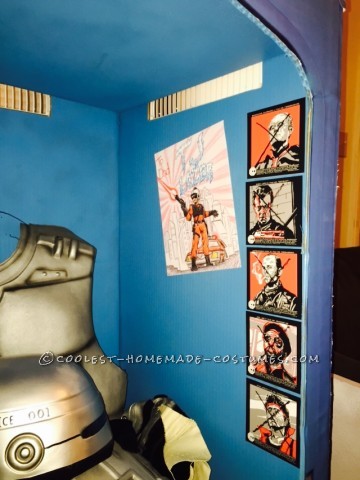