After seeing Suicide Squad back in August I completely fell in love with Harley Quinn’s look. Her mismatch bunches and quirky eye makeup looked great and I thought it would be a really quick and easy costume for Halloween this year.

The first hurdle was the hair. I was not about to dye my hair, even semi-permanently, so a started to look for other options. In the end, I settled on hair chalk. It’s cheap, easy to apply and washes right out – perfect! After that, it was just a case of putting the look together…

Step-By-Step of the Harley Quinn Costume

And that’s it! I threw on some short shorts and a bomber jacket I already had, grabbed a baseball bat and the hair and makeup did all the work! 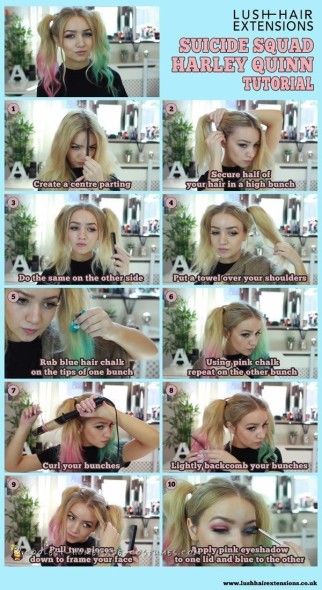