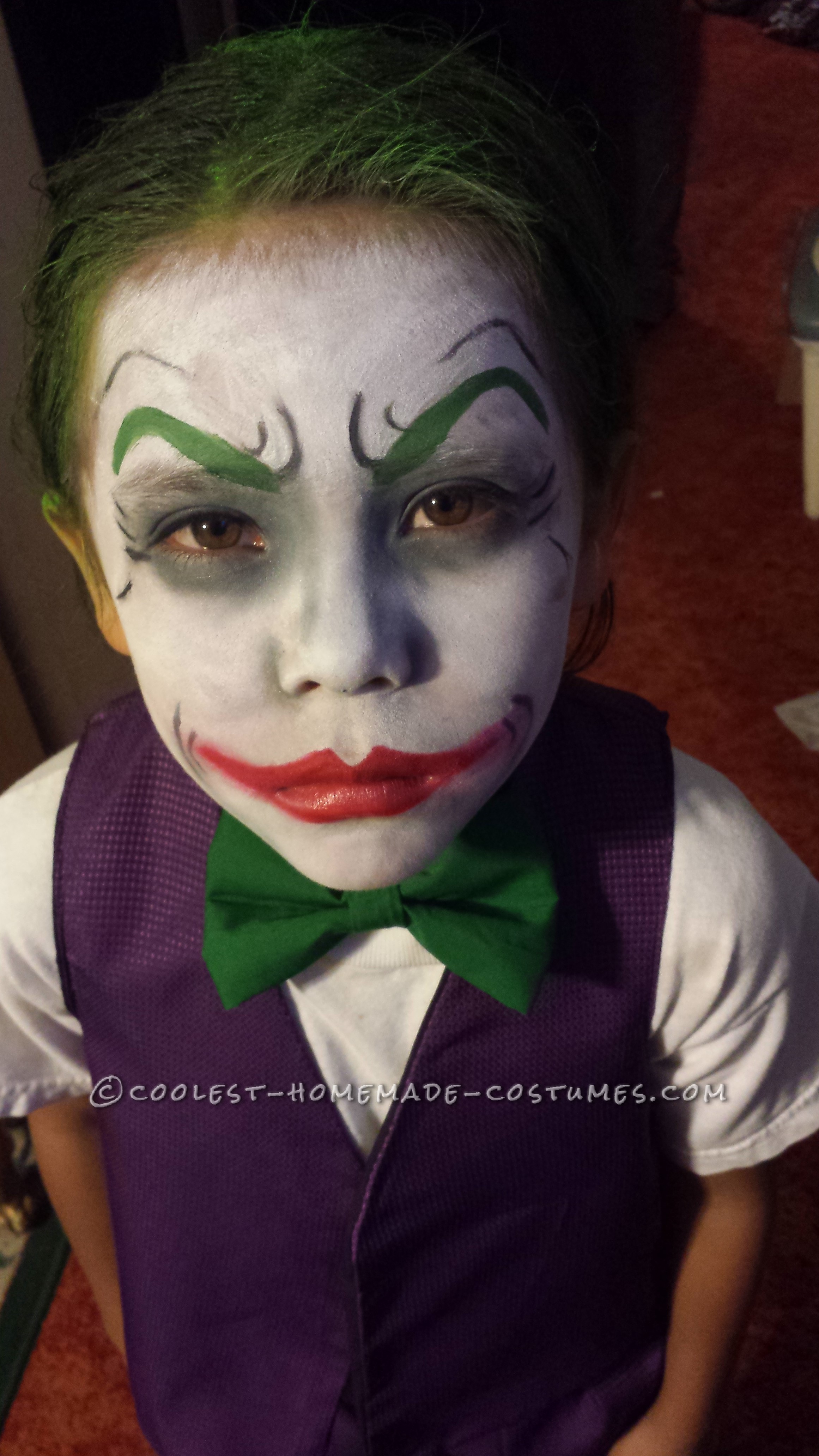 This Halloween my little brother and I decided last minute we would team up and be The Joker and Harley Quinn. I decided I would make everything, from the big hammer Harley carries to the green tie the Joker wears.

I started with my hammer, which took a few days to make due to letting it dry. The hammer is made of PVC pipe, two baskets from the dollar store, a knickknack from savers, and plaster and paint. This was the funniest part of the whole costume and made my Harley Quinn costume unique to every other HQ costume out there.

After my hammer was complete I started on the dress, then moved onto the leggings gloves and wrist ruffles. The hardest part of the costume was making the hood that has the horns and bells. It’s hard to start from scratch and make a hood to cover ones face. Luckily everything worked out the first time around and I didn’t have to start over.

The joker costume was a much easier task since I copied patterns from my brothers dress up clothes. I even made a bow tie pattern specifically for his outfit. Last thing was to dye his shirt since I couldn’t find fabric the right shade of yellow. All together both costumes took a week and a half to complete.

Everywhere we went people would stop and ask to take pics with us and wanted to be hit with my hammer. My little brother entered a costume contest and won. These costumes and getting into character were so much fun!! 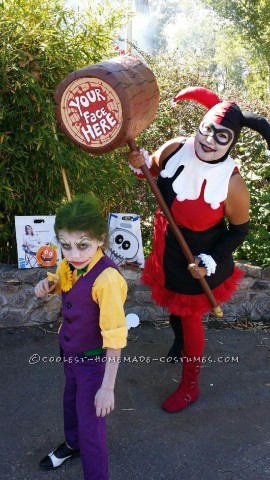 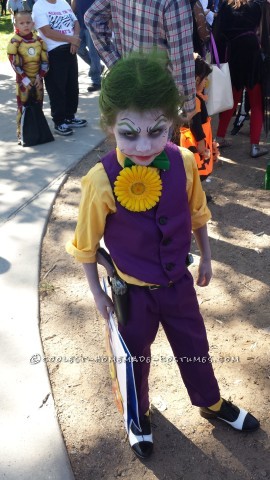 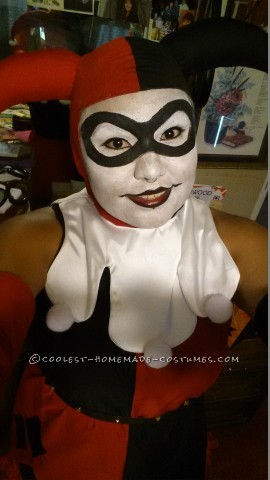 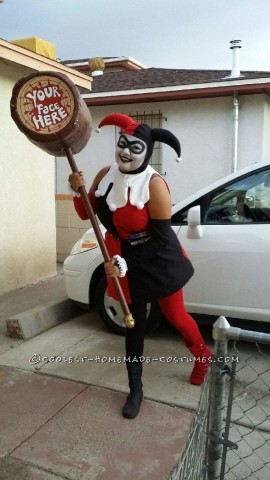 2 thoughts on “The Little Joker and Harley Quinn Homemade Costumes”