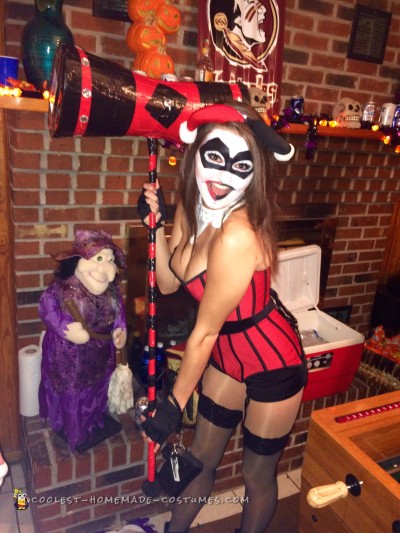 My costume was Harley Quinn. I researched her character for awhile before starting on her and channeling my character for the big night. She’s a playful person who’s in love with the Joker despite their many shortcomings. Not to mention the fact he repeatedly tried to kill her, but she always falls back in love with him. I had purchased the red corset the previous year and never wore it so decided it would be a perfect start to my character. My focus on this costume was Harleys popular weapon, the hammer. She carries many others including a bat and a gun, but I felt the hammer would be much more fun to portray her character. I started off making it with 2 trash cans glued together at the base and used a curtain rod as the handle. I based everything out with black duct tape to hold everything in place and then began covering the entire hammer with red duct tape and added the black accents after. I used a hot glue gun to hold on the studs which are made of small diamond Jewels. To finish it off I glued two joker cards to each end of the mallet. The hammer was definitely the best part of my costume. Everyone wanted to take pictures and play with it. It was a hit! No pun intended. The makeup was also a lot of fun. I decided to paint my mask on rather than buy one because I wanted to do some killer eyeshadow. I used red and black accents with the old school white face. I also added some red extensions in my hair to make up for the lack of blonde hair. Overall the costume was a success. I got tons of compliments and in a college town felt like I went above and beyond from my peers. My inner Harley was out to play on Halloween. I was sad to say goodbye to her but I have a killer hammer to prove she’s still around. 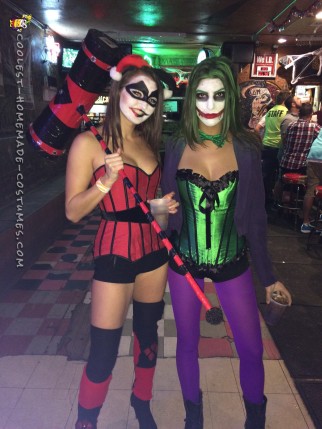 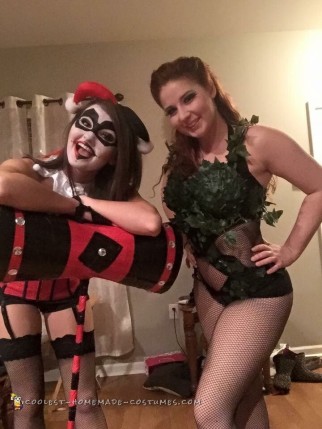 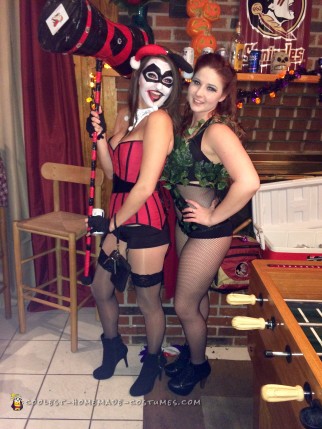 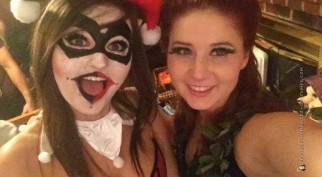