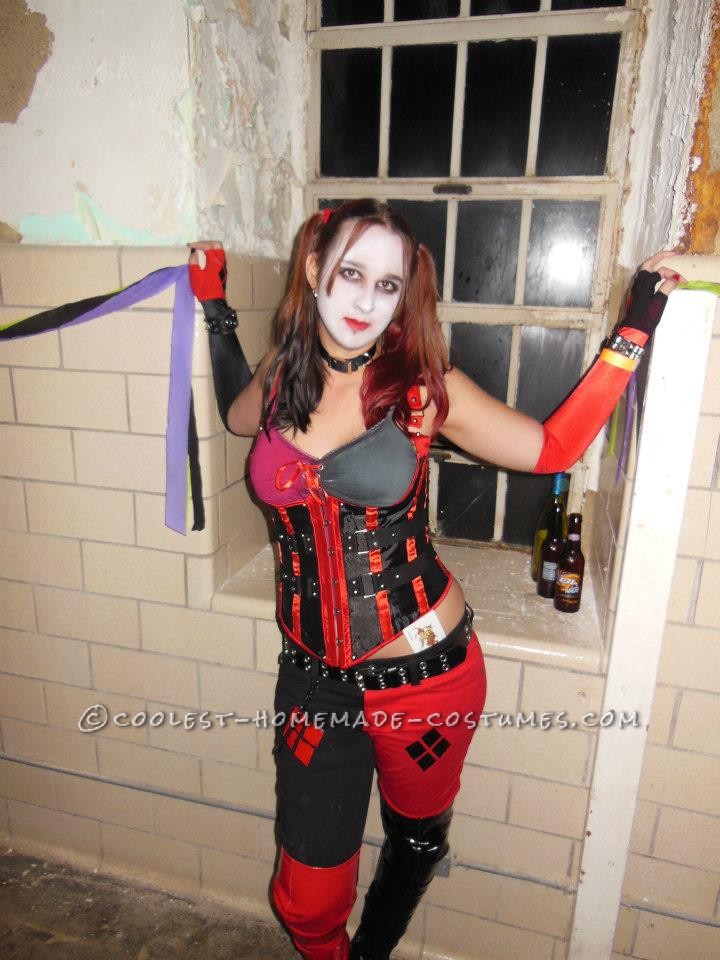 First I have to start by saying this sexy Harley Quinn homemade Halloween costume took me a whole year to complete. I started it the day after Halloween last year. As a kid and now I was always been obsessed with Batman and anything related to it, so I decided on doing Harley Quinn this year.

I chose the Arkham Asylum video game version of Harley just because I wanted to make an original costume instead of just buying one. I knew that there were no available versions of this Harley to purchase so I would be unique. I started by gathering up screen shots from the video game from every angle of her outfit I wanted to get every detail right!

Next I found her jeans, opera gloves, and the under bust corset in red and black at a site online. I added the belts to the corset by hand sewing buckles to nylon purse straps to get it to look like hers. I also cut out the four diamonds out of pleather material in both red and black and added them to the gloves and pant legs. The under shirt she wears under the corset was the hardest to achieve. I had to split dye a white tank top down the middle with both red and black dyes. I bought two separate pairs of go-go boots in both red and black to get the opposite boot colors Harley wears over her pants. Everything after this was just attention to detail. Adding the belt and black chain to the pants, finding the right bracelets to place over the double layered gloves, fitting the black collar to make her choker necklace, and I also cut and dyed my hair the black and red that she also has in the game.

Overall I had a blast making this costume for Halloween and hope to also wear it to comic-con if I get the chance to attend one. I think I did a great job in achieving the look of one of the greatest super villains that there is. 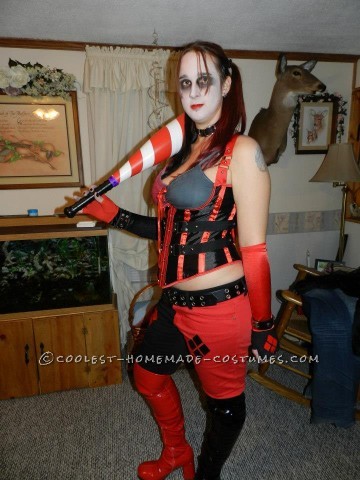 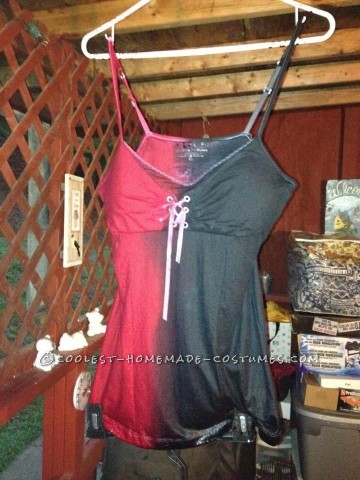 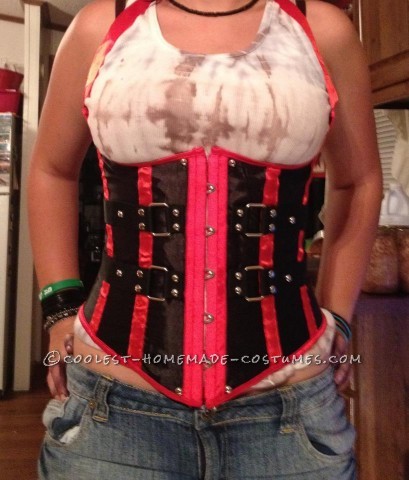 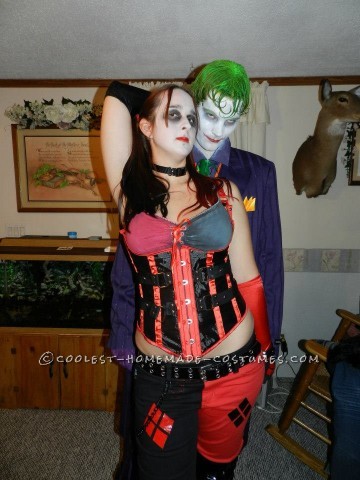 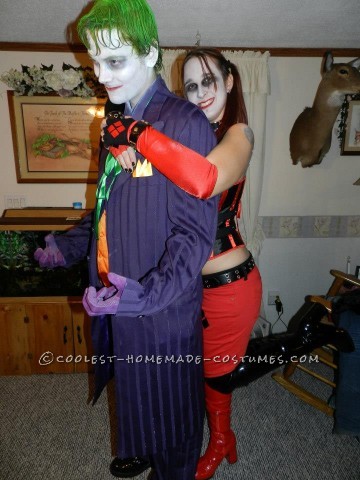 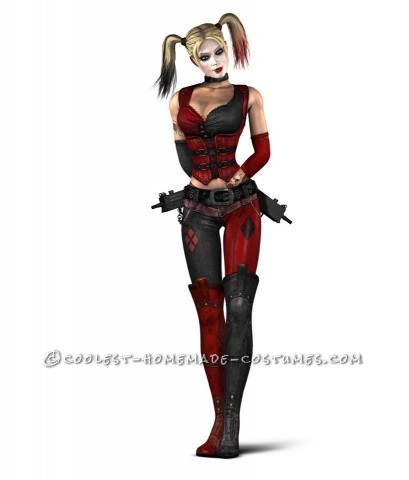 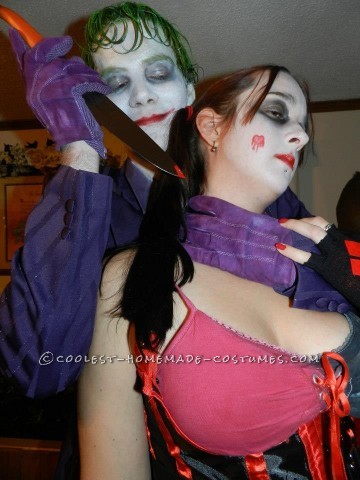 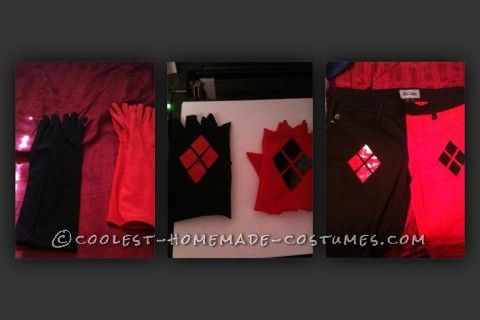 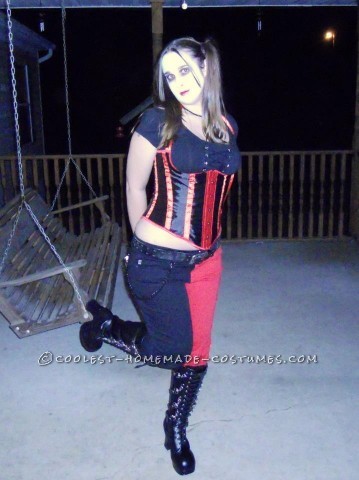