I started my scary tooth fairy costume with a Medusa store bought costume, painted and cut it up. I did a bit of layering of the garment and added a corset.  I made my own wings out of cellophane and wire.  I originally started out with 6″ homemade platform shoes, but lost quickly due to the difficulty I had while boarding our bus and the drinking aspect.

I had teeth made out of clay for a necklace and crown. I purchased white eye contacts. I used the lower jaw of a plastic skull from Target.  Cutting it and filing it down a bit and used it as a prosthetic for my jaw. I painted up some fake finger nails and used a technique  that make it look like the tips were splattered with blood using a straw. My make up was a simple all over white cream, that covered face, neck, arms and chest  (the picture shows it a bit worn off as it was a long nite of fun).  My husband went as the sandman, which was real simple with pj pants , robe, wig, and stocking cap  (and some blood shot contacts). 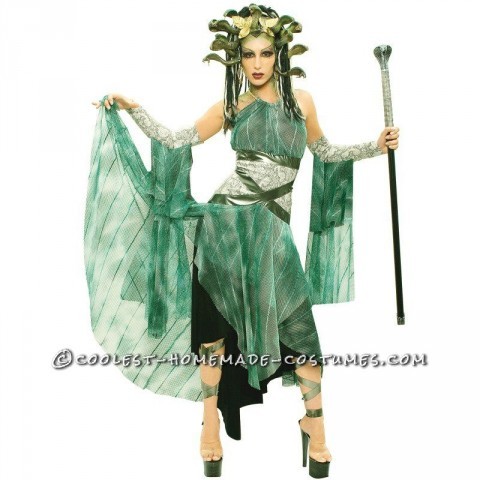 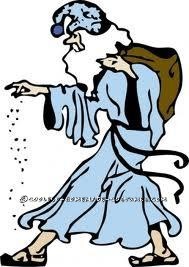 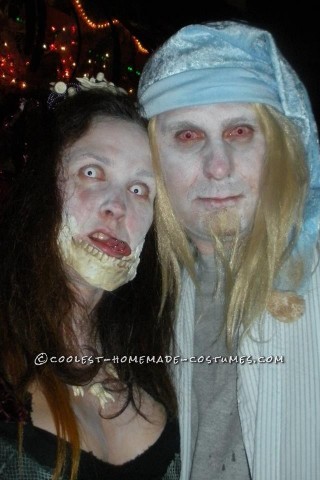 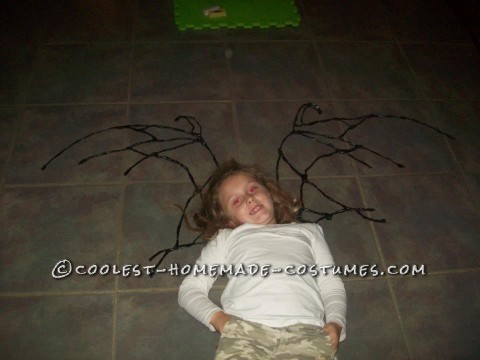