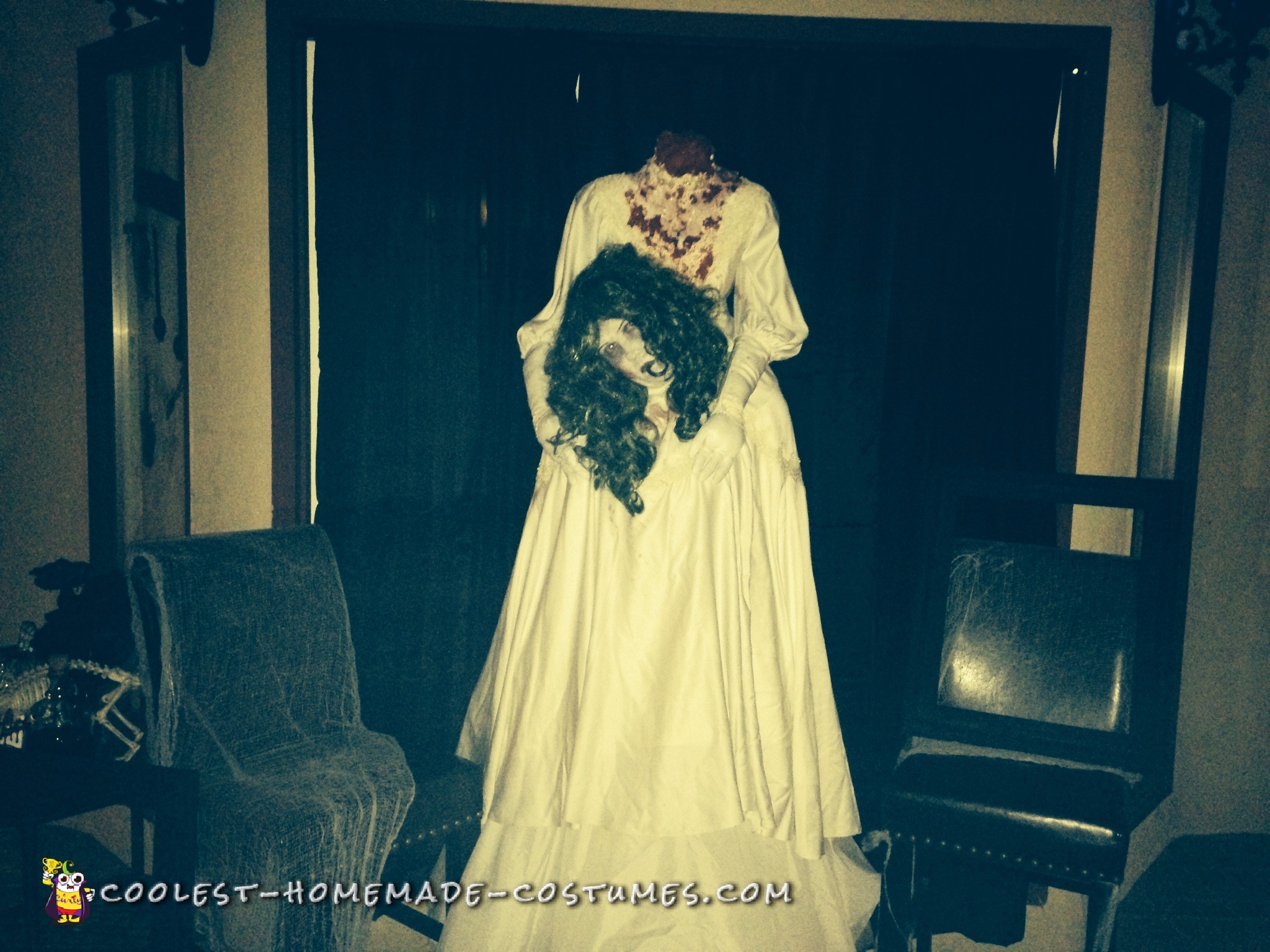 I knew I wanted to be a headless bride but it seemed so hard to make! I am so about Cheap & Easy! I found a plastic half dress form at the GoodWill ( Love that place) as well as the wedding dress and the petticoat! Total spent at GoodWill: 30.00!

I found an old backpack from one of the kids. I stuck the dress form in the backpack zipped it up then duck taped it down. Next I cut a horizontal slit in the dress where my head would go through. I placed the dress over the dress form.

I bought a pair of white gloves from the .99 cent store and stuffed with cotton that I had from an old tore up pillow. I finished the costume off with a 6.00 wig that I found at Walmart, applied white Cream makeup to my face, used purple eyeshadow under my eyes and on my cheeks for bruising.

I then put on the petticoat and wore flat shoes! In the daylight it isn’t very scary but at night people walk away from you! I also used a hair clip to hold my hands to the wig so it looks like I’m holding my head! Here you have it! I won first place at work, $75.00! I also went to a mass neighborhood block party to hand out candy and was the star of the show! Super Fun, Easy and Cheap!

Total Spent $50.00, The fun I had Making this costume? Priceless! 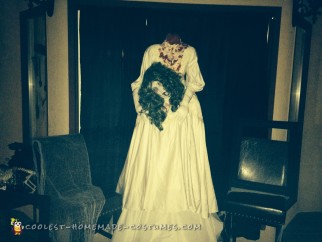 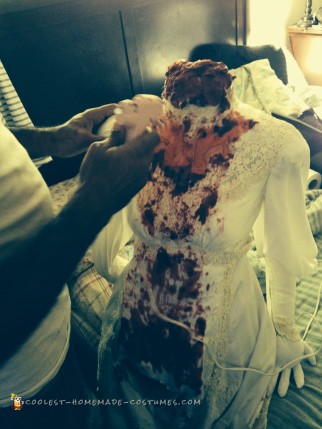 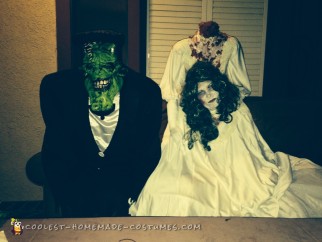 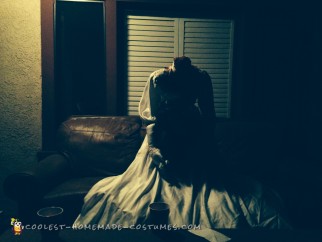