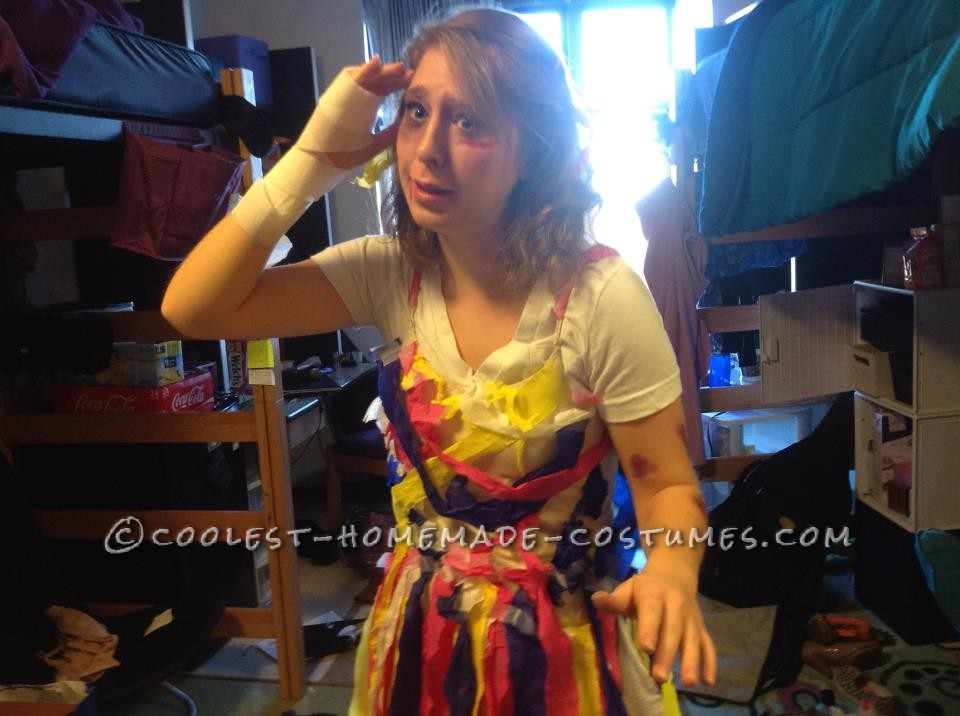 “Those kids…they were vicious, man. ”

This was the result of a very well-thought out, prepared costume, the abuse it endured, and the glorious creation that was born out of its crumpled remains. I had seen cute homemade pinata-dress costumes online, so I decided to give it a try for Halloween last year. The materials are pretty simple:

Cut strips of streamers and layers them on the tank top, starting with the longest layer. Glue first layer as a skirt until none of the tank top shows below. Then, layer over it with short strips, again going all the way around. Three layers is good, but the more you do, the fringier and more authentic the costume looks. Then designate a patterns and do a similar process for the top, gluing pieces into (for example) a layered v-neck, sweetheart, or other neckline. Put the shirt/dress on (with shorts underneath for safety) and trim the skirt to your liking. That ‘s it!

Unfortunately, as a broke college student with limited space, I neither had a hot glue gun nor wanted to go out and buy one. So I settled with tape. I was actually surprised as how well it worked at first…but I didn’t quite think about the repercussions of wearing my creation to a Halloween dance. I returned home that night, the night before Halloween, with streamers dangling and tape strewn haphazardly around my person. This simply would not do. I was about to toss the dress I ‘d labored over for 2 hours into the garbage when I caught sight of myself in my dorm room mirror and thought, “Huh, I bet this is how a pinata feels after the kids are done swinging. ”

And then it hit me. The next day, I took the remaining white streamers I had and wrapped a cast around my arm. I didn’t brush my hair after waking up, crumpled some more streamers and stuck them in my hair with bobby pins. I used some of my roommate ‘s costume makeup on my eye and arms. And as the day went on, I collected candy wrappers from various classmates and taped them onto myself. My transformation from cutesy party pinata to children ‘s party survivor was complete. It probably helped that I wandered the hallways with a dead-eyed stare and whenever someone asked me what I was I just shook and said, “They told me the birthday party would be fun… ” All in all, it was probably the most fun costume I ever made, and the reactions I got were priceless. If you ‘re looking for something sort of cute, sort of shocking, and very funny, I ‘d say this costume was a big hit…(pun completely intended). 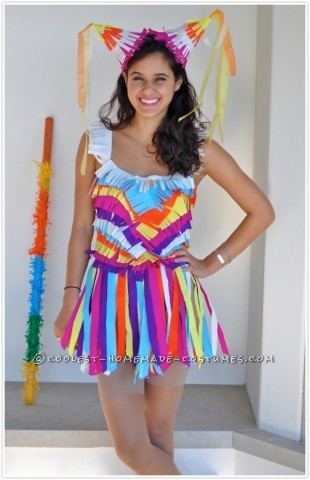 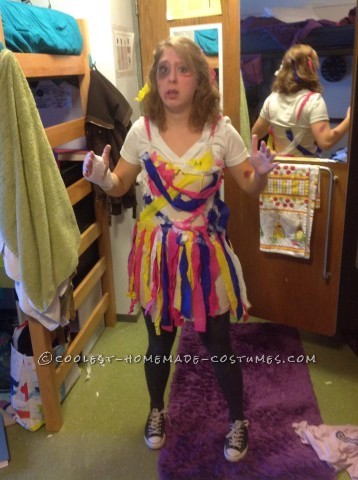