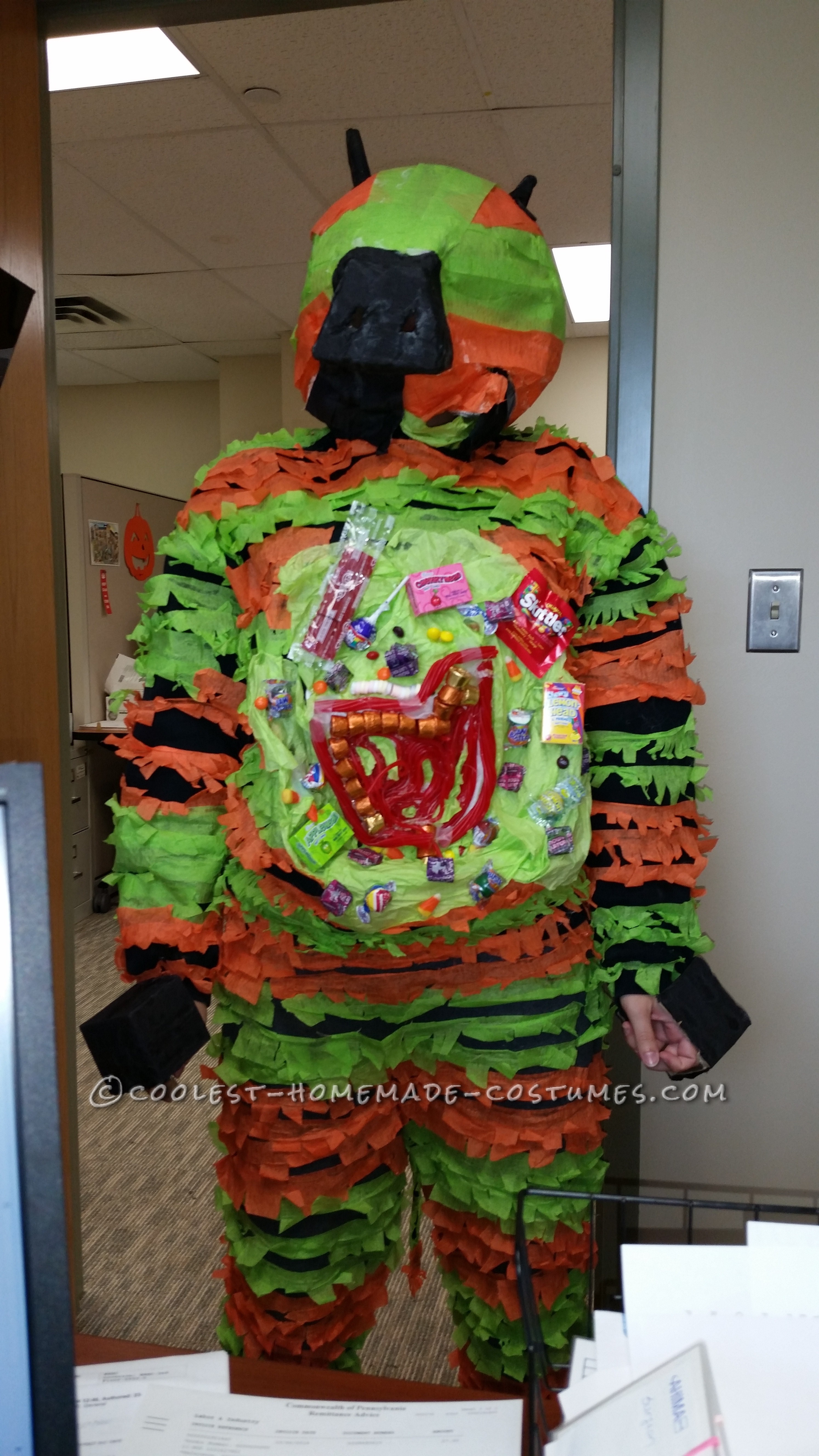 So this crafty Piñata with Sweet Guts costume all started with a crazy dream I had in the summer. I was being chased by a busted open piñata that wanted revenge, I mean he had the beating stick and everything! Candy was falling out of him, while chasing me! I’m sure a therapist would have a field day with this, but when I woke up I thought to myself (after the initial “what the heck was that about”) “that would make an awesome Halloween costume.”

October came and I’m finally at a job where I can wear a costume to work and not be flying solo. I work in a hospital so I had to tame down my initial kind of gory idea of a mean revenge seeking piñata and just go with a busted open piñata. I found this website and saw that a piñata costume has been done before, but not quite the way I envisioned it. So, with all the helpful posts and videos I found out how I could make my dream a reality (thanks to all the fellow homemade costume crafters).

I started with the paper mache head: a normal sized balloon I paper mached with the help of Youtube videos to guide me. At first, I got those big punching balloons but that was a little too big. After I had the head, I worked on the busted open candy insides of the piñata. I just got a lid from a tinfoil roasting pan (from Walmart). Turned an old hoodie inside out and glued the pan lid to it then cut out that part of the hoodie when the hot glue dried. This gave me my open stomach and then I put some candy in the shape of intestines (at least I tried to make the pull-n-peel Twizzlers look like intestines). I hot glued some more candy around the Twizzler intestines to give it that busted open piñata look. For the rest, I just hot glued some streamers all over the old sweats and cut it up to try to look like a piñata.

This Piñata costume was a lot more time consuming than I thought because I had a lot of trial and error with hot glue and paper mache, but it was worth all the effort to see my co-workers and patients reactions. They just couldn’t stop smiling and laughing and I kept getting compliments on creativity. I even got a little office prize for best costume ($5 Wawa card). It was a great Halloween, but I won’t do something that takes that much hot glue again… I burned myself a lot more than I’d care to admit. 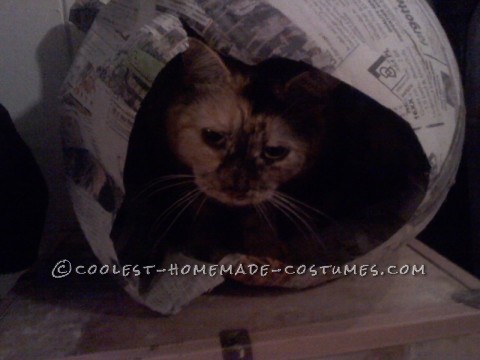 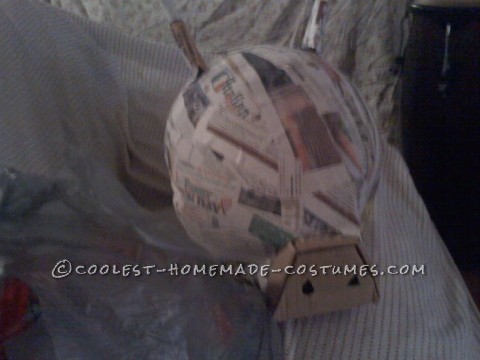 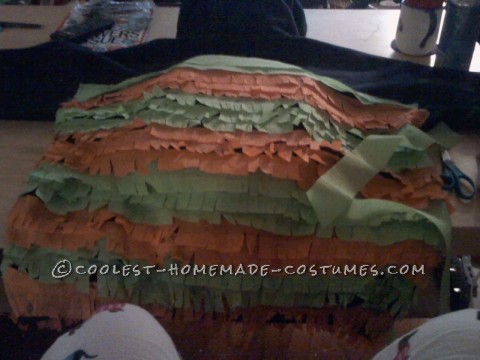 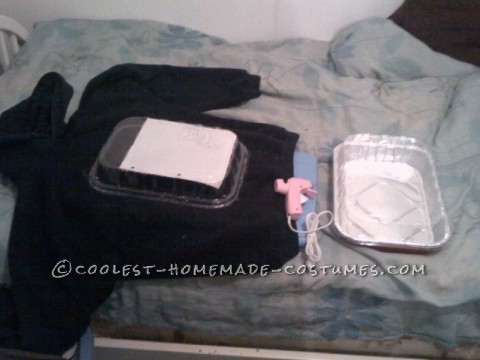 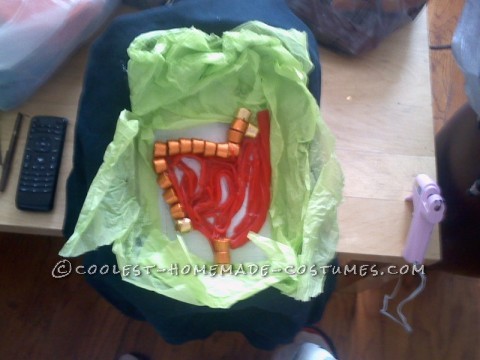