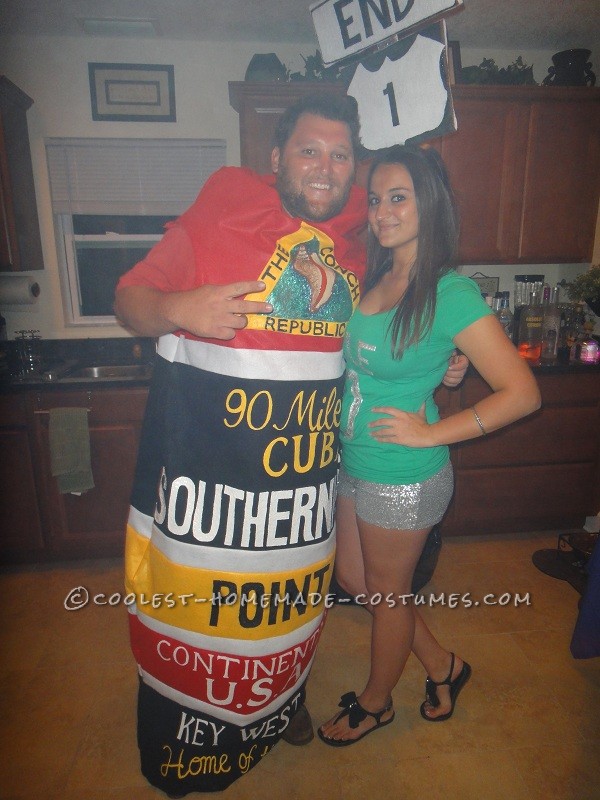 My boyfriend and I take one annual trip a year, and it’s to the Florida Keys. It’s our favorite place to get away, so I used it as inspiration when coming up with our Halloween costumes this year. Since we can’t take part in Halloween festivities in Key West, we brought Key West to us!

The first step I took was finding all of the supplies for our couple Halloween costumes. I took a trip to a local craft store where I bought red, yellow, black, and white felt, lots of puffy paint, and tacky glue. Thankfully my boyfriend’s sister is very crafty with a sewing machine, so she sewed the felt together into the shape of the Southernmost Point. His sister is quite the painter, as well, so she used a picture of us standing at the Southernmost Point in Key West as a model. She painted onto the felt of his costume with puffy paint, mimicking every last detail from the real thing.

Once we got his costume fitted and painted, I started working on mine. I picked up a basic green dress for the Mile 0 sign (I found the perfect shade of green to match the street sign!) and silver sequined shorts to imitate the silver pole where the Mile 0 sign is situated. With metallic puffy paint we painted “MILE 0” on the front of the dress.

Next was working on the “END” and US 1 signs to complete my ensemble. I found a black satin headband at the craft store and stopped at Home Depot to grab two wooden paint sticks. I painted the sticks with the metallic puffy paint and glued them together. My boyfriend drilled holes into the headband where we stuck two screws through to fasten to the sticks. I then painted the “END” and US 1 signs onto white felt, and glued them to cardboard. Once they dried, I glued the backs of the signs to the poles, and voila… my costume was complete.

We absolutely love these costumes! Everywhere we’ve gone as the Southernmost Point and Mile 0 Mile Marker people ask us to stop so they can take pictures with the “attractions.” It’s so much fun for us because so many people have pictures of themselves with these tourist attractions in Key West (we take pictures with them every year we go), so it’s awesome to have a picture with live versions! Somebody actually told me that they were going to frame their picture with us and put it next to their framed pictures from Key West! These costumes have been an absolute blast to have a good time and meet new people in! 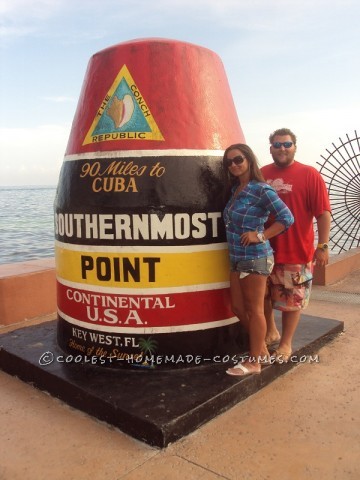 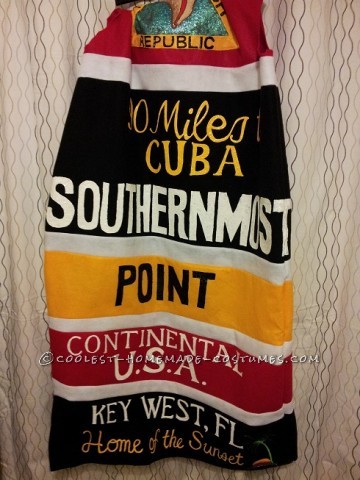 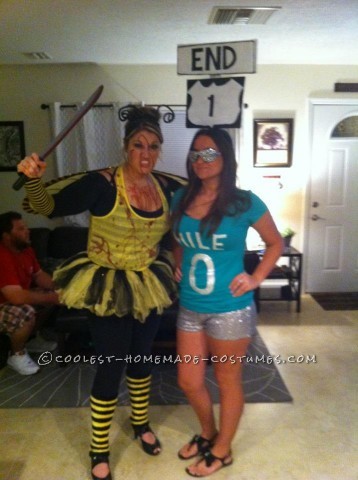 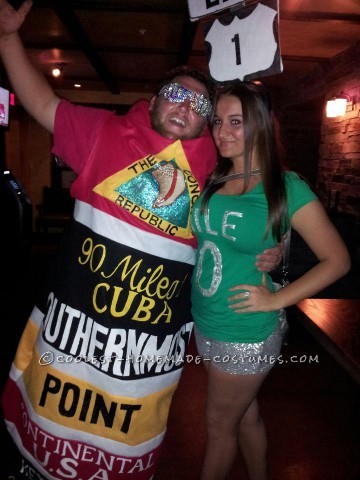 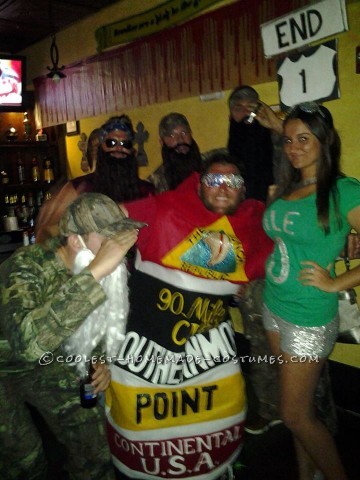 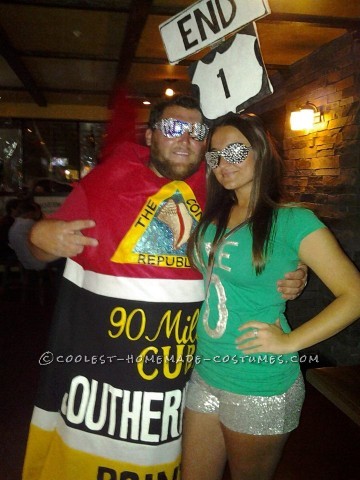 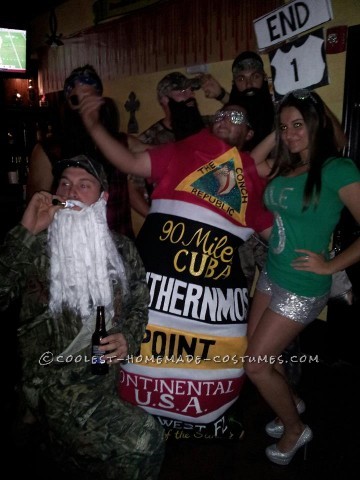