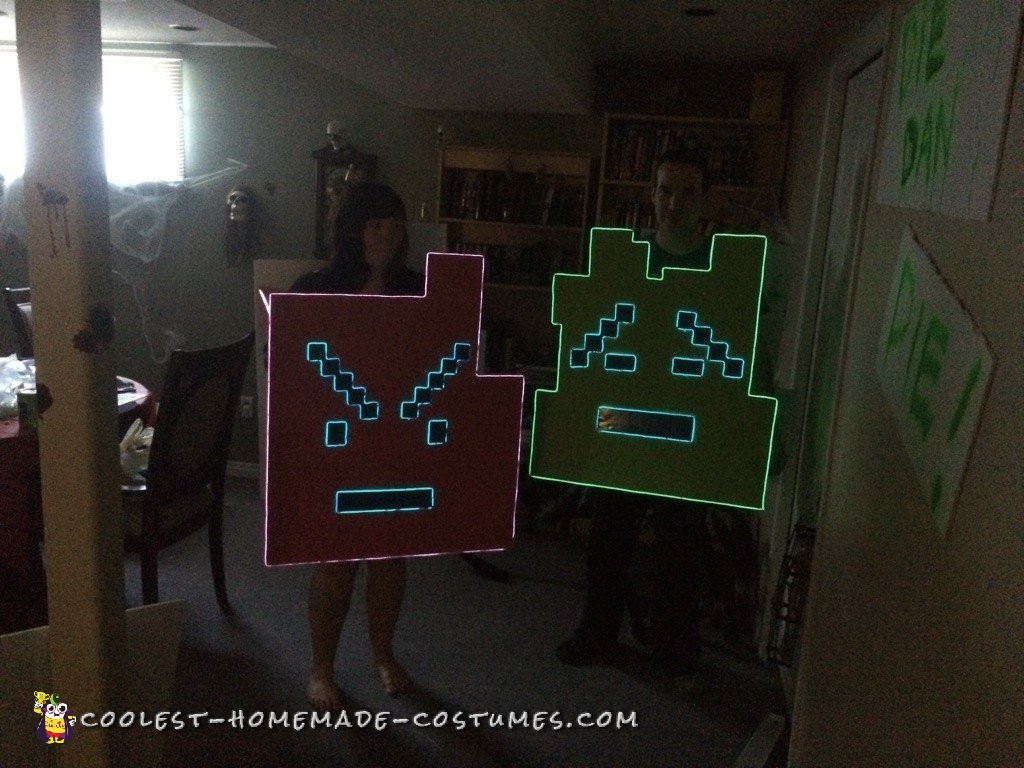 We are newlyweds, and the process of making this costume almost caused 2 divorces. Just kidding.

We are huge fans of the cartoon Aqua Teen Hunger Force and this was a costume we originally wanted to make in 2014, I had even ordered the foam board and had been storing it all year. We procrastinated and had to wait until this year to do it. We intended to start this project in the beginning of October but due to work schedules didn’t get started until 2 weeks before Halloween.

Initially we assumed this project would be easy, but the fact that I wanted it “to scale” made things more difficult. My husband – being the brains of the operation – measured out each section around the edges of the body and eyes, eyebrows, and mouth and drew it up on the foam board to scale. Then came time to cut the shapes out. He quickly realized how difficult foam board is to cut and it ended up having to happen over the course of a couple evenings.

1st divorce: He finally had his entire body shape cut out (after a great struggle) when I meekly pointed out that it didn’t look the same as a picture of the character online. Turns out he had based it off a photo that had been cropped without his knowledge and was missing the upper section. The foam board went soaring and he stormed upstairs and then it was bedtime. We continued the following evening.

The shapes were cut out and it was my job to paint them. All went well with mine, the pink paint spread nicely and the blue worked well too. I finished painting and left them in the garage to dry over night.

2nd divorce: It had been a few days since we worked on them because I was working late evenings. But now I had days off and needed to get his spray painted with flourescent green. Well let me tell you that the green paint did nothing but shoot huge droplets of paint all over the foam board. It ran all over the place and in a panic I tried to wipe it and just made things far far worse. I phone my husband and tell him “I ruined your costume! You’re gonna have to cut out the pieces again!” THAT did not go over so well. I was so frustrated I decided to go back to the store and get a better quality paint. I came home, gave it a spray and this time I used the lightest spray method I could and it still ran everywhere. I threw the can of paint on the ground, tossed the foam board too (which landed upside down in the grass making the painted side get grass and leaves stuck to it). I called my husband again in a rage and told him i’m done with his costume and he can do it himself. I went to bed before he got home and didn’t see him until the next morning.

The next day I had a fresh outlook and decided that I really wanted to get things done because halloween was 3 days away. I literally had to get things done. I went to the store and got them to mix me a can of bright green paint. Don’t ask me what kind, because I no nothing about types of paint. I got home, painted his costume and all went really well. I even began gluing the face and the el-wire onto my costume and piecing together the front and back pieces. My husband came home and was so appreciative of what I managed to get finished.

The last steps were gluing the face and wire onto his costume, bolting it all together and putting the straps on, which we got done the morning of Halloween. There was hot glue strings everywhere, I was even startled when I thought it was a spider web. We blew through probably 20 sticks of hot glue for these costumes.

In the end we really loved our costumes, and even won the category of “most creative” at our house party. The only downside we saw was that our costumes were kind of big to walk around in our own house with 40 other guests, which meant we were confined to standing still most of the night haha. But that was minor. We loved telling the story of how complicated these simple looking costumes were, and the reaction from the neighborhood kids about the el-wire was great. 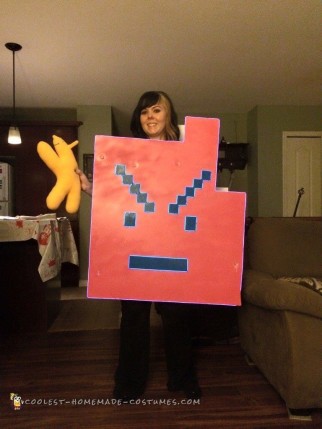 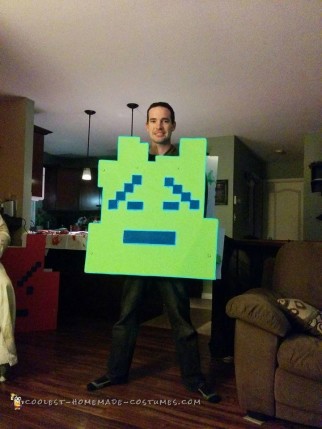 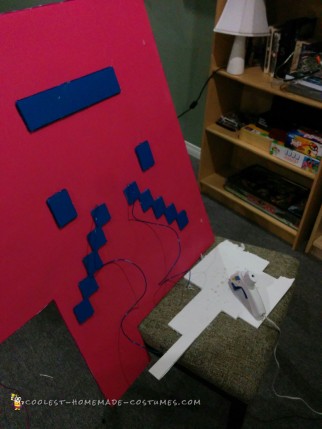 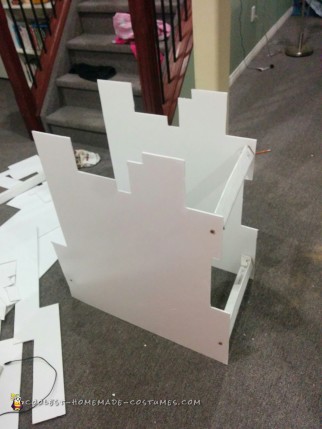 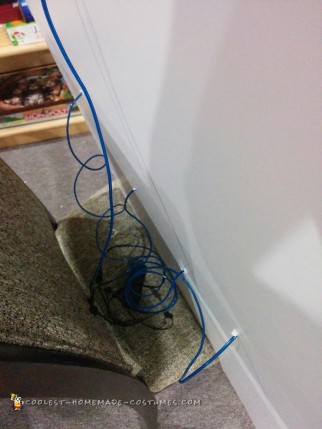