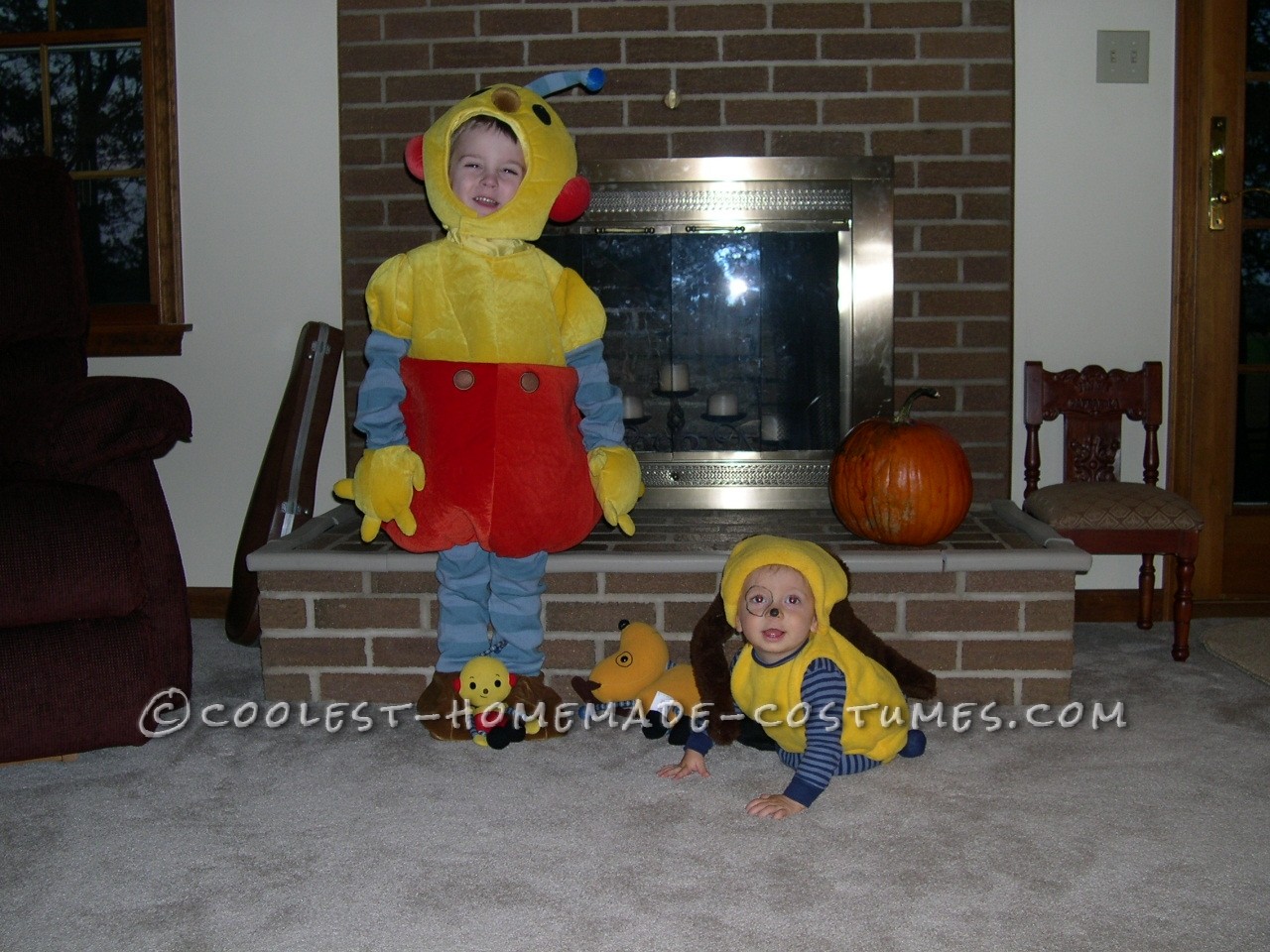 It was September, and just as has been the case for many years now, I asked my 10 year old son Chance what he wanted to be for Halloween.  “Something headless”, he replied.  Gone are the days of cute Halloween costumes, replaced in recent years by zombies and the like.  “Okay”, I said, all the while thinking, how am I going to pull this one off?

It all started out simply enough fourteen years ago.   My oldest of two sons, Vinnie, was born on Halloween day.  He had arrived six weeks early, so his only “costume” that year was a tiny diaper, a onesie, and a blue and pink striped hospital blanket.  But he was Our Little Pumpkin and Halloween instantly became the best day ever.

When Vinnie turned one, we dressed him up like our pet Dalmatian.  He loved “Ba-Ba”, as he called her.  I purchased a Dalmatian costume and the extent of homemade that year was me hand stitching the name “Spec” onto the red collar so it would match the name of our dog.  He was adorable.

Until the boys were old enough to choose what they wanted to be for Halloween, I of course chose for them.  The choices always had meaning.  When Vinnie was a toddler, he loved Eeyore, and so when he was two, I again kept it simple and purchased an Eeyore costume for him to wear.  That would be the last time I let myself off so easy.

We read to Vinnie daily and owned just about every Curious George book ever written.  For Vinnie’s third Halloween, he would be Curious George.  And his father would of course make a perfect, Man with the Yellow Hat.

I was the middle child of seven in my family and when we were young my mom made most of our clothes.  She also taught us all how to sew.  In the twenty years since I’d married and moved away from home, I’d scarcely done more than mending.  I never considered myself a seamstress like my mom, but I found myself in a fabric store hunting monkey patterns.  Once in hand I scouted for the perfect fabric and asked them to cut me almost twice what the pattern called for, just in case.  This was my first major costume undertaking, but it looked so cute on Vinnie that the trauma I experienced in making it was blocked out.  My husband’s costume was a culmination of a trip to the Goodwill, yellow dye, and yellow and black paint.  The storybook characters came to life and were a hit with family and friends.

Our second son, Chance, arrived that same year, just two weeks before Christmas.   He was born during an ice storm and we dubbed him Our Little Snowman.  I have the happiest memory of Christmastime that year. Not to mention a new character for Halloween.  He would make the perfect sidekick to Vinnie.

In 2003, when Vinnie turned four and Chance was ten months old, they became Rolie Polie Olie and Spot.  I made minor adjustments to Vinnie’s (I’m almost ashamed to say) store bought Olie costume.  Spot I did create, using Chance as a base; no pattern, yellow and brown fleece fabric, chopped up pajamas, and brown makeup.  That year was Vinnie’s first year of school, Pre-k, at his elementary school.  The school’s annual Halloween event was added to our calendar.  Aside from the school parties and brief visits to a few relatives’ homes to show off their costumes, we never trick or treated with the boys.

In 2004 Vinnie and Chance became a reflection of their first nicknames when I dressed them as a little pumpkin and a little snowman.  There weren’t any patterns for snowmen so I had to adapt.  My stores of fabric continued to grow as I once again purchased more than I needed.  The costumes were a hit and Chance donned his for our Christmas card that year.

Halloween 2005 holds a very special place in my heart.   I was still choosing the boys costumes at that time.  I honestly can’t remember what made me pick the Tin Man and the Scarecrow, but I’m so glad I did.  Remember now, I’m not a seamstress, I’m a mender.  A peek inside any of the costumes could result in snickering.  But what I lacked in skill I made up for in creativity, and if it looked good on the outside, all was good.  These were by far the most challenging and rewarding costumes to make.  I sewed many Tin Man funnel hats before discovering that ironing board fabric was perfect in every way for this costume, and so much easier to work with than the fabric called for on the pattern.  I think the boys spent more time in the costumes doing fittings than actually wearing them for Halloween.  They were beyond cute.  To this day every time I see a scarecrow I think of Chance.  I don’t see as many Tin Men, but of course it’s the same for Vinnie.

Vinnie has always loved dolphins.  He still has the “stuffed with love” dolphin that he begged for when were vacationing at the beach when he was four.  One look at Dofe (pronounced Dolphy), as Vinnie named him, tells you just how loved he is.  My mending skills have paid off as Dofe has gone into “surgery” many times over the years.  So it only made sense that Vinnie be a dolphin for Halloween.  With no pattern, the dolphin costume turned out better than I expected.  I, on the other hand, have always loved candy corn.  I just had to make Chance a candy corn before he got old enough to protest.  Parents and staff at the boys’ school began looking forward to their costumes every year.

We took the boys to Disney for the first time in 2006.  In 2007, Vinnie chose to be Mickey Mouse.  It was a pretty straightforward costume; mostly involving finding and altering the right clothing.  I keep all of their costumes, but those yellow slippers I bought for Mickey’s feet weren’t cheap.  So I got them in my size and still occasionally wear them.

Prior to Chance being born, our Dalmatian, Spec, passed away.  When Chance was four we got a Mastiff and named her Summer.  Chance wanted to dress up as Summer.  This was the first year the boys chose their costumes completely on their own, and the mouse and the dog were the cutest companions.

In 2008 I did something I’ve never done before.  Just like in the movie, and while Chance could amazingly still fit into it, I filled The Scarecrow with the straw that was Chance and brought him back for a second appearance.  Vinnie’s love for Legos turned him into a block that year.  My husband, Domenick, did most of the work on the Lego costume, and the first fitting was comical.  The round disks on the costume were made of wood and it made the costume very heavy.  Domenick hollowed them out and Vinnie was able to move more easily.  Well sort of – the poor little block still wasn’t able to sit.

The school parties the boys attended never had costume contests, and since Vinnie’s birthday actually fell on Halloween, his birthday took precedence over trick or treating on the 31st.  Chance has always been so good about this and never minded giving up the “holiday” for Vinnie’s birthday.  So throughout all the years and all the costumes, 2008 was the only year that we ever entered the boys into a costume contest.  I thought for sure Chance would win something as The Scarecrow.  Vinnie as a Lego won a prize for originality.  Of course he did, his dad made that one.  The one, and only one, he ever made.  But I was happy for them both.

In 2009 Vinnie was a 5th grader and in his last year of elementary school. Chance was a 1st grader.  To this day the kids, and even I, still enjoy watching Spongebob Squarepants.  Vinnie wanted to be Patrick Star.  Just thinking about how I was going to pull off making Patrick’s belly put mine in knots.  But nothing is impossible, and I was happy to try. Working without a pattern, the belly did turn out to be the most challenging part.  I ended up attaching plastic tubing to the inside waist of the costume and it created the perfect protrusion.  I wrapped things up with Chance, literally.  Gauze bandages worked perfectly in creating his mummy look.

Chance fell in love with the Toy Story aliens when he saw the movie.  Many have invaded our home since.  In 2010 Chance chose to be one of the aliens from the movie.  Even though Vinnie was in middle school now, he was still only ten years old and wanted to be an alien along with Chance.  I revised an astronaut pattern for the bodies and created the heads myself.  They were out of this world.

I just love gingerbread men.  Several years back I bought a gingerbread man pattern that I really wanted to make for one of them.  Neither one was ever interested.  My dream of ever making them into gingerbread died in 2011 as Chance entered his zombie stage and Vinnie was much too old for that sort of thing.  But at least they were easy on me that year.  Ripped up clothing and a painted face transformed Chance into a zombie.  A painted face and hair gave Vinnie his Angry Bird look.

Chance’s zombie phase continued into 2012 as he once again told me that that was what he wanted to be.  “Really?” I said. “Again?”  I think he likes walking with his arms out like that.  But it was his choice, so we ripped up some more old clothes and added a third eye to his face.  Vinnie didn’t dress up at all in 2012; those days were sadly over.  He instead volunteered to run one of the Halloween games at Chance’s school party to earn some hours.  He’s growing up.

So here we are, 2013.  I knew making a Headless Horseman costume for Chance this year was going to be challenging.  I was so excited about how it turned out.  It was actually scary for me to see him in it.   Kids at both school and in the family were genuinely frightened to see him.  At one time I had to pull the shirt off of him to show a child that a whole boy was underneath.  As for Vinnie, he earned more volunteer hours this year by handing out candy at one of the stations at Chance’s school.  That’s Vinnie in the photo, sans costume, sitting in the doorway with the Headless Horseman by his side.  My babies….

I truly cherished the time I spent working on Chance’s costume this year.  I knew this was the end of an era.  Even as I was ripping out and re-sewing seams on that black fabric, I didn’t question why I was putting myself through this as I had at times in years past.  I knew why I was doing it.  This was the good stuff.  These times don’t last forever.   No more school Halloween parties after this.  Chance is a 5th grader and will be moving on to middle school next year.  Vinnie is a freshman in high school.  It can’t be.  I’ve cried more than once as I’ve gone through all the pictures and recalled all the memories for this story.  What happened to Our Little Pumpkin and Our Little Snowman?   I thank God for the wonderful young boys they were, and for the wonderful young men they’ve become.  I pray we can all see the day they have little Gingerbreads of their own.  Yes, I’m saving that pattern!  And as sweet as it’s all been, this Halloween truly was – bittersweet. 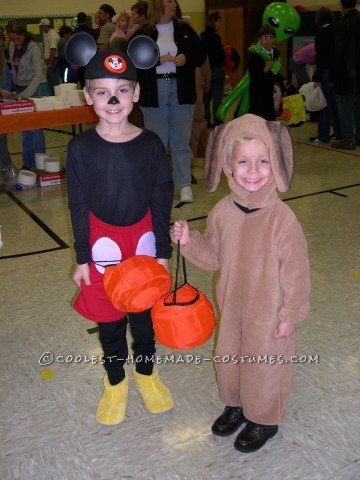 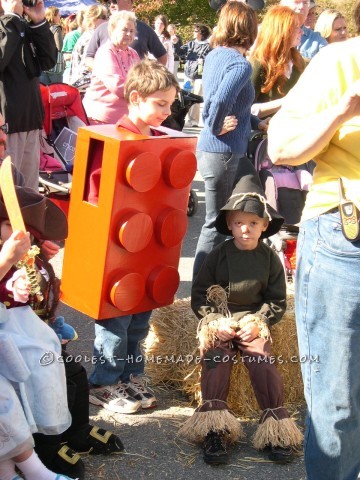 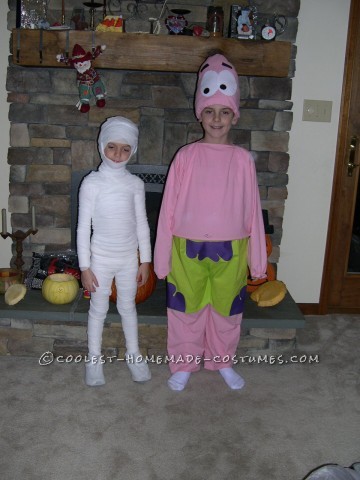 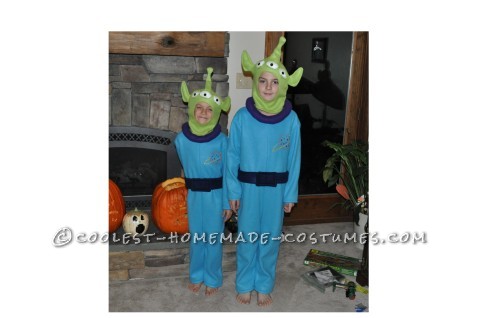 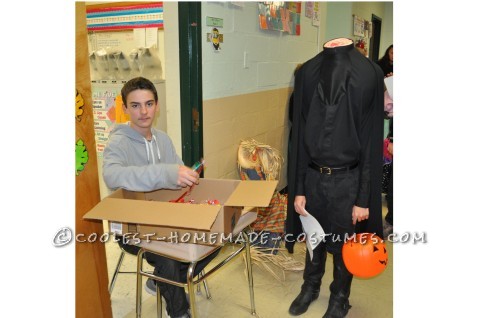 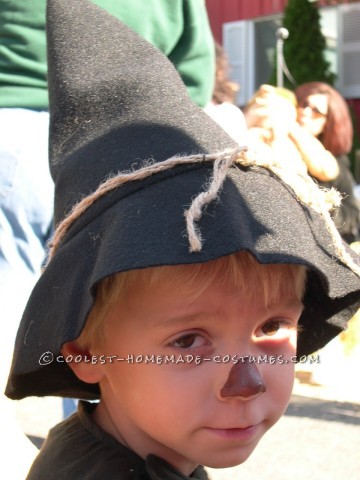 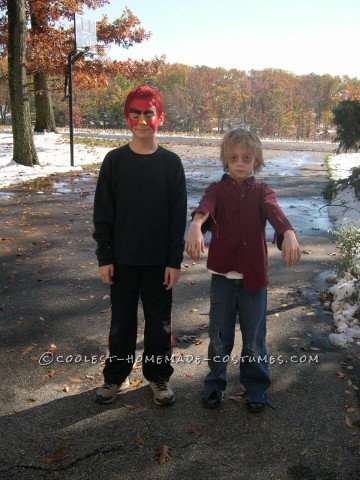 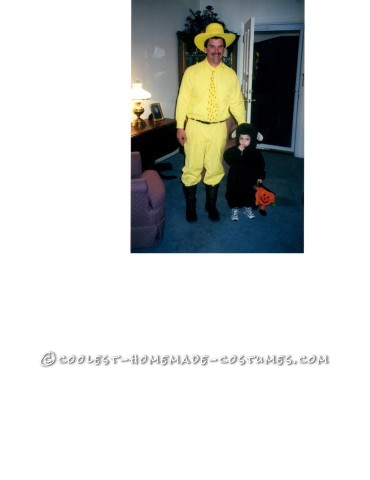 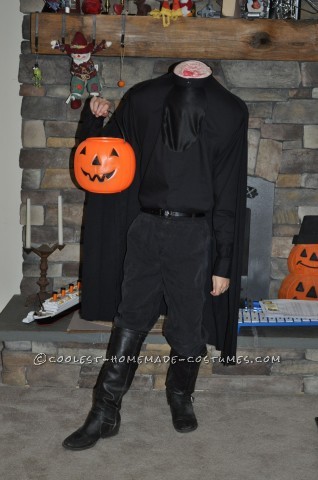 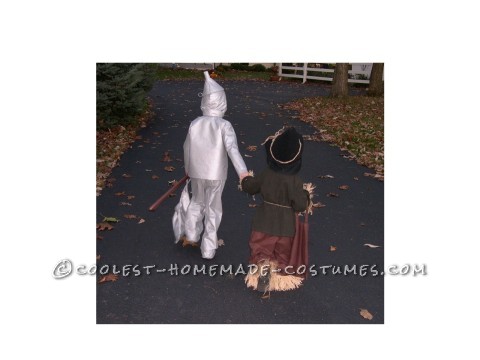 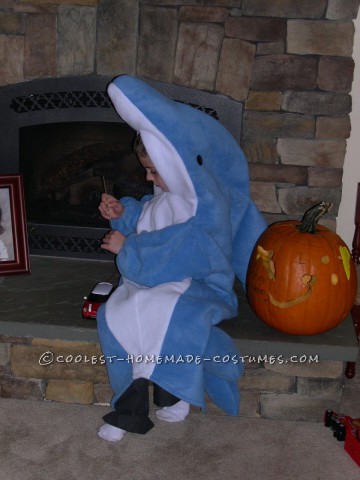 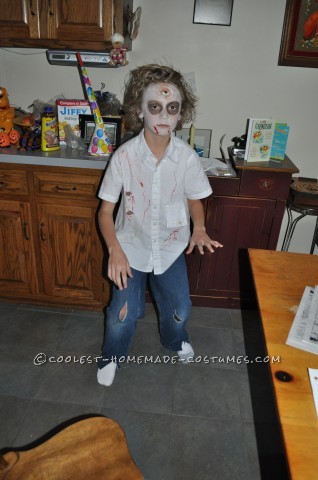 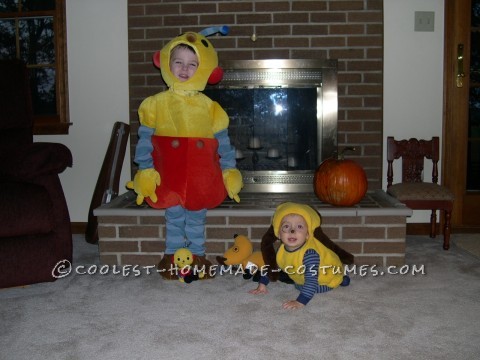 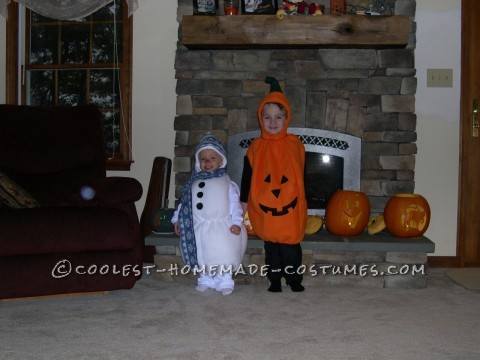 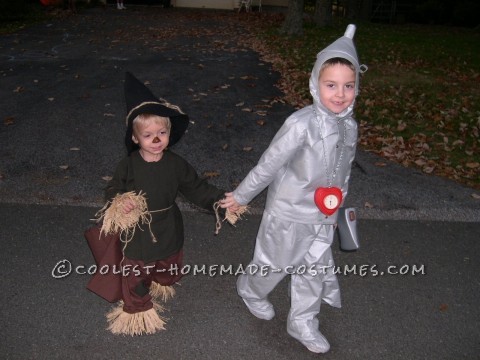 1 thought on “A Bittersweet Halloween”