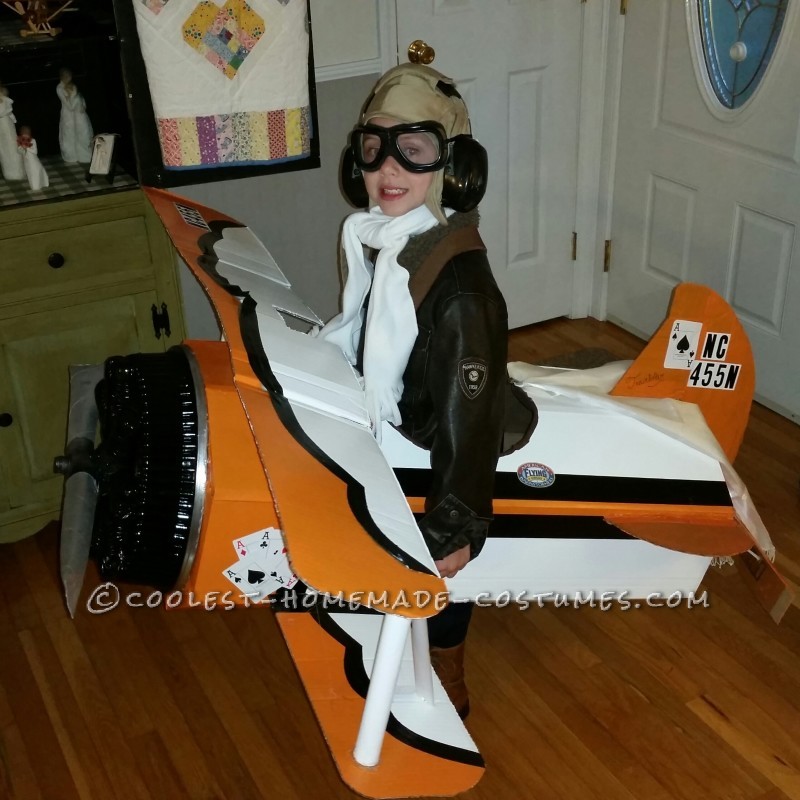 My 6 year old son, Nick, took an open cockpit biplane ride this summer in a 1929 plane named Ace, flown by a modern day barnstormer named Mr. Goodfolk (Dewey Davenport). Nick wasn’t overly excited to fly in a “small” airplane as he called it, being a commercial airliner is all he has ever flown in. No movie to watch or a nice flight attendant offering up a yummy snack was part of the offer, rather it was the warm summer air blowing in your face and the views of the town we live in. Nick bravely goggled up and boarded Ace with a death grip around my arm.

I was taking pictures, pointing out landmarks, smiling and enjoying the moment with my son, he still however was not about to let go of me. About half way through the flight, I could feel him begin to loosen up and become more brave looking over the side of the plane, talking, even giving the pilot a thumbs up that he enjoyed the ride. After making our final turn and heading back to the airport, Nick had a smile on his face that I don’t think anything could have removed, he no longer wanted my arm around him to secure his doubts and even said “this is so awesome I could do this all day long.” Upon landing, Nick was all smiles and full of excitement.

Mr. Goodfolk was gracious enough to give Nick a coloring book about Ace the biplane and barnstorming. The days that followed I would sometimes find Nick in bed with his coloring book tucked under him, having fallen asleep reading the story of Ace over and over again. All he talked about was his flight and wishing he could go again.

He had Ace on his birthday cake, talked of traveling to see Ace and barnstorming. I would find him in the back yard with his arms spread running around pretending to be a plane. So naturally as talks of Halloween grew closer and the decision was nearing as to what to be, it was hands down; not even up for discussion. He wanted to be a barnstormer and have a replica of Ace to take trick or treating with him. So I set out on my mission of making a biplane out of a cardboard box and making it look like the 1929 Travel Air 4000, open cockpit biplane Ace that had captured the interest of Nick.

Materials Used To Make The Plane

First I pulled apart the seam on the large box and folded each section in half and glued it back together, to give it a polygon shape and cut a hole in the top and bottom so it could be worn. I then cut out pieces to resemble the wings and tail rudders. Next I assembled the engine by cutting seven empty water bottles in half and gluing them cut side down on top of the party tray lid, evenly spaced with the bottom side facing outward. I then cut the foam craft ball in half and glued it in the center of the water bottles, cut side down. Next I glued two paper towel tubes, one on each side, to a toilet paper tube and placed a bottle top through the center. I then spray painted it black. Next, I painted all the pieces to the actual plane orange and white to resemble the paint scheme of the real Ace. I glued the engine on the front and and the tail rudders on the back of the box. I then glued the bottom bi-wings on, one on each side. Next I attached the top wing by first gluing two toilet paper tubes in the center and gluing it down on the top center of the box. I then attached paper towel tubes in between the wings to help support them and added string to act a fly wires which also added support. I glued down the Ace cards and decals, placed the N numbers on the wing and tail. Attached the suspenders to rest on the shoulders of Nick so he could carry the plane and attached the scarf.

Materials For The Barnstormer Look

VIOLA! Pulling It All Together!

For the barnstormer costume, I purchased a used bomber coat and boots, borrowed a scarf, aviators hat, goggles and ear protectors. “Viola”, there you have it- a barnstormer and his plane.

Wrapping It All Up Beginning To End And Meaning In Between

The costume took about 20 hours to make, working on it over the course of two weeks. I spent a total of $75.00 on everything, the plane and his attire I purchased. Nick was so proud to represent the real Ace and barnstorming. More so than to be praised for on appearance and I know Halloween is a fun time, I think there is something to be said about how influential a person can be to someone.

I think Nick should win not only on his costume but his story of how a 6 year old boy was influenced by a pilot and his plane based on something from 85 years ago, when barnstorming was not only for entertainment but a way of living. How cool to pick your Halloween costume from something vintage and that you have an interest in and passion to learn about. Very cool in my book! And on a side note, the pilot of the real Ace was very impressed and proud to have someone whom he was able to teach about what he does, and a small child at that. Crossing my fingers for a future pilot! 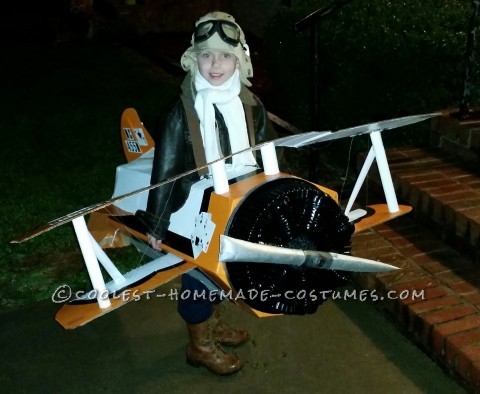 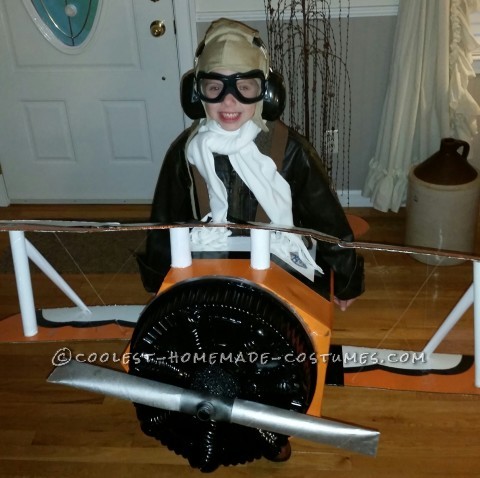 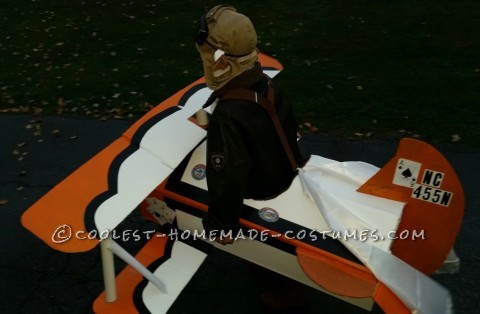