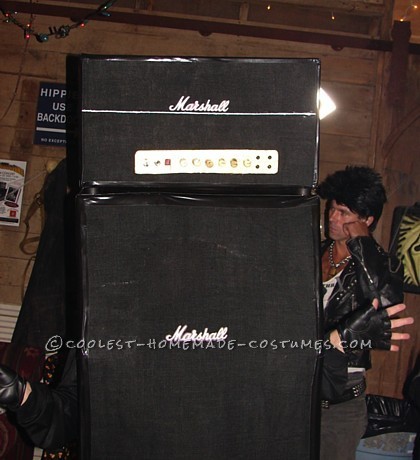 Anyone who is a fan of live rock n’ roll music will appreciate this one! Marshall amps and speakers are well known equipment amongst musicians of all genres.  This is my homemade version of a Marshall 4×15 slant faced cabinet with a Marshall JTM45 head. If you are a fan of this equipment, you will appreciate the detail in the costume.

The party I attended was put on by a lot of local musicians from various bands from my hometown so my costume was a huge hit at the party. Nobody had ever seen a costume such as this one, it was very original. I also handed out guitar pics to everyone at the party. After the party had wound down and most of the guests had left, the hosts of the party were locking up the building and just happened to glance up at the stage where I left my costume sitting amongst the rest of the band equipment.  They saw that the “on” light was on and thought a band member had forgotten to turn off his PA, only to find out upon closer inspection that it was, in fact, my costume and not the real thing!

I wanted to make the costume seem somewhat interactive so I took steps so that the “on” light on the front of the head would actually appear to be lit. To do this, I installed a small battery-operated set of holiday lights into the back of the costume. I positioned one of the bulbs behind a small square cut into the cardboard and covered with a small piece of tail light repair tape. The remainder of the lights in the 10 light set will serve another purpose which will be explained in a later step.  That’s me inside the costume. 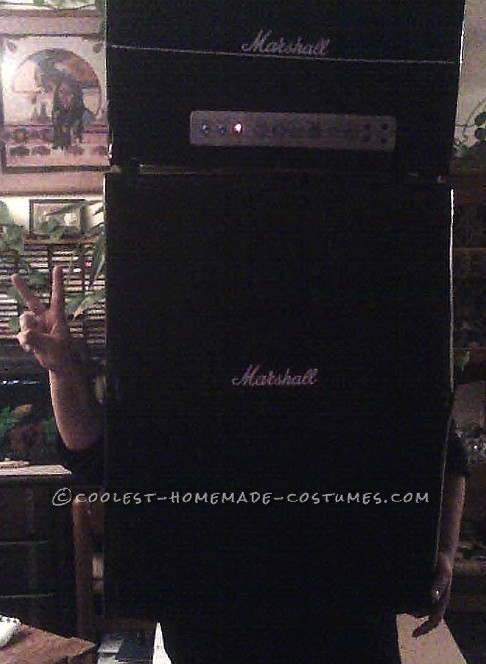 Detailed view of the front panel of the Marshall JTM45 head:

This step shows the detail on the front panel of the PA head. The tone and volume knobs are made from fingernail polish caps (with the brushes still attached) which have been painted gold and inserted into small holes in the panel which is also made of cardboard and painted gold. The knobs can be turned just like the volume knobs on the real thing. I referenced a funny scene from the popular rock n’ roll movie, This Is Spinal Tap, by numbering the volume knob to 11. This view also shows the working “on” light 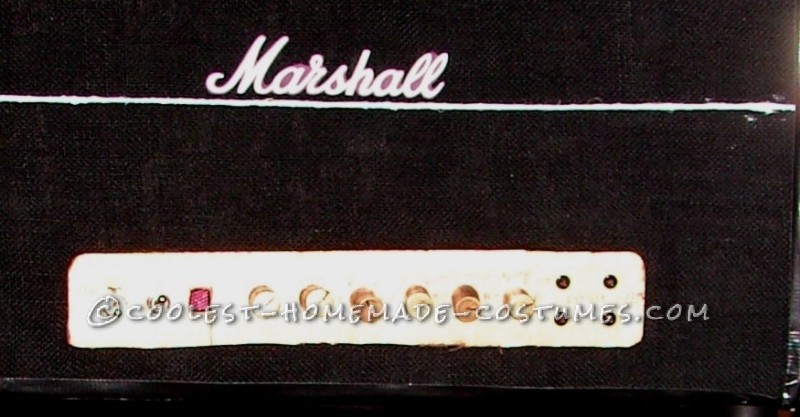 The Marshall JTM45 PA head has tubes and capacitors which can be seen by looking inside from the back.  To create the tubes, I hollowed out four aquarium light bulbs and then mounted them into the back of the costume. To simulate the glowing tubes of the real thing, I inserted one of the clear light bulbs from the set of holiday lights up into the bottom of each hollowed out bulb. The capacitors are made from four plastic prescription pill bottles which have been painted silver. 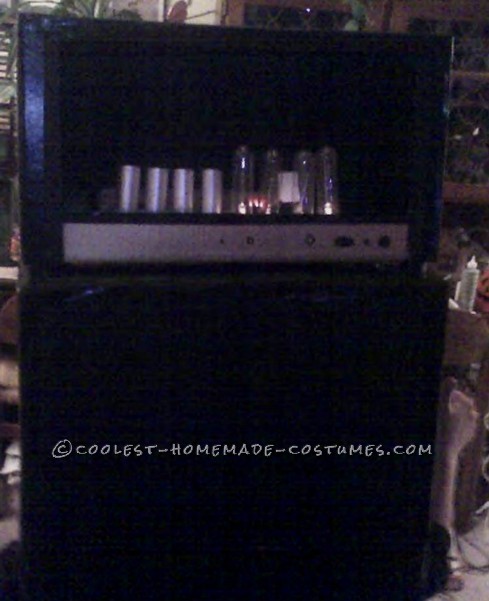 The costume was the talk of the party as the guests looked on in amazement at the overall idea, the originality of the costume, and the great attention that had been paid to detail. 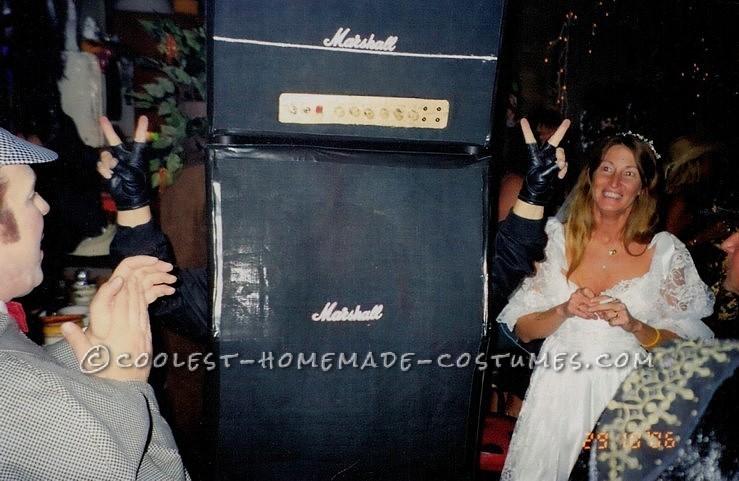