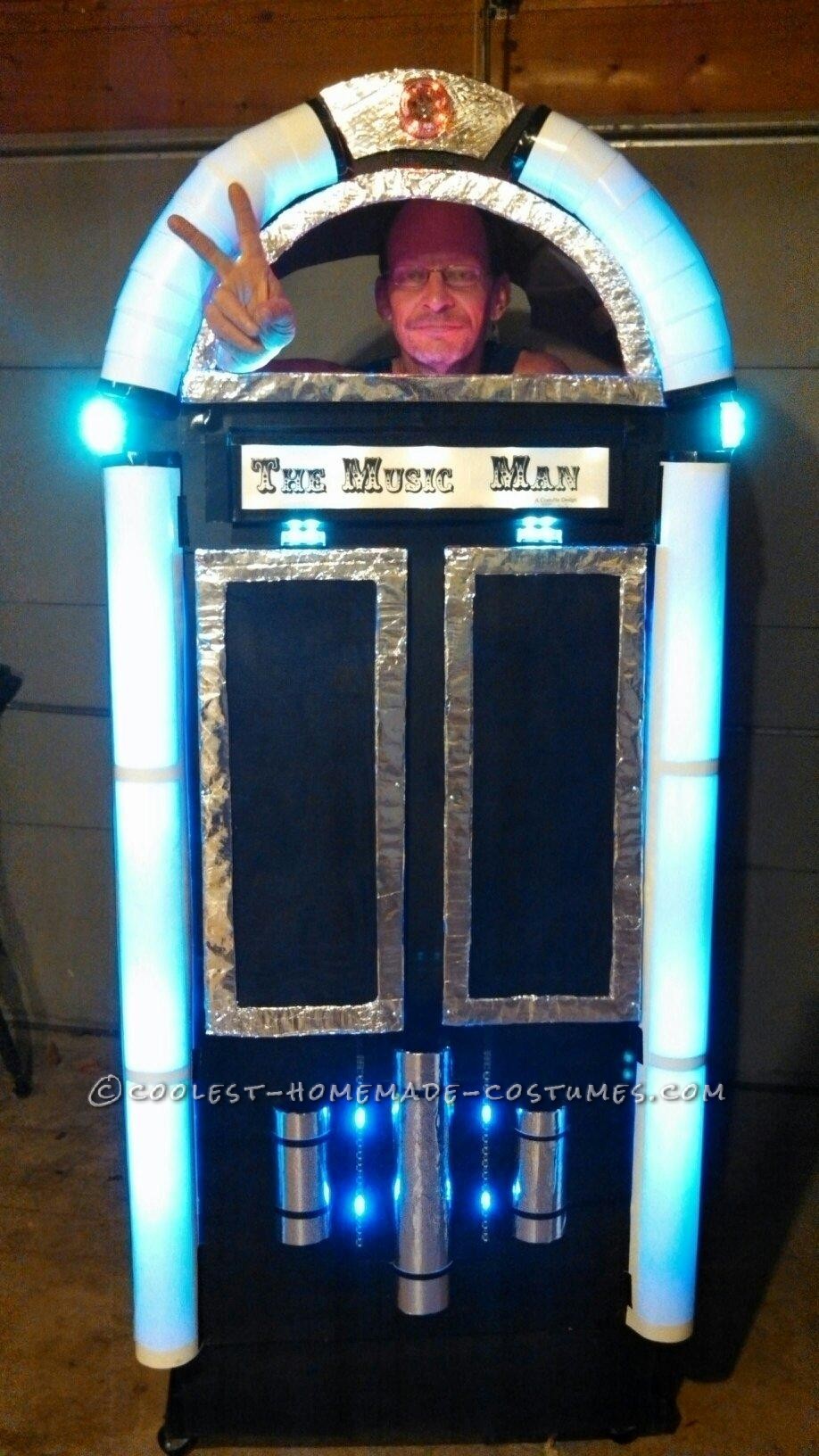 I asked my kids what I should be for Halloween this year. One of them said “too bad you couldn’t be something that plays music”. My Wife said, “Like a Juke Box”? … all 4 kid responded, “a WHAT?” That’s when I realized that they HAD to see a juke box. and what better way to show them, than to build one … and what better reason to build one, than a Halloween costume! The Challenge was on!

First I buit a wooden frame for the Chassis. On that, I mounted an old drawer from a dresser, that I converted into a speaker box and mounted two 6 x 9’s in. Then I bolt a 500 watt stereo amplifer to the back of it. I figured if I was going to do it … I HAD to do it right! So at the bottom of the frame, is a 12 lawn tractor battery to power this whole thing.

Next was the body, the frame is made out of light weight 1/2″ x 1″ firring strips.  I used an old piece of particle board for the front, and covered the top and sides in lightweight conveyor belting. The light assemblies are also made out of cardboard and conveyor belting. The real tricky part was getting the bend of the rounded top. Careful cuts and lots of duct tape, I finally got it looking pretty natural. The display in the top is all made out of card board, plywood, and tin foil. I decided to make it tilt back into the unit so I could open it up and talk to people now and then. Later I discovered that I needed it for fresh air occasionionally. The record in the middle of the back of the display, is actually a screen that I can see out of, but no one can see in.

After getting the structure built, I had to add the lights. 12 sets of automobile accent lights were used in various places. I tried to spread them out for a larger affect, but it turns out that they were all pretty bright and almost blinding in a dark room!

Inside I mounted 12 switches, so each light had it’s own control and I could creat a more dramatic performance. I also decided that each light needed a push button as well so I could easily beat them to the music. After my first test run, I decided, with thte heat of the amp and lights, I needed a fan inside as well!

I love to watch people freak out when this thing really gets going…. watch the video and see for yourself!

I would love to win a local contest this year, but I think just getting out there and turning everywhere I go into a “Party” is going to be the BIG Prize! 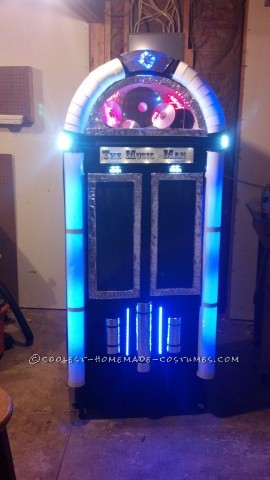