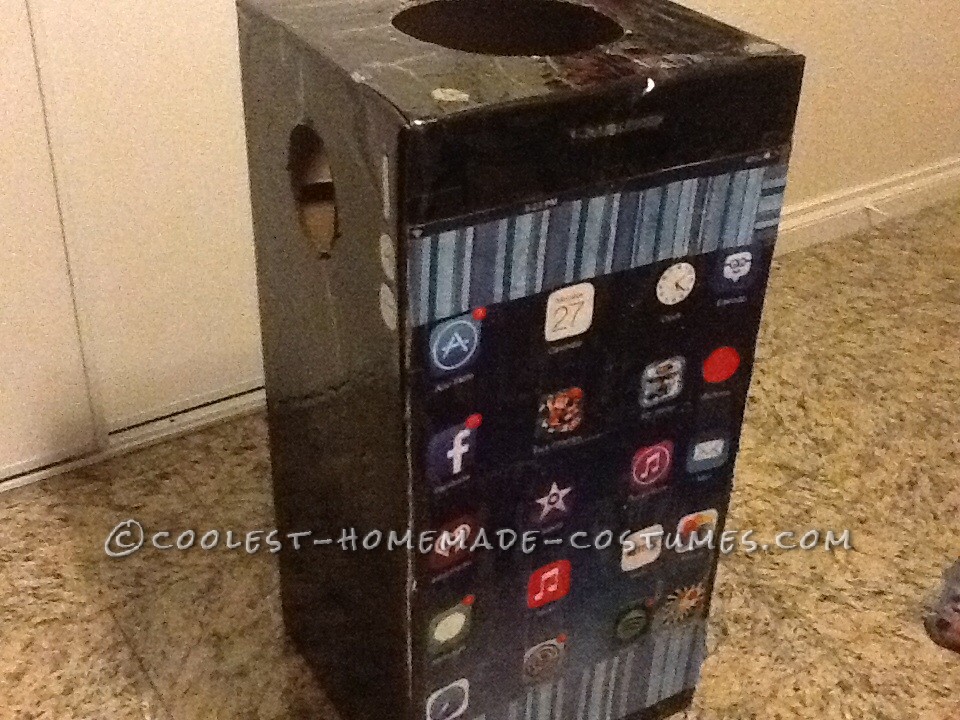 Hi my name is Victor and I’m Twelve years old. Your probably wondering why I’m telling you this right? Well the reason I named my masterpiece the “Guy-Phone V” is because it’s based on the first letter of my name and well I’m a guy. The reason I made this wonderful costume of an iPhone is based on one cold hard reason – because I wanted to take a step outside the box. Why is this an out of the box kind of idea you may ask? Well how often do you see a walking iPhone as a costume on Halloween?

The reason I chose to be an iPhone is because out of my eight years of experience with trick-or-treating I always see the same old things from last year – the regular like witches, wear wolfs, zombies, and ghosts. So I said to myself “What can I do for a Halloween costume.” Then it hit me like a rock to the side of my head and just for a second I could see the glowing light-bulb over my head. I got the best idea ever I wanted to be an iPhone and then faster then lightning I sprinted to my room and started jotting down a planning paper.

I worked hard to plan it because I felt like I was on Cake Boss. I made a miscalculation and the whole thing was ruined. So when I finished the prototype model and I got to the materials part I almost gave up because it was almost up to fifty dollars worth of supplies. Then I felt like the sun gave light to me because I got the idea of all of my supplies in the garage. There I found even better supplies than before. If it wasn’t for that I would have given up!

Then there is another reason why I chose to make this great costume… because of the Halloween dance at our school. There was going to be a costume contest and I was inspired to make the iPhone even more than before. It’s ironic how I was thinking outside the box but yet the costume I made I was supposed to be inside the box. So then the steps to make such a great and cheap homemade costume is really simple.

What I did was first I had to measure the box to my size and get it right. Then I had to use the ruler to make the lines for the dark window tint. After I had to glue it on and add the decorations. Then I put the printed portion and taped it to be kid-resistant because I knew that lots of people were going to be touching my front. Some of the things I heard were “Hey can I use you to call my mom” or “Hey let me play some games on that.”

I had a really fun experience at school and out on the streets. The hardest part was getting in and out of the box. The funniest thing that happened is when I tried to sit down I attempted to take it off but instead I just fell down to the ground. All together it was the best costume for me ever because it’s so amazing and I admire it. 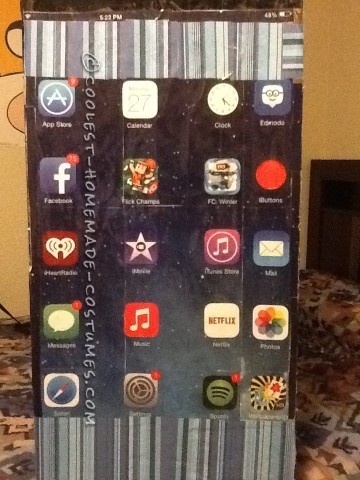 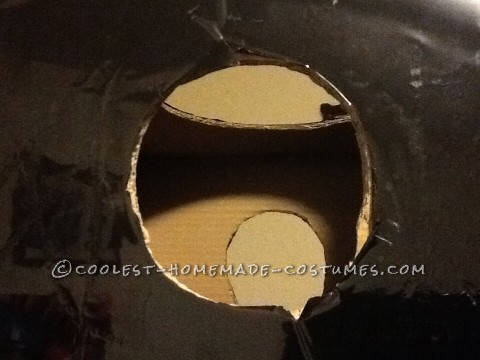 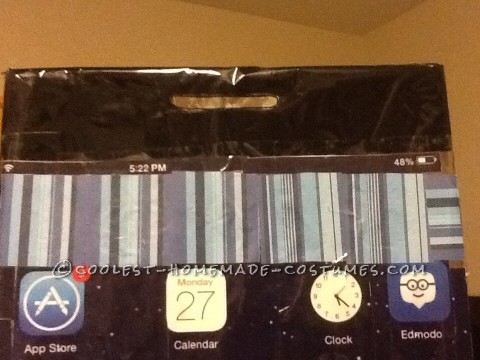 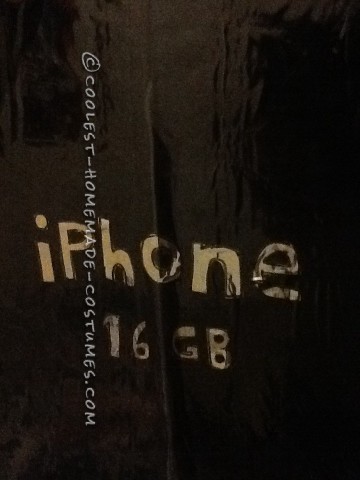 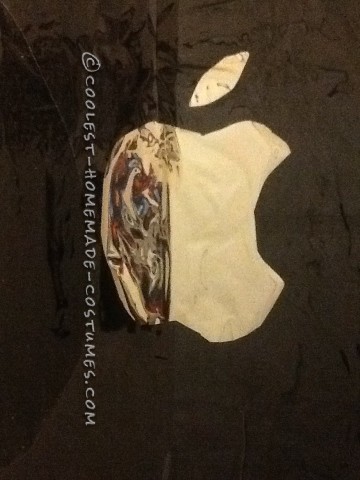 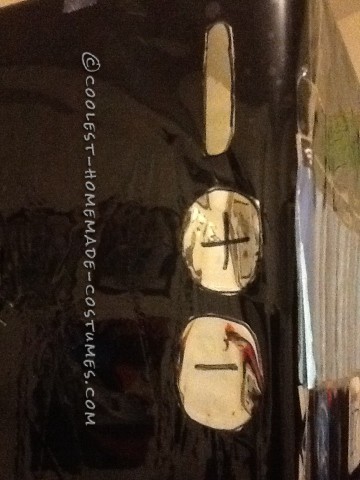