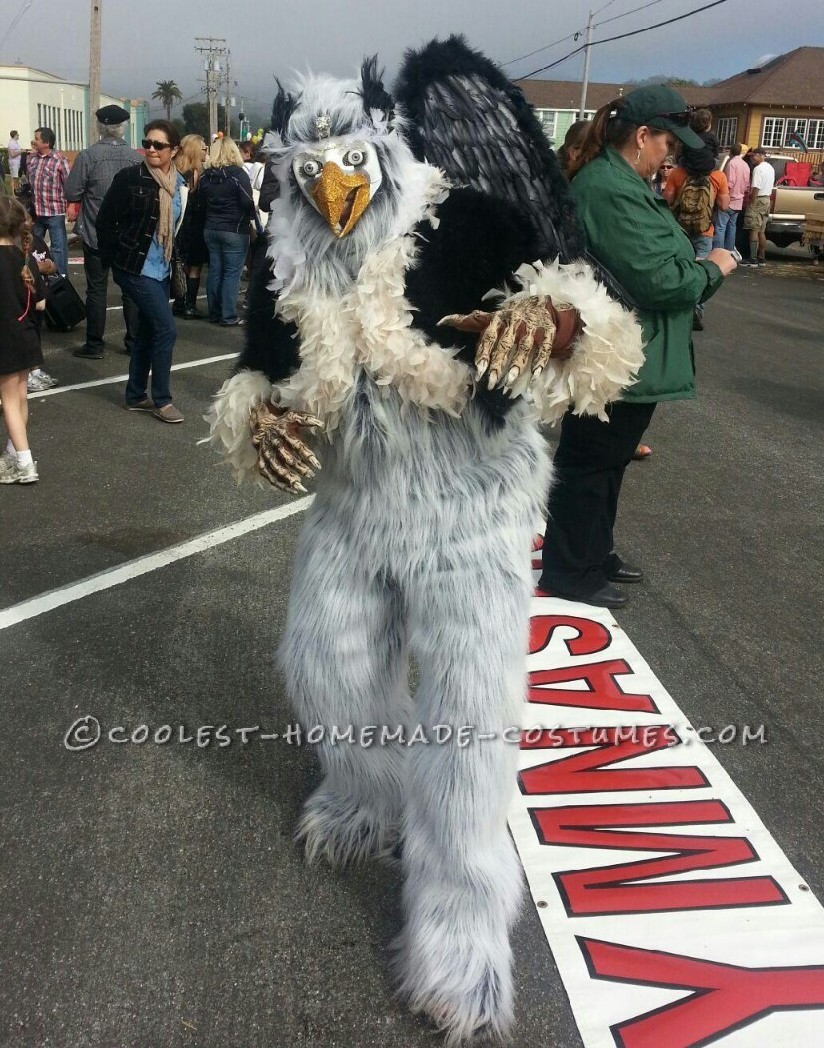 It  all started with an old feather jacket that i had made long ago which was hidden in my closet. I though for a  long time (10 minutes or so)  what i could use it for? TA-DA, i can be a bird, seconds later i thought  boring. During that night i looked in my craft bag and found paints glue and a glue gun. I had an old face mask and figured i could do a paper mache project, i use a paper towel roll for the beak, i found old jewelry, beads, chain and feathers to add  embellishments , as i painted away and glued on the beak added some gold glitter to make it pop out , still i was not  thrilled, something was missing, i slept on it, i needed eyes. went online and found awesome realistic eyes. They came in a few days and i was pleased and after that i new he was coming into a fun character.

That weekend after his face was finally put together and looked animated, it was time to give him a body. I took a trip to the local fabric store, and boy fabric is a pretty penny, i was in luck and found an awesome clearance rack, so many choices, i ended up with gray fur, which really ended up looking great. Since i used fur i thought my bird will become a Griffin, half feathers and half fur. You may ask whats a Griffin?? part eagle head  upper body and talons and the wings and lower part of a  lion. I was getting excited each day as he was coming along, Glue, Pins and Sewing. He finally came to be, but i needed some claws, so i found some old costume gloves and put them on along with the full body and attached some wings to my back, looked in the mirror and thought WOW, YOUR AWESOME in this 5 piece outfit. Last thing i added was eye lashes to the lower eyes, got the idea from watching clock work orange, pretty creepy.

i went to a street party with my partner, i let him use my rendition of Nikko the Flying Monkey from the Wizard of OZ, which i made last year out of and old monkey mask, an old work button down shirt, glued on some wings to it, used an old onesie pajamas and some gloves and feet, i used a wig and attached it to the mask and added fez i made out of felt. I used spray paint for the head, hand and feet, a little red for the lips and Nikko was born.

Back to the street party people were yelling “awesome costumes” and other wonderful compliments, the one we heard over and over was ” its the Flying MONKEYS” Flying monkeys?? Apparently my Griffin costume was a “Flying Monkey” or it was a part in the wizard of oz?? I’m assuming it was in the deleted scenes. We decided to enter this years costume contest in Half Moon Bay CA, were my partner lives. Awesome town during Halloween and Pumpkin Festival.

We ended up winning 2nd place. Everyone thought we were robbed of 1st place, we lost to an Alien mask on stilts. We were not sore losers, we were glad we won a title and it was just plain fun to dress up and be in the parade walking down main street making people smile or just freaked out because they always had a fear of Flying Monkeys.

After the parade we planned to walk back home, but which would have taken about 10 minutes or less, but every moment we took a step there was a “may i take a picture” ” can you pose” “smile”, kids wanted to pet us, older women wanted a hug, men wanted shake our paw and claw, it was like we were surrounded by PAPARAZZI, only in an awesome costume does that ever happen. Im sure you can find use on instagrams, twitters or whatever social media sites #Flyingmonkey :)

The over all experience was Golden, sharing happiness with my partner for others, bringing smile and tears to them.
Only a few old timers knew what a Griffin was, there was an older women who shouted Griffins roamed the sky when i was a child. i thought that was funny, but then only she knew what she saw as a child :) 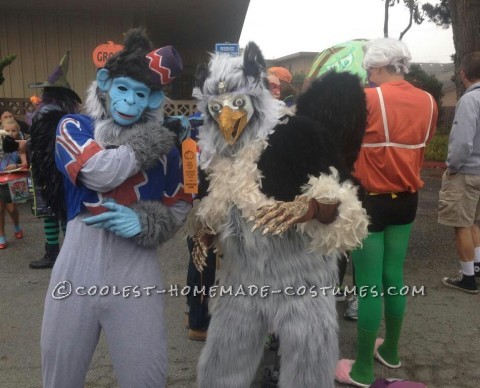 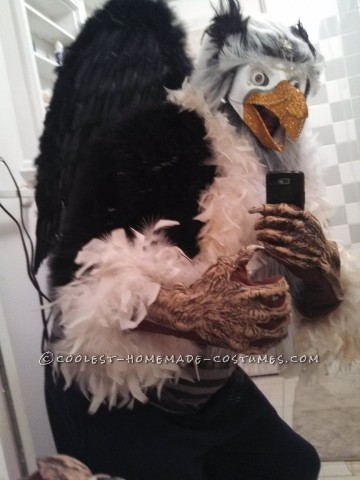 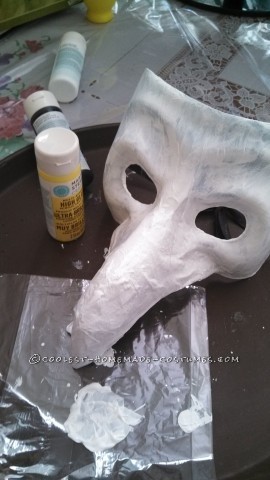 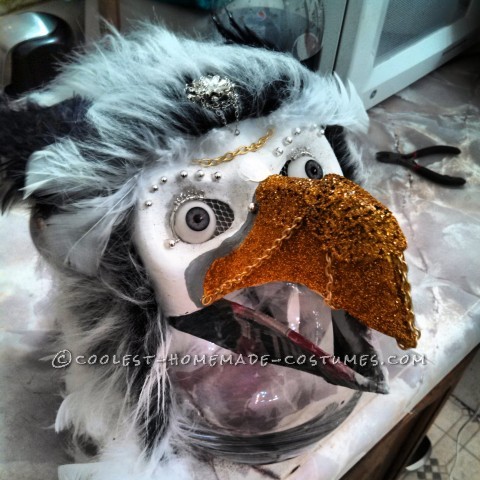 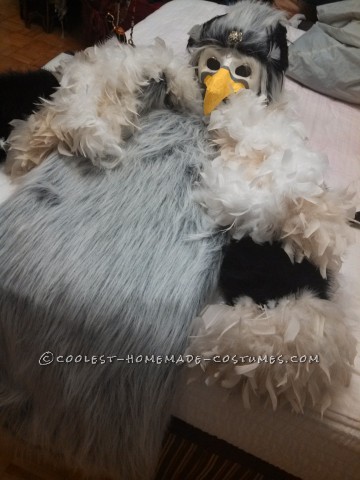 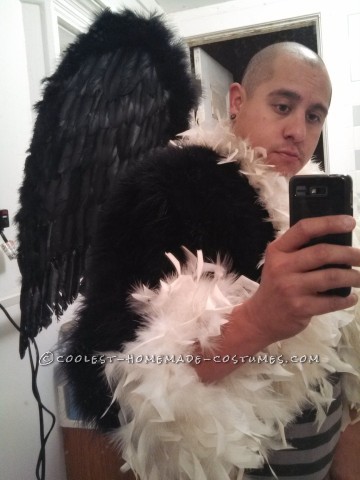 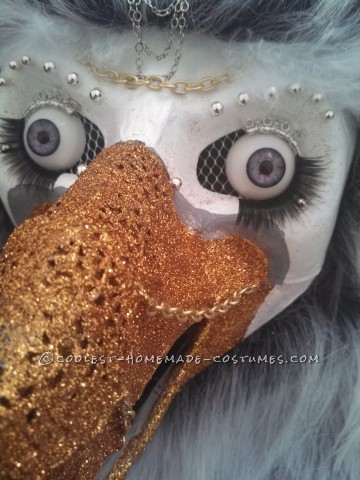 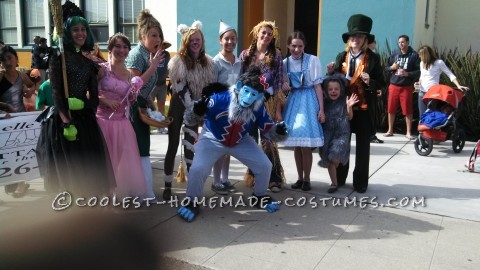 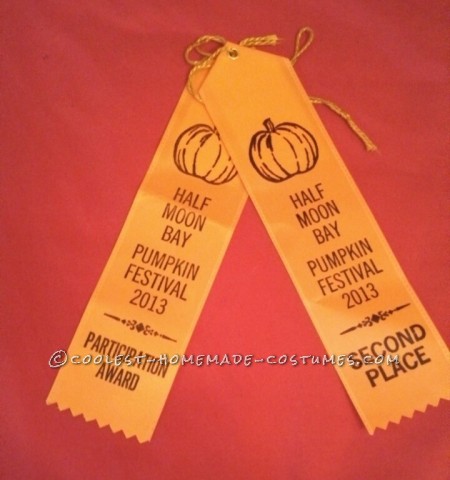 Coolest Half Him and Half Her Costume