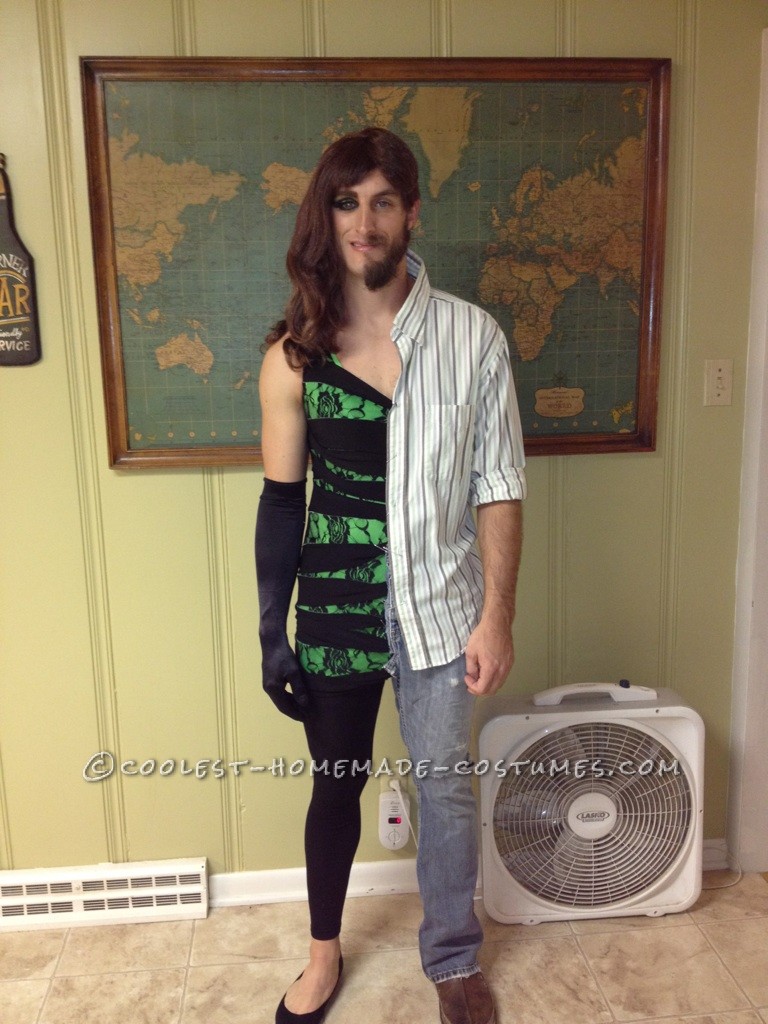 My name is Chris and I got the idea for this Half Him and Half Her Costume last year while shaving off the beard that I had been growing for a few months. I was having some fun shaving and decided it would be neat to see what I looked like with a half beard. After a few careful passes with the razor I had a half beard and at it was at that point the idea hit me for my next Halloween costume “Half and Half”.

I started to grow the beard a few months back to start the prep work for this costume. After the beard was nice and thick I purchased a female wig from Party City and proceeded to cut half of it into a male haircut. Next was the makeup, which would end up being the most awkward part. I went to the mall and told the worker behind the makeup counter I had an odd request. He agreed to do the eye makeup and seemed to have fun while doing it. Everybody walking by was either laughing, staring strangely, or saying “that’s so awesome”.

Shaving was the following step, I went home shaved and had my girlfriend do the base makeup work. I picked up a cheap dress from a local retail store and cut an old pair of jeans and shirt in half and safety pinned them to the dress. There are many different ways this costume can be done so be creative with it and have fun!! 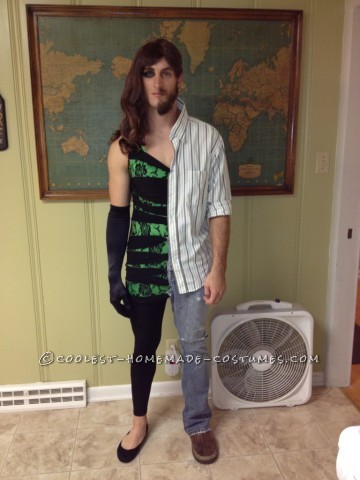 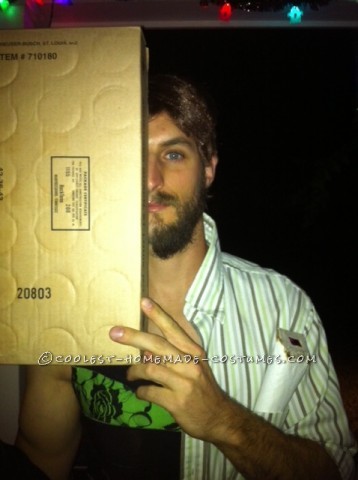 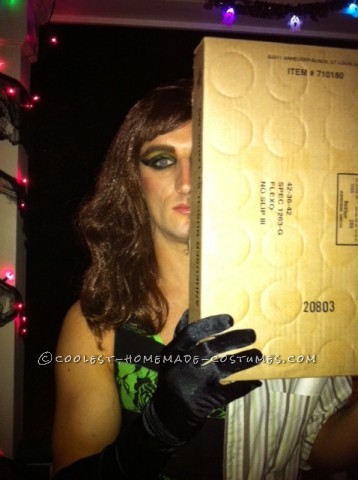 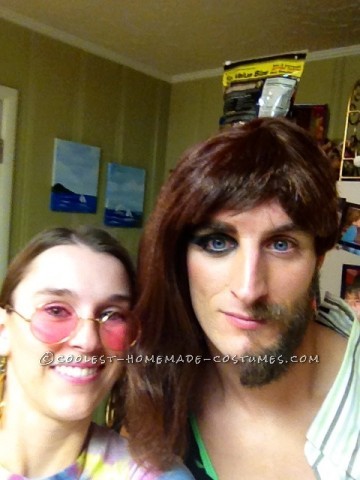 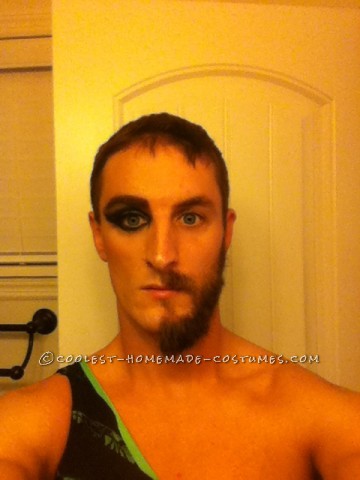 Half Jack Half Jill Costume

2 thoughts on “Coolest Half Him and Half Her Costume”