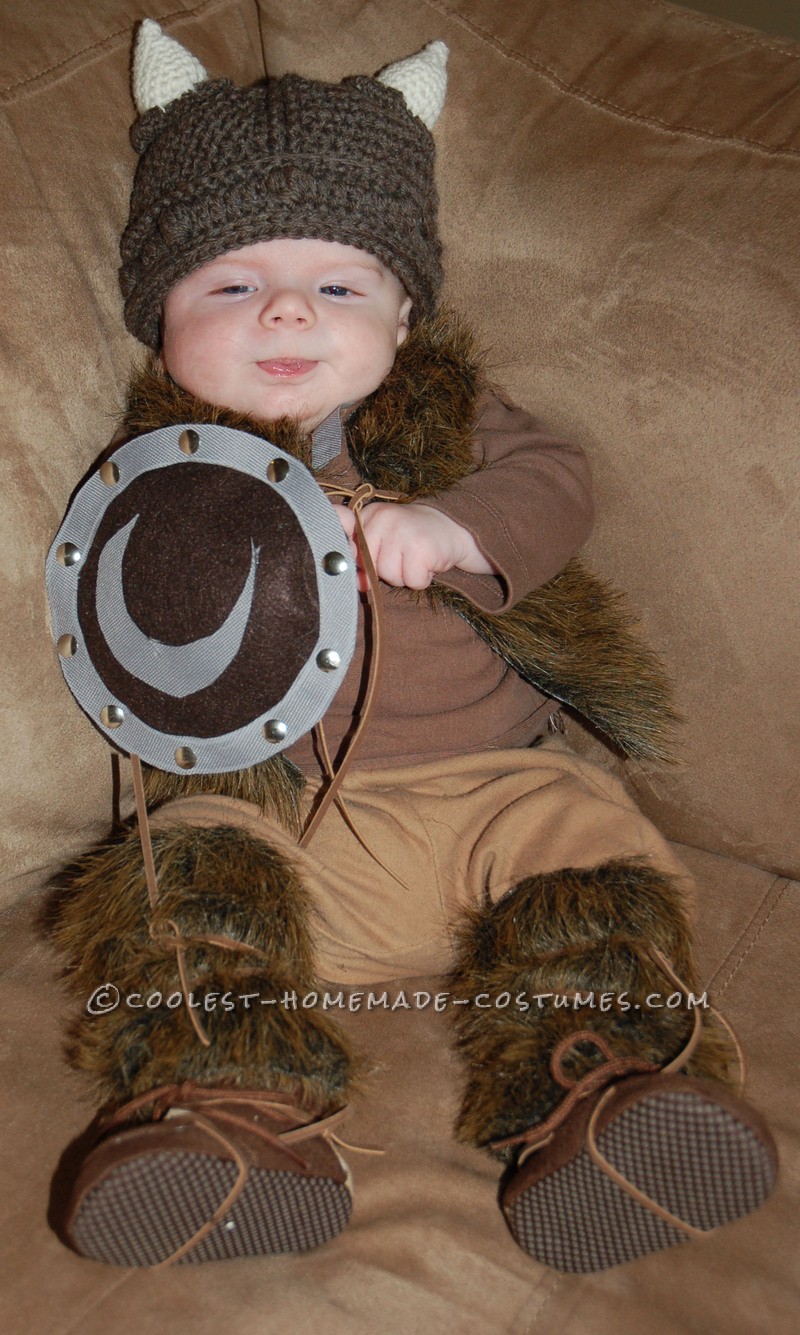 The pint-sized baby Pillager Viking costume all started with a hat. When I was about 9 months pregnant with my son Carter, I came across a crocheted Viking hat on Etsy. Being of Viking descent–I’m originally from Iceland–I decided it was the perfect unique accessory for his baby photos, not to mention I knew my family in Iceland would get an absolute kick out of it.

Fast forward a couple months and my sweet baby had made his grand entrance into the world and was quickly approaching his very first Halloween. I knew his costume would be homemade since one of my fondest memories from childhood was all the homemade costumes my mom made for me. I racked my brain and searched for ideas, trying to find the perfect costume. It had to be unique and it had to be warm and comfortable for my little guy.

It hit me one day while looking through his one month photos for the millionth time that I had had the perfect costume sitting right in front of me for the longest time. I gazed at the sweet picture of Carter propped up wearing his little Viking hat and my brain went into overdrive. Within minutes I had the costume sketched out and a detailed plan of how I was going to make it saved in my head.

The next day we went to the craft store and bought all the supplies. It didn’t take much at all–just some brown felt, grey outdoor fabric, a couple spools of brown leather string, and some fur strips we found in the doll section. As soon as Carter went to bed for the night, I went to work. I used one of his onesies as a pattern and made the fur vest–using the leather string like a shoelace to tie it close in the front. I made a little Viking tunic out of one of his dad’s old brown work shirts; again using the onesie as a pattern and then lined the collar with the grey outdoor fabric. He wore a brown long-sleeved onesie and light brown sweatpants underneath and for the leggings I simply cut two strips of fur and wrapped them around his legs then secured them with the leather string using a criss-cross pattern (like how ballerinas tie their toe shoes). The next day I put him in his costume and quickly realized it was missing something–an accessory! I thought about transforming his car seat into a Viking ship but nothing I thought up seemed perfect; then I thought a sword might work but I wasn’t really going for scary and babies and weapons don’t tend to mix; then I got it–of course, a shield!

I found an image of a Viking shield using Google and once again set to work. I traced out two circles using the lid of his formula container onto the brown felt and quickly hand-stitched the edges together–leaving a small hole for stuffing. After stuffing and sewing up the rest of the edge, I hot-glued some of  the grey  outdoor fabric around the edge as a “metal” ring. I did only the front first  and then inserted silver thumbtacks evenly around the grey as “rivets”. I banged down the sharp ends of the thumbtacks with a hammer and then covered them with another ring of the grey fabric on the back. As a personal touch, I added a little “C” in the middle of the front of the shield in the grey fabric. I added to felt arm straps to the back and I was done! The whole thing took me about an hour. Aside from the bit of a rough time I had sewing the fur ( and getting it all over my house), the costume was extremely easy to put together and got rave reviews!

Carter is now one and  approaching his second Halloween and I still have friends and family telling me how much they loved his Viking costume and how unique and well-done it was–as well as asking how I’m going to top it this year! I’m very proud of the costume, but more proud that my baby got to showcase where he comes from–in the most adorable way possible of course!
‘ 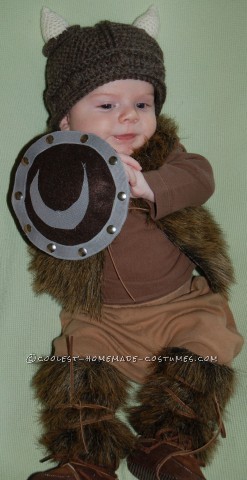 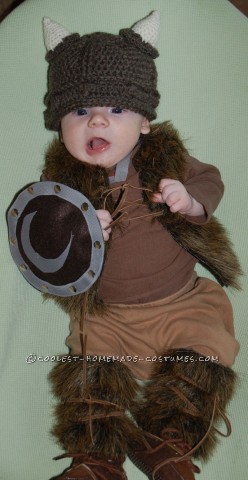 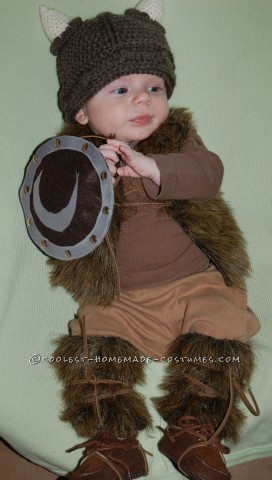 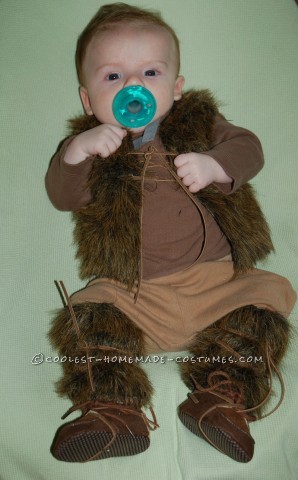 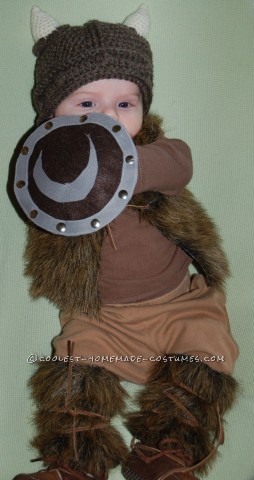 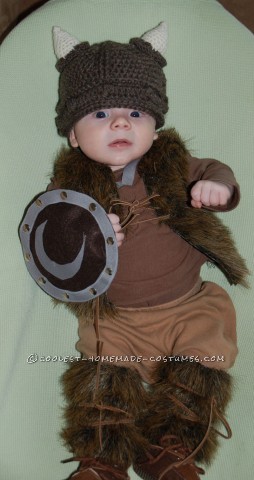 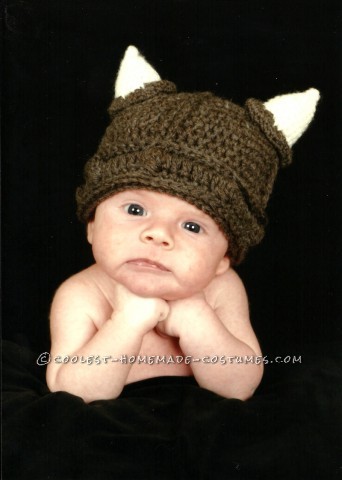