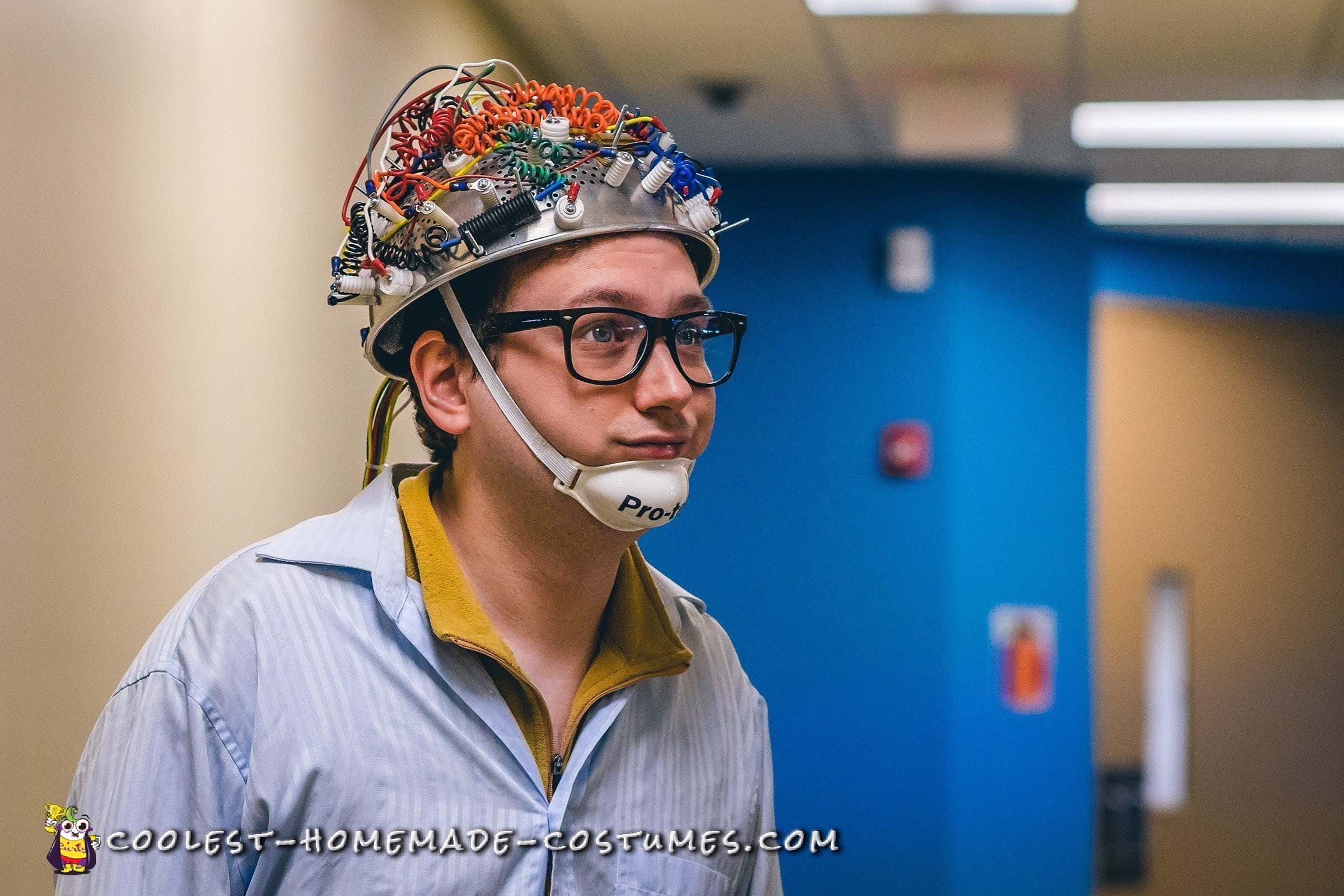 I decided to do an original ghostbusters costume this year. It’s Vinz Clortho, keymaster of Gozer, as portrayed by Rick Moranis in the original Ghostbusters film.  In the film, Louis Tully is an accountant who is possessed by the demon dog Vinz Clortho.  He is taken to the Ghostbusters’ headquarters, where a brain-scanning helmet is placed on his head to verify that he is in fact no longer human.  Every friend or family member that has seen me wearing this costume says that it is very “me,” even the ones who don’t recognize the character.  Thanks for your consideration!  I ain’t afraid of no ghosts. 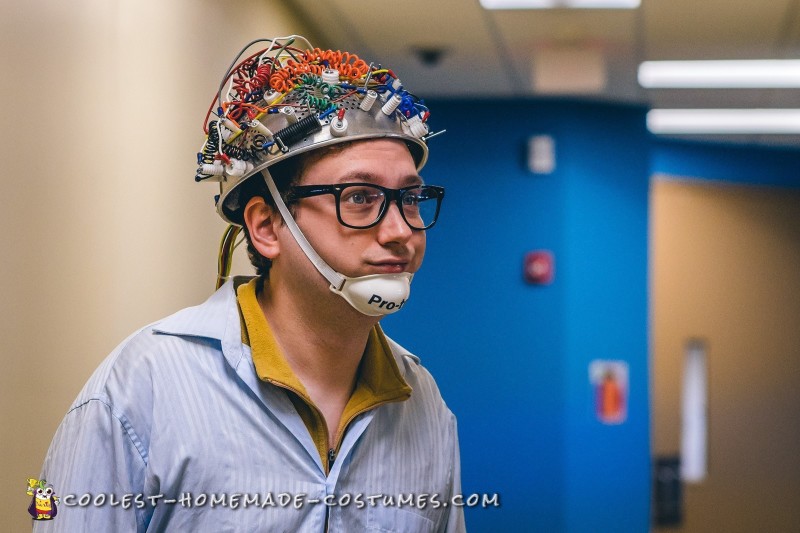 My Ghostbusters costume helmet is a vintage “seven star” strainer with the handles removed.  My level of nerdiness is confirmed by how long I shopped for the most authentic strainer to wear on my head.  In my review of the seller on Etsy, I wrote, “The strainer fits my head perfectly!”

I’ve fastened nylon spacers to the helmet, some of which are wrapped in split loom tubing to resemble the original porcelain insulators that were used in the movie.  There are also a handful of large resistors.  The resistors and spacers are connected using a LOT of colored wire, some blue heatshrink, and blue and red spade connectors.  The coiled wires were all coiled by hand by wrapping them around pencils and heating them with a hair dryer.  It was a lot of work, but I think I’ve managed to make a decent replica of the helmet from the film.

The chin strap is an important part of the helmet.  The film used a strap from a Pro-tec wrestling helmet, and they’re not still available in non-gross condition.  I instead purchased a new plastic chin cup, removed the plastic strap, and sewed some braided elastic to each side to make it better resemble the one in the film.  I also reproduced the “Pro-tec” logo in Adobe Illustrator, and then used a vinyl cutter to make it into a decal for the chin cup. 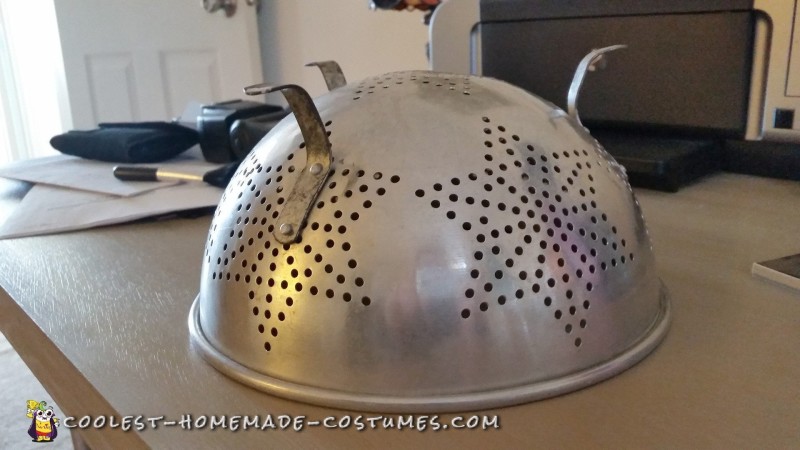 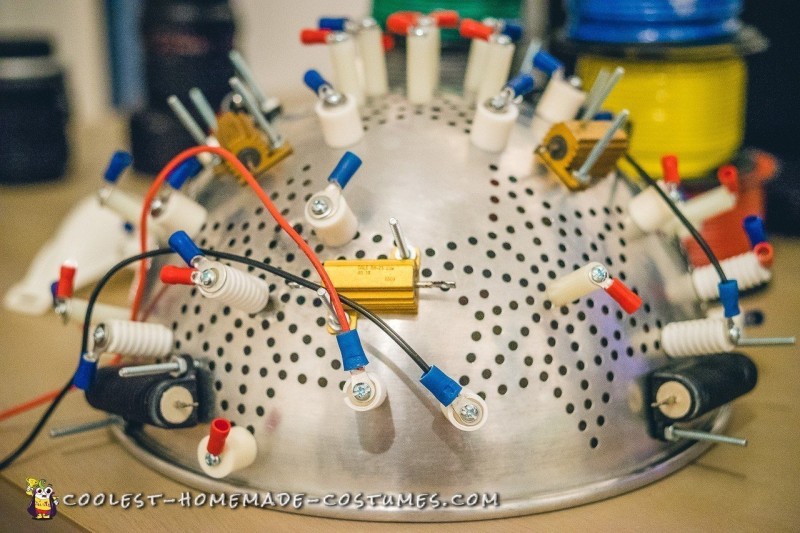 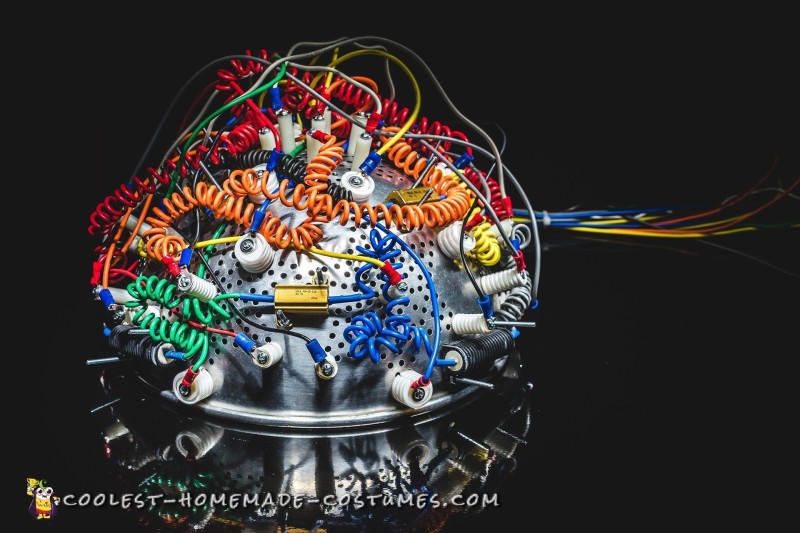 The outfit is then made up of:

The trickiest part of this Ghostbusters costume was the shirt.  I really wanted something with metallic stripes to match the movie, but the shirt in the film is so ridiculous that I can only assume it was burned and buried after the 80’s ended. 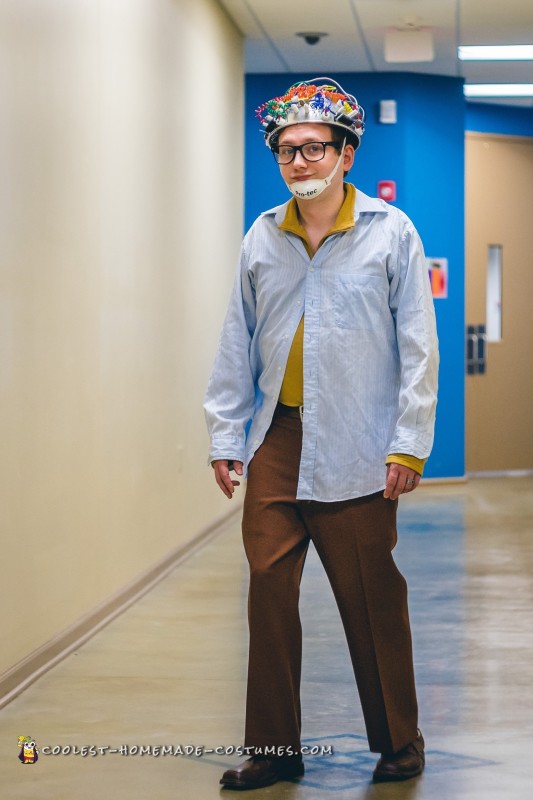