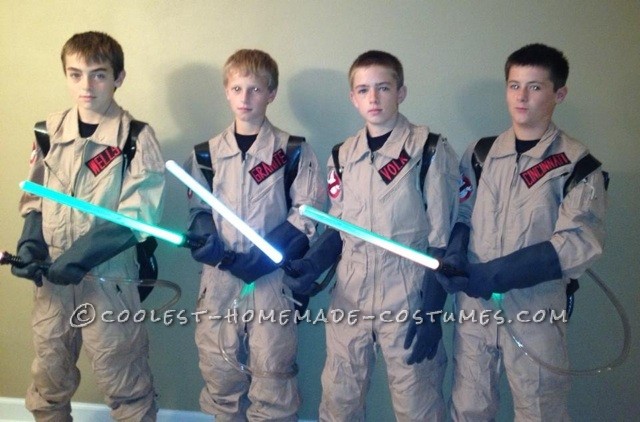 This year my 13 year old son and 3 of his friends wanted to do a costume together.  After tossing around a couple of different ideas, they decided to go with the Ghostbusters.  At first I was feeling a little discouraged because the flight suits I was finding were expensive.  I searched the web for days.  One day I stumbled upon Glen’s Surplus and was so excited to find the flight suits  for $8.99 per suit.  PERFECT!!  I highly recommend that site.  The flight suits were great quality and they shipped them super fast.  Next, I wanted to add a personal touch so I ordered their last names and Ghostbuster patches on Etsy.  Bam – costumes done.

Next on to the proton packs…a little more challenging and time consuming than I thought it would be.  I recommend checking out the gbfans website.  Lots of plans and pictures and great ideas.  I didn’t want to spend a fortune since I had to make four of them so I decided a trip to the Dollar Store was in order.  After spending around $75 on “stuff”, I started in on the packs.  I basically descontructed everything I bought and wrapped it in black electrical tape and taped it onto a foam board with Gorilla Tape.  I also made the straps out of Gorilla Tape and surprisingly they held up perfect! As far as layout, I just looked at a bunch of different pictures and then decided where to put what I had that looked like the pictures.  Instead of installing anything electrical, I used glow sticks instead.  Also for the “vacuum” I used a light up pirate sword from Walmart that was $4.97 and removed the skull on the end and attached it with tubing that I bought at Lowes.  I found that electrical tape was much easier to work with than duct tape because it stretches and wraps nicely.   After everything was attached and secured, I spray painted the packs with black spray paint.  Everything turned out better than I had planned and the boys were thrilled!

They attended a friend’s costume party.  We asked the DJ to play the Ghostbusters theme song when they walked in and the party went wild and started singing “who ya call call….Ghostbusters!”  The Ghostbusters were a hit!!  They won best group prize at the party. 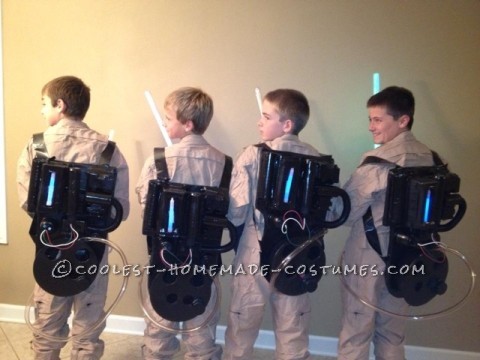 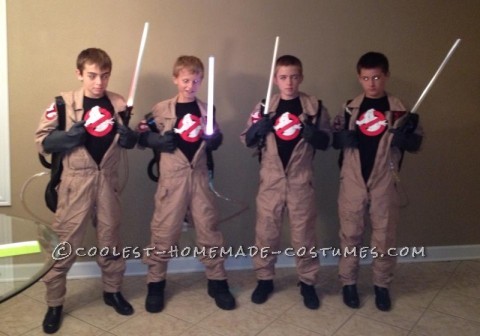 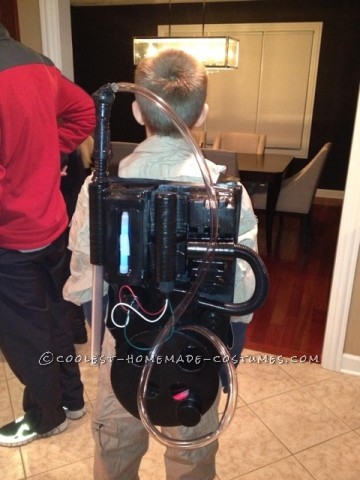 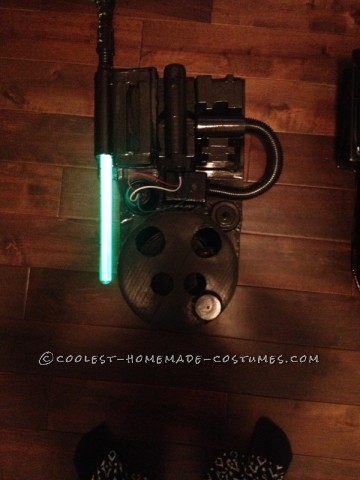 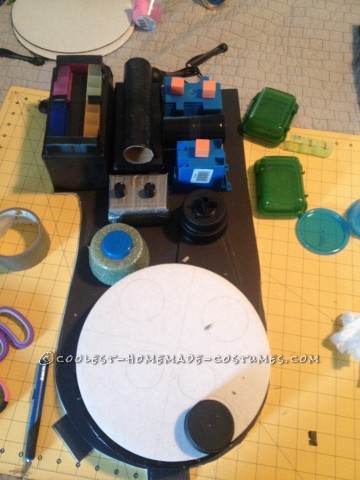 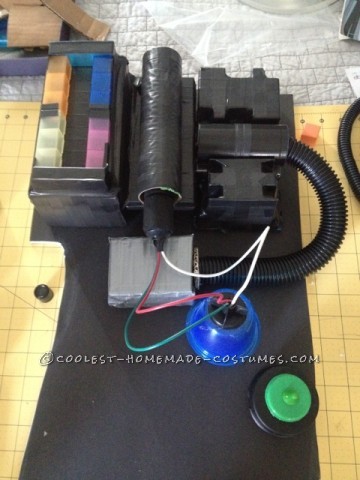 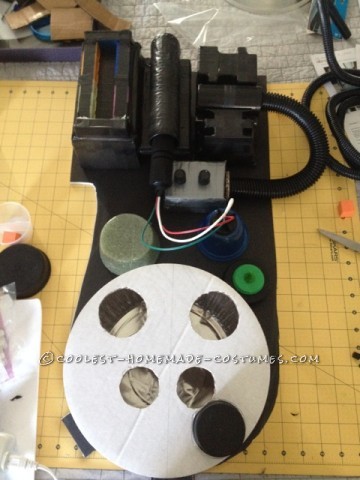 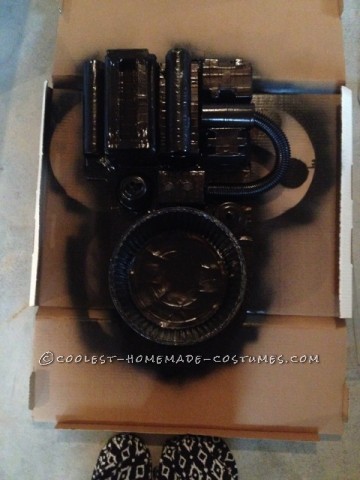 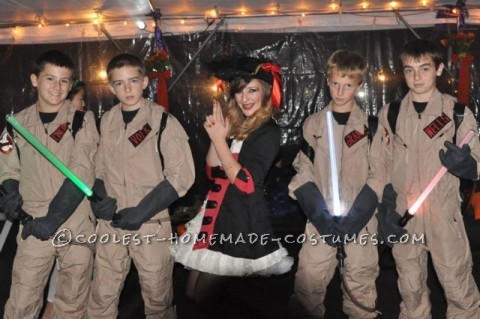