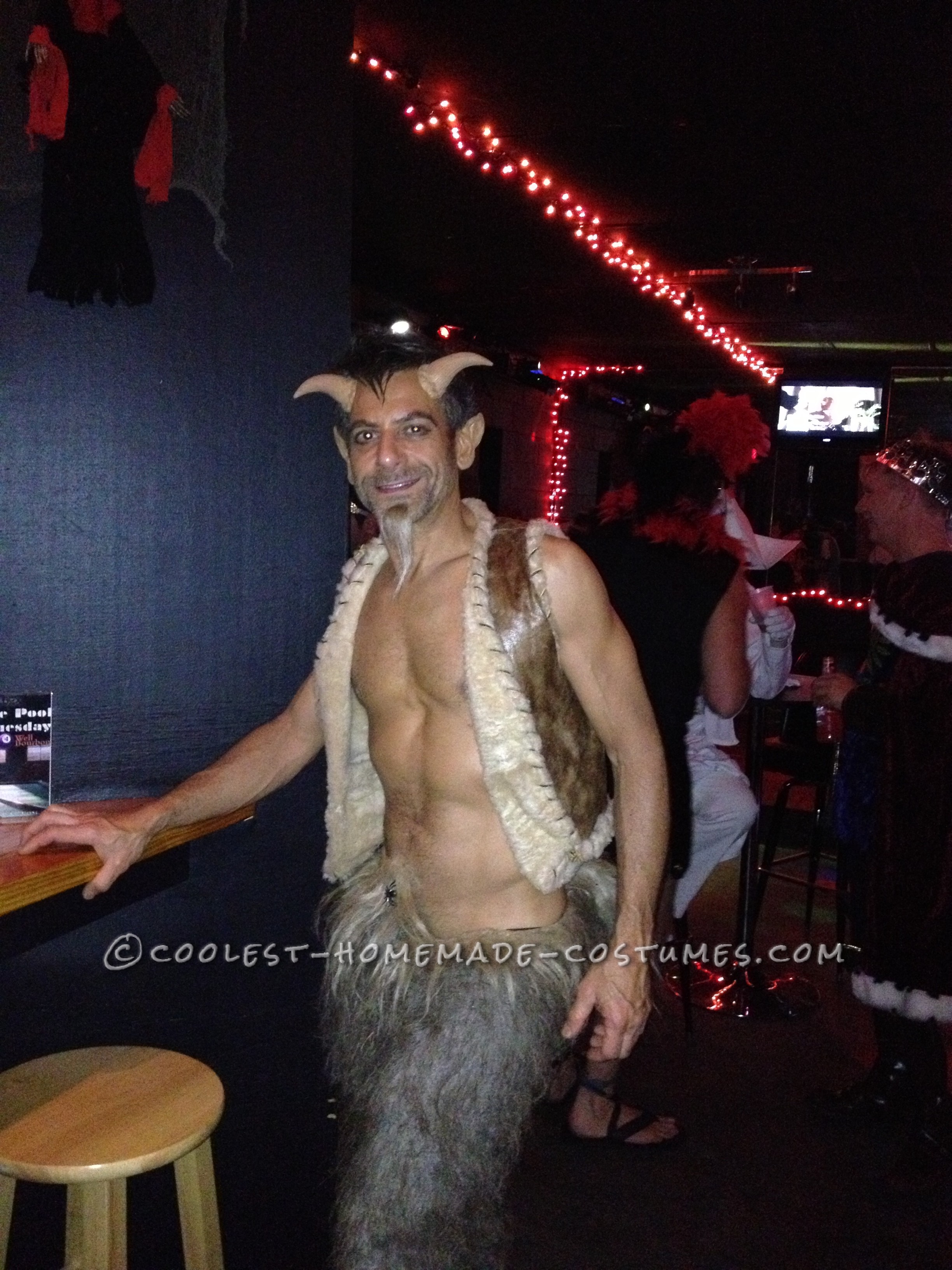 I had conjured up the design for this costume years ago but wasn’t sure how to pull it off. I wanted it to be as realistic as possible but still be comfortable enough to walk and dance.

I discovered the stretchy theatrical fur in New York to create the leggings. The first trick was to keep them up with out using glue. I used strong bendable wire in the waist band that is formed to my body. This works well until everyone pulls on your tail and stretches it out. An occasional adjustment kept things in check. The second challenge was the hooves and how to create the appearance of a goat’s leg. I made use of the longer hair on the salvage edges of the fabric to help hide the fact that I am wearing a pair of 5 1/2″ stiletto healed boots. This took some practice but I asked the advise from several woman about how to balance ones self. I also realized after about an hour your feet are so numb you can dance the night away. I sculpted the hooves and covered them with leather then added padding to create the illusion of my leg bending the opposite way. The next problem was how to cover my now exposed tan lines. Tan in a spray can was the best way to get an over all even skin color.

I wore this costume several times without the vest which really gets peoples attention and won me several contests. I had to make the vest to solve two issues. That night hurricane Sandy was making her way up the east coast and it was very cold and raining. I also needed a place to carry my phone, ID and money.

I have so much fun with this costume/character because it really brings out the mischievous side of me. I can shake my tail, kick up my hooves and let (almost all of) it hang out!! 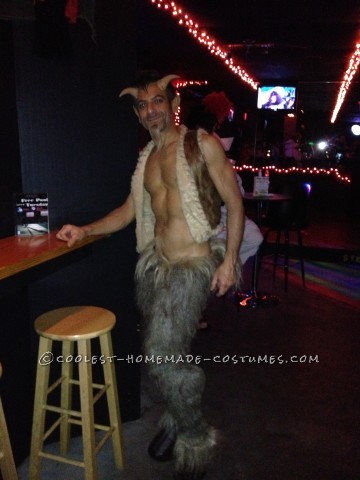 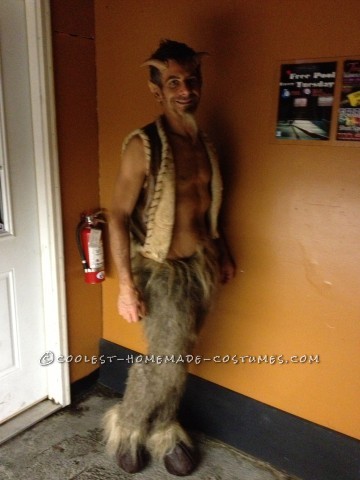