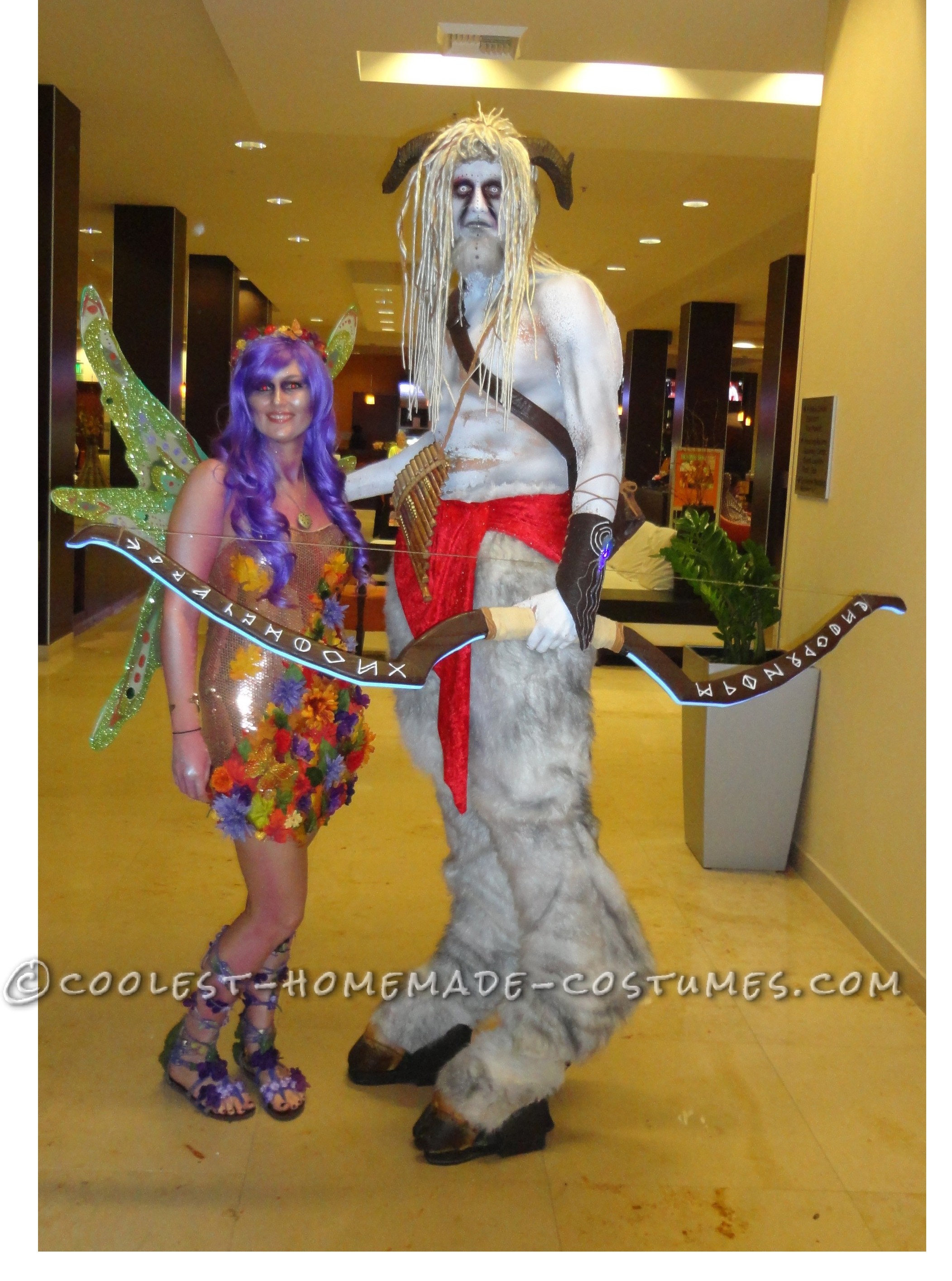 These costumes gave my wife and I an epic 2013 Halloween.  We placed first place at a Halloween costume contest winning $500 at Solona Beach, California.  The first thing I do when making a costume is conceptulize an idea from pictures off the web or from a movie.

I have aways wanted to make a costume with stilts.  The benefit of digitigrade stilts is that you can have the illusion of animal-like legs.  Supplies vary from you-tube clips I watched, but as you can see from the photos my addition of real cow hooves added a realistic element. 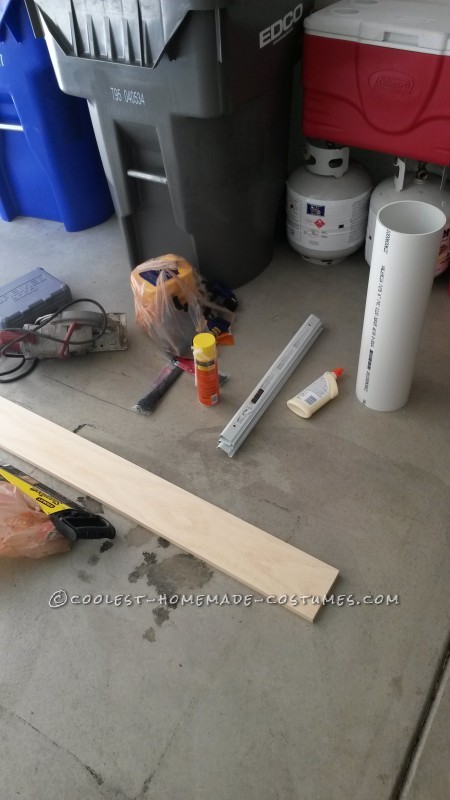 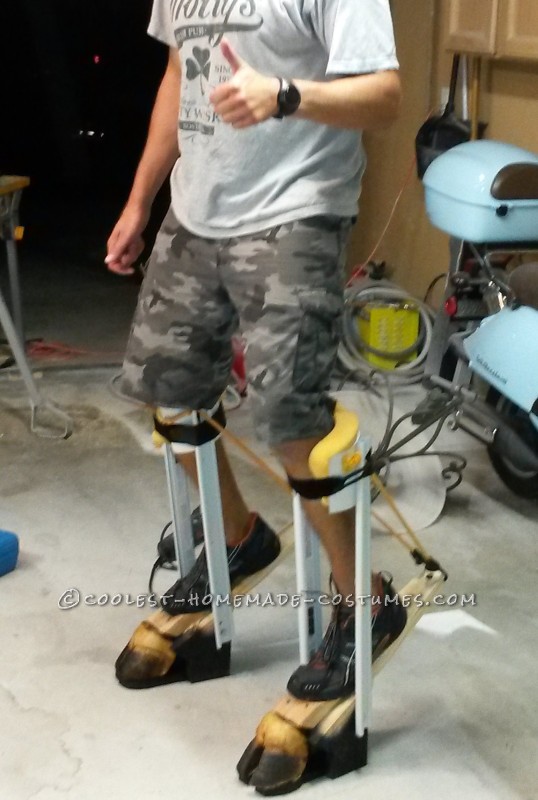 Making the Bow/Arrows/Quiver and Wings

The bow was hand drawn, and cut from from one piece of wood to make it stable.  EL lights and symbols were added to add a mystical appearance.  Lights were added to the quiver and wings.  The arrow head was constructed from a light, plastic bottle and hot glue.  The sheep horns were painted to match the hooves. 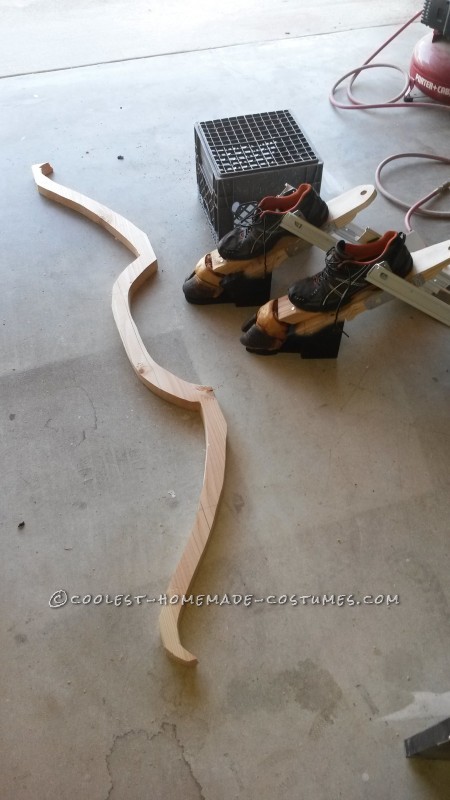 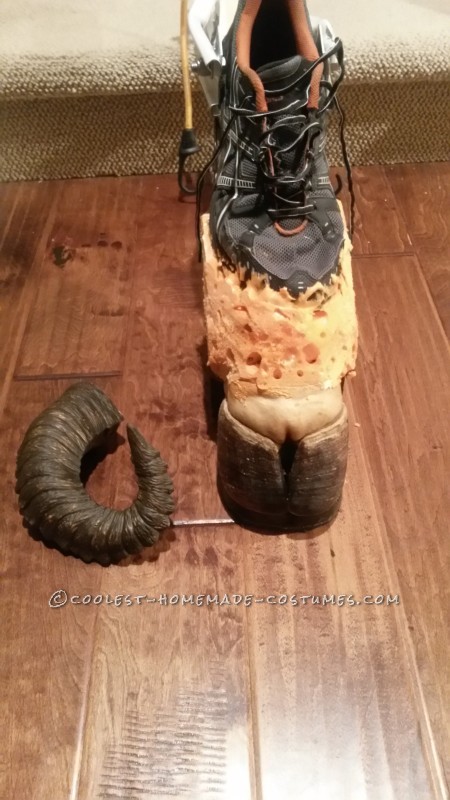 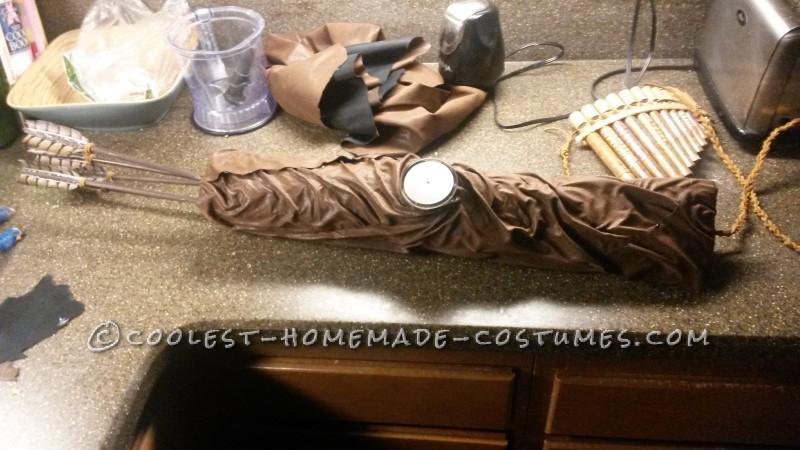 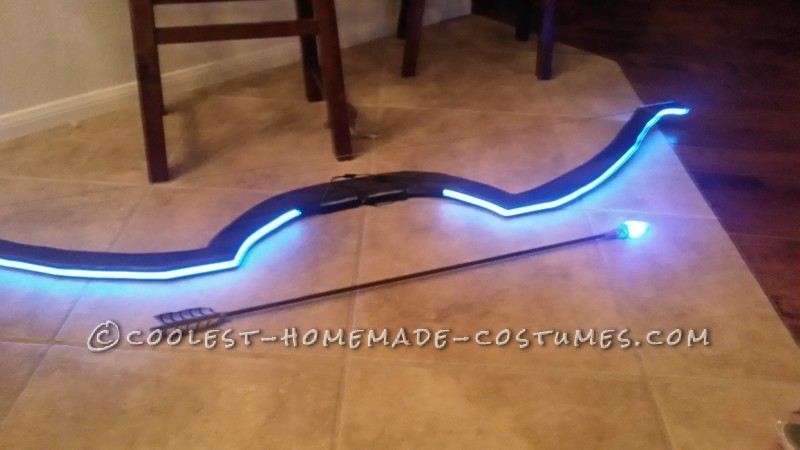 Finally some make-up, sheep like fabric gave us what we were looking for.  We went downtown to a street party in San Diego.  I was pretty much taking photos the entire time.  Seeing peoples faces react to the creativity and realism of my costumes is what I like best about Halloween.  One day out of the year I get to be a celebrity.  After Halloween is over I start brainstorming for the next year.

Other past costumes on this site include: Coolest homemade Genie, and Leprachaun Illusion Costumes 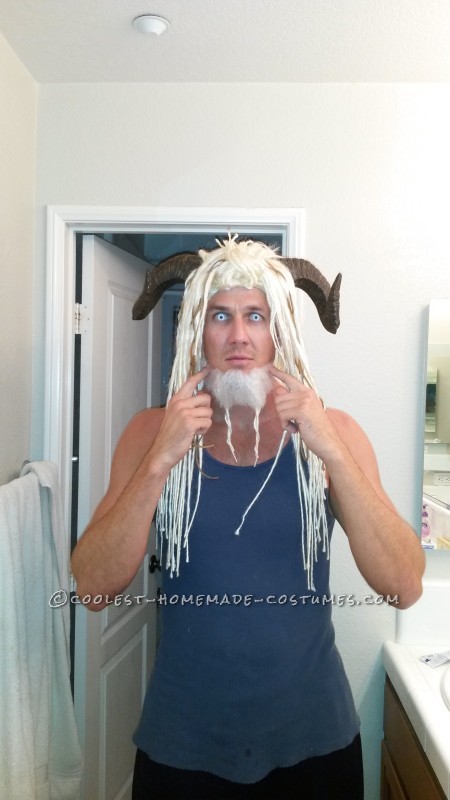 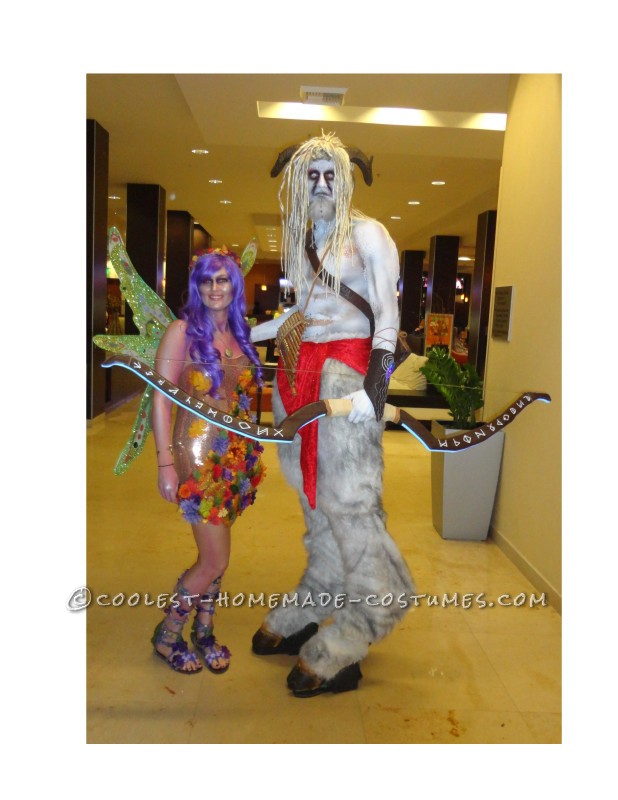 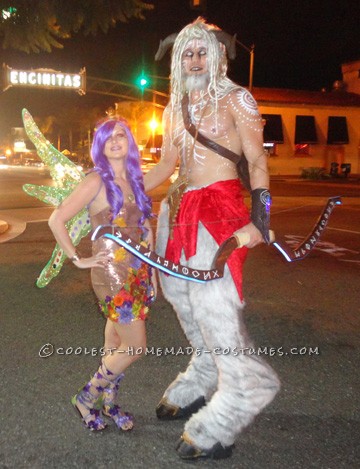