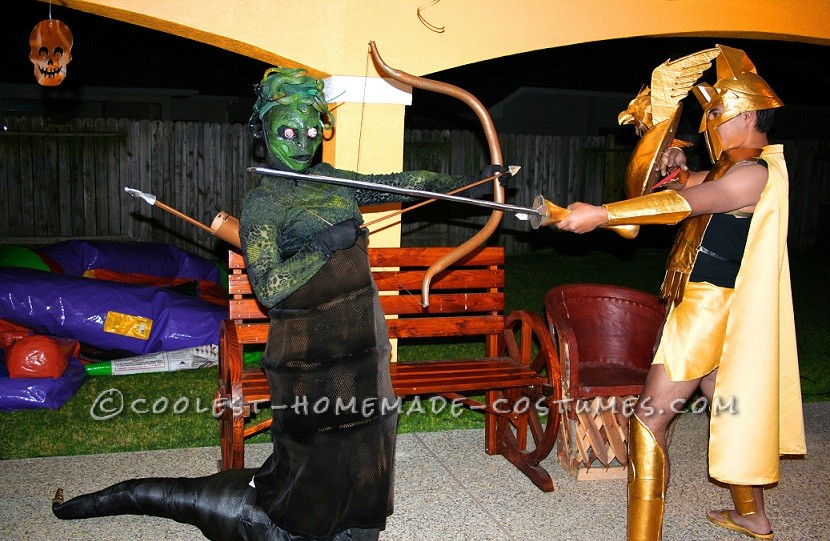 This year my husband and I decided to be Medusa and Perseus. I wanted to make Medusa like the original Greek Mythology, the snake looking creature, tail and all; not the beautiful woman from the new Clash of the Titans movie ^_^ My husband made his Perseus more like a warrior, he based his costume on Zeus from The Immortals movie.

We made everything from start to finish. The only thing we did not make was the mask for Medusa, but we added the eyes and the lights; and also bought rubber snakes from Walmart. It took a lot of work and creativity but we were pretty pleased with the outcome. Everyone loved it at the party.

For the Perseus costume, my husband used cardboard, paper mache, aluminum foil, styrofoam, anything that would work!. For the chest piece, we used plaster and cheesecloth strips to make a cast. It was a time consuming process and we had to let the paper mache dry completely before perfecting and painting with spray paint. I bought a long gold skirt at a second hand store that we used to make his cape and his “skirt “. The sandals were just ones he had that we painted gold.

For the Medusa costume, I took an old cap and cut the bill off and painted dark green. I took the snakes and painted them dark green and then used a piece of wire mesh I had with a lighter green and gave it that snake texture it needed to look more realistic. We used needle and nylon fish line to attach to the hat.
For the body frame we used piping insulation and wire to make it look like the snake’s ringed body, and used a foam we found at Walmart that we glued to the piping insulation using hot glue. The tail and body frame were attached together with wire and Velcro.

We covered the tail with black fabric from a dress bought at a second hand store and glued with hot glue; the body was a black dress I wore on top of the structure, we painted everything with spray paint using the same technique as the headpiece snakes. For the bow and arrow, I used the same piping insulation and wire to give it shape and then spray painted. For the arrow holder, I used a mailing tube, and the arrows were curtain rods I had that I spray painted.

The costumes were a hit! Everyone was amazed that we made everything from scratch and had so much creativity. We hope it gives you ideas!! 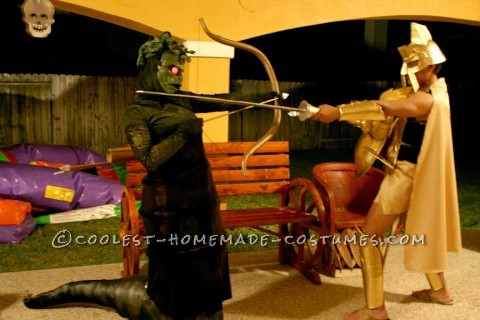 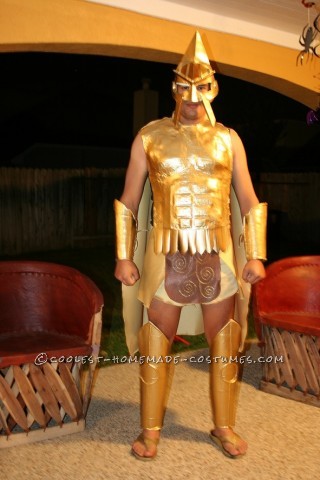 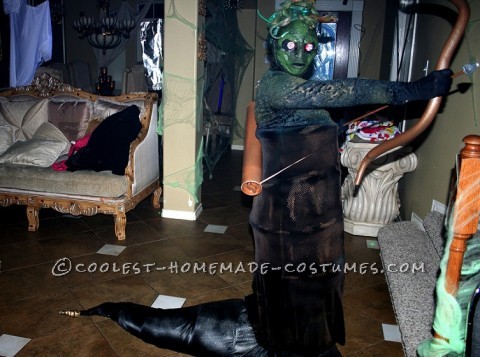 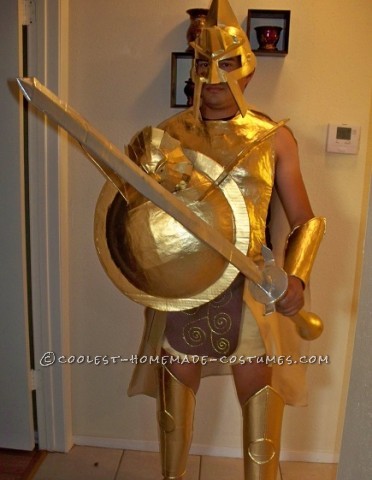 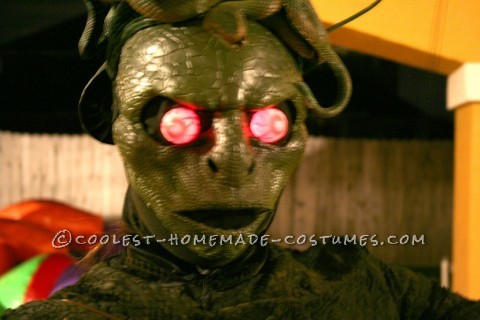 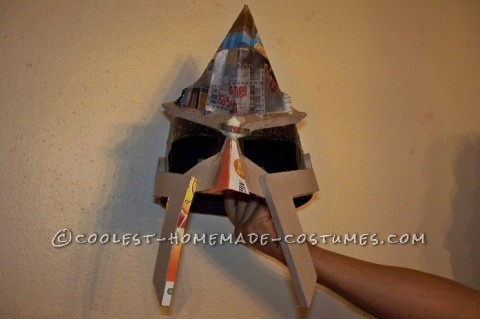 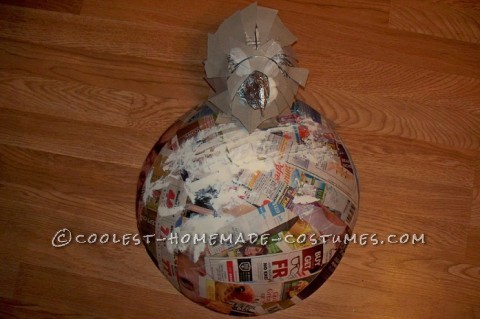 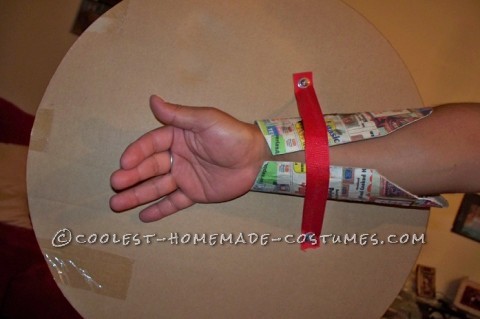 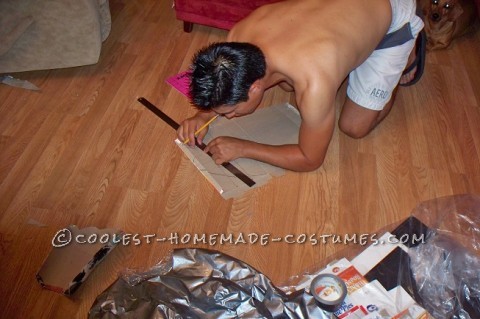 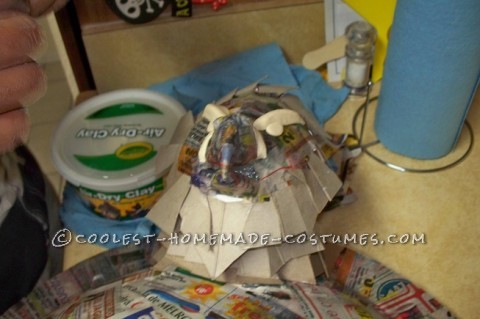 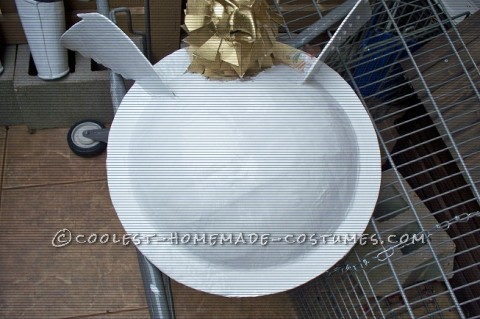 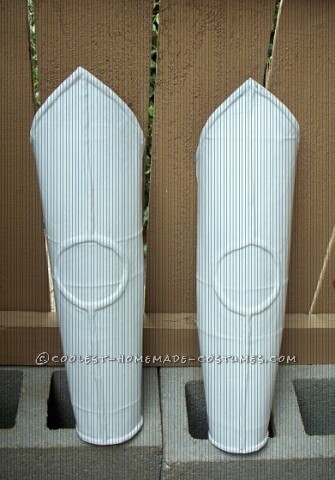 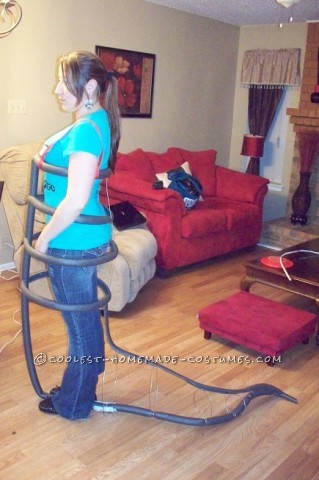 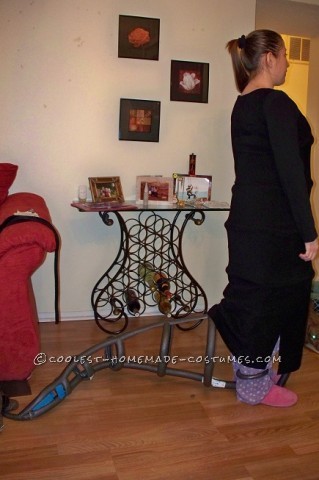 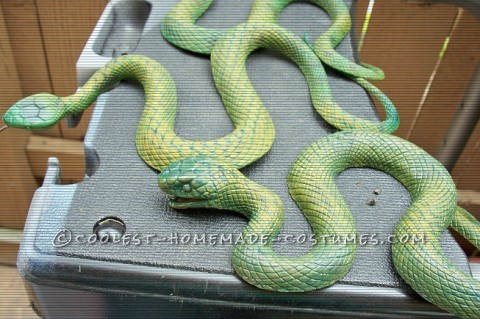 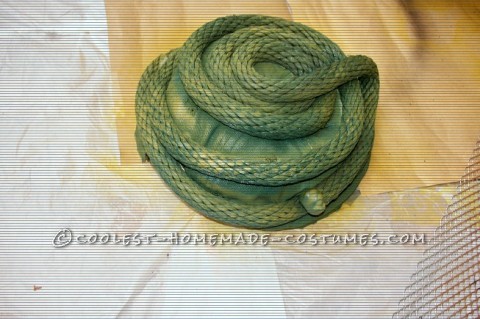