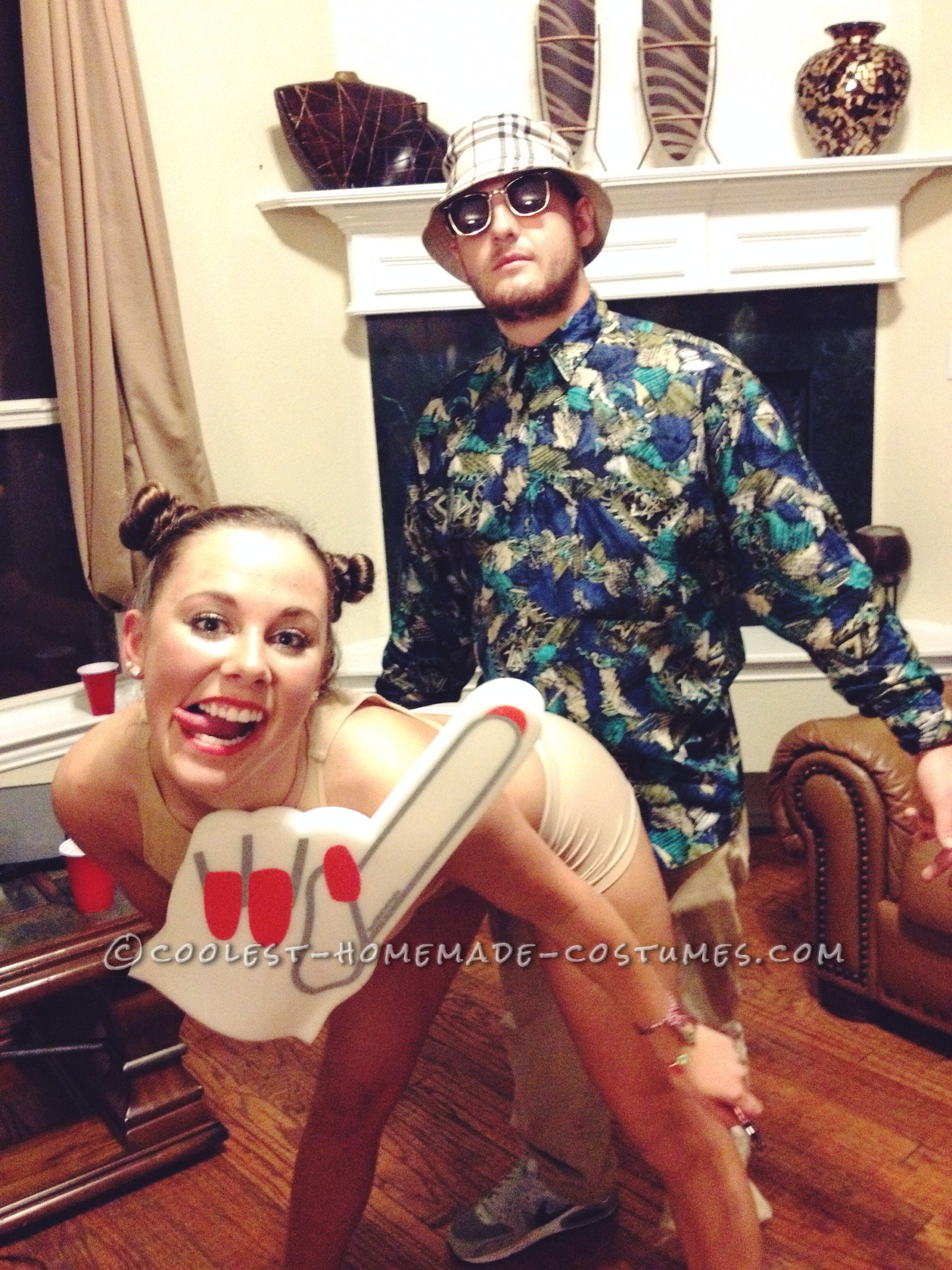 Well it wasn’t too hard coming up with this sexy Miley Cyrus costume, I’m not sure if it counts as home-made since I did not make any of it, but since it isn’t an actual store bought costume I thought I’d give it a shot!

My costume was a nude top from American Appareal, nude boxer underwear, platform high tops, and a foam finger. Yea, I even rocked the famous pigtails (if you could even call them that)!

All my life I have been compared to Miley in looks. Add the fact I am obsessed with her, it was a given I was being her for Halloween. I knew I wanted something sexy and Miley is the definition of sexy so it wasn’t going to be that hard! The hard part was, which Miley would I be! But then I saw the VMAs and I was sold! I wanted the nude outfit, I wanted the foam finger. I debated it for a while because that is a very nude outfit, I thought of ways I could cover up, and then I realized if I was gonna do Miley I had to do Miley!

I even had a panic attack 5 minutes before leaving for the party! But all my friends encouraged me so I figured the hell with it! When I walked into the party… OMG they couldn’t believe it! Everyone was begging for a photo and of course I rocked the classic tongue out face in everyone of them! 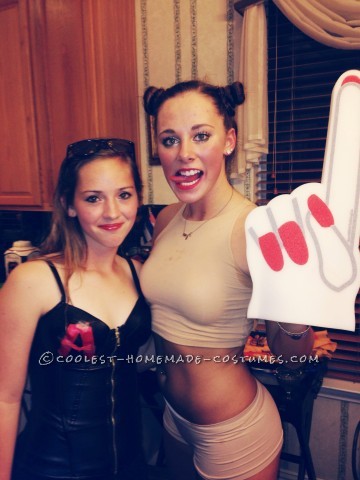