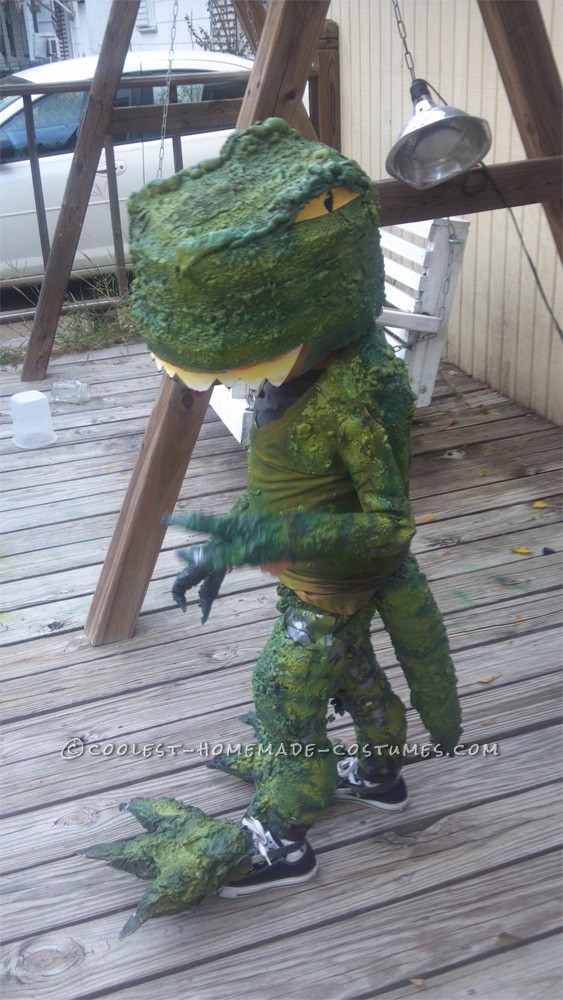 My son Joey is five years old and he LOVES dinosaurs.  He wanted to be a Trex this Halloween because that is his favorite dinosaur of them all. He is such a fan of them that a silly cartoonish costume would not do. He needed something realistic so I decided to make make the coolest homemade Dinosaur costume for him. I didn’t have a lot of money to spend so I had to be creative!  I searched online for ideas and pulled what I liked from other parents.

The trex head had to be realistic so I made one out of cardboard and masking tape, shaping and scoring the cardboard with a utility knife.  After it was the shape I wanted, I glued on some shelf liner for texture. I looked through a bag of old clothes and found some old pajama pants and a long sleeved shirt that would work. I padded both if these with an old blanket. I gave him a hump of his back and thick muscular dinosaur legs. I cut the cuffs of the shirt and created two claws with duct tape. I even made a little loop so one of fingers could control the claws but his hands would be free.

The tail was made with the long sleeve of another shirt wrapped in duct tape and stuffed with grocery bags. I attached the tail with an old baseball belt. I got the idea online to use three water bottles to make the trex feet. The first thing I actually paid for was a can of spray insulation.  I used it on the head and clothes to add texture. I even created a large ridge down his back.

After everything was covered, I spray painted everything black because it was cheap and I didn’t want the cloth or spray insulation to absorb too much of the pricier green spray paint. After that I used two shades of green to paint my dinosaur. I finished off the teeth and eyes with white craft foam I painted with nail polish. My son absolutely loved his costume and got lots of attention when he wore it. He was in full character, roaring and stomping around. All together I spent about $12! 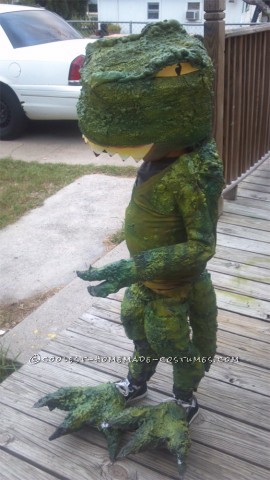 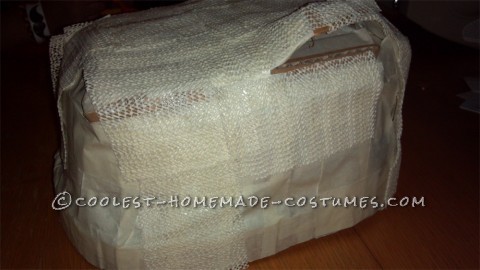 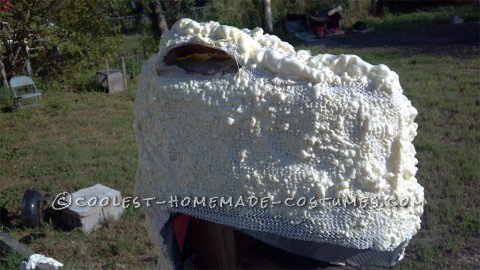 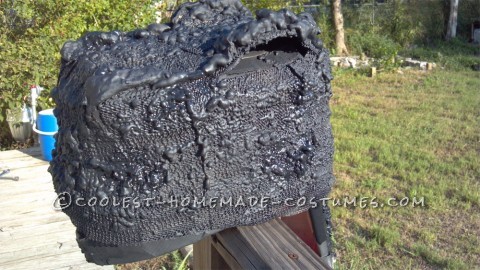 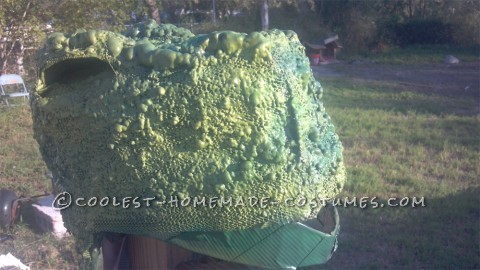 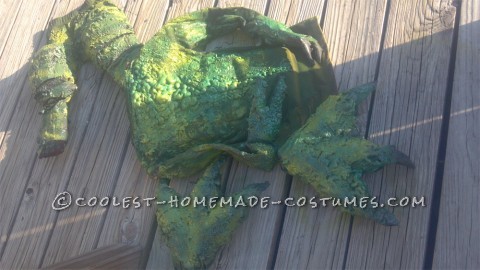 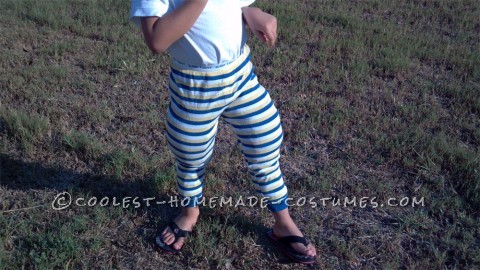 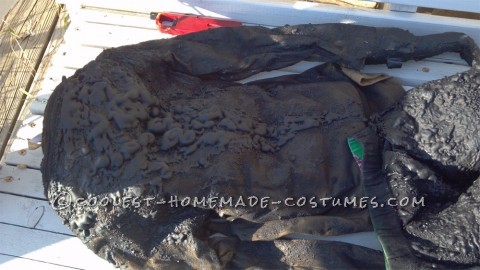 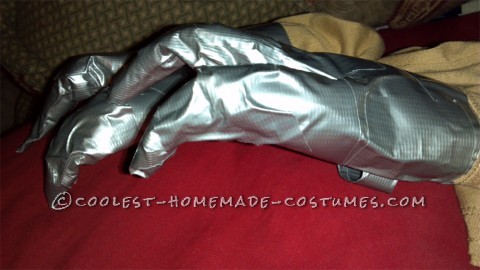