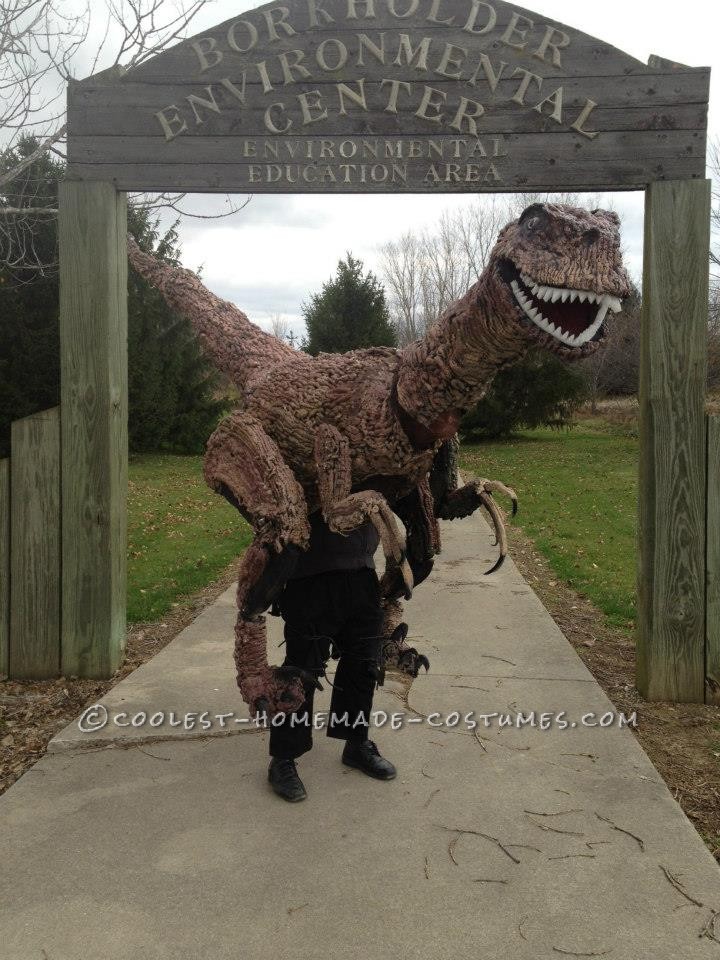 Well, I wondered how my husband would top R2D2 and Wall-E from previous years, but I think he managed to do so with my son’s 13′ long, 7′ tall walking Raptor Dinosaur costume this year!

He started with making the frame out of very light-weight wood and foam sheets. The tail attached to a backpack, so the weight was on my son’s back. The body cavity connected to the tail with two L-brackets, so that much of the weight was distributed on his back and shoulders. The frames were covered with chicken wire and then covered in spray foam, which my husband molded slightly as it dried.

We carved the head out of a large solid foam block, including places for the eyes and all of the grooves along the heads and over the eyes and nostrils. The arms and legs, feet and hands were also carved from blocks of solid foam and everything (except the finger and toe nails) were covered with spray from. It gave everything a wonderful, sinnewy look and the texture was great to the touch! The arms hinged and had handles inside so that they could move up and down. The legs hinged in three points – where the hip connected to the body, where the knee connected to the thigh, and again for the calve part.

We painted the entire structure black with spray paint (about 10 cans) and then dry brushed the rest in browns and greens. We ended up repainting with less green, since we liked the brown tones better. Then we sprayed the entire thing with a clear coat to protect and add that bit of lizardy sheen.

Since my son is 8, the dinosaur that ended up being almost 13′ long (as a male Raptor is thought to have been) ended up being a bit too heavy for him. We added a brace in the center with two wheels from a small bike to take much of the weight. We attached the feet to the wheels so that it appeared the dinosaur was walking. He still held much of the weight, especially the tail, on his back, but the wheels helped tremendously. He trick or treated three times, with at least two hours each time, with no problem. The costume was a HUGE hit!

Even better, my husband and I borrowed the costume for an adult contest. My husband removed the braces and wheels and attached the feet to his legs just above the knees. The legs, then, walked when he walked. It was fabulous. He even got out on the dance floor at the night club and busted a move or two. We had tons of people take pictures with him, dance with him, and even complete their Rocks, Paper, Scissors, Spock, Lizard! We had a great time and ended up having two great costumes in one!

I’m including pics of the progress as well as a video of the finished project! We had a great time making this. It took the better part of three weeks in the evenings and on weekends and some REALLY late nights in the end. Total cost was around $100 – mainly paint and spray foam! 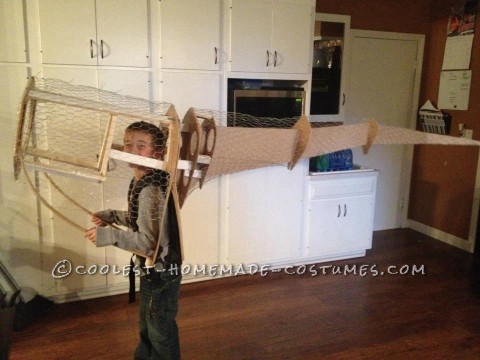 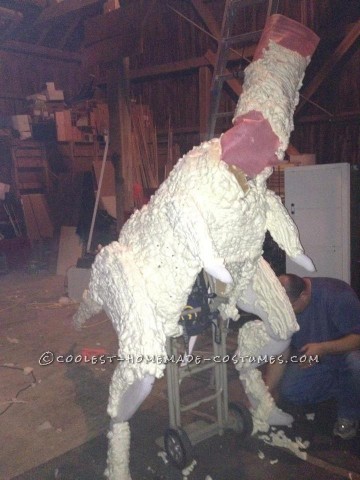 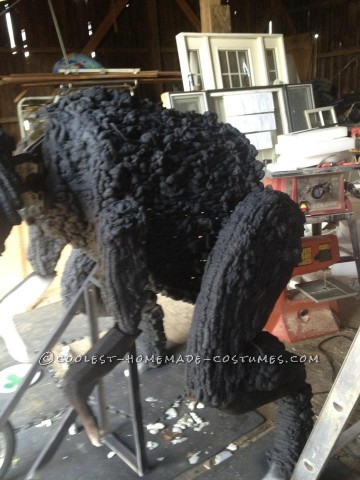 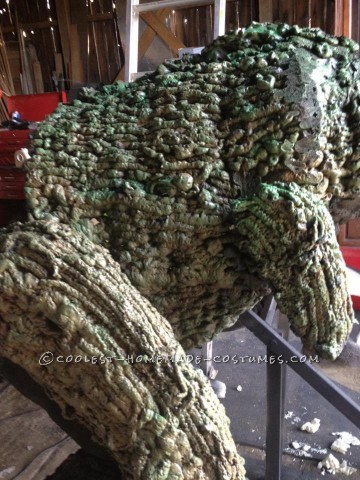 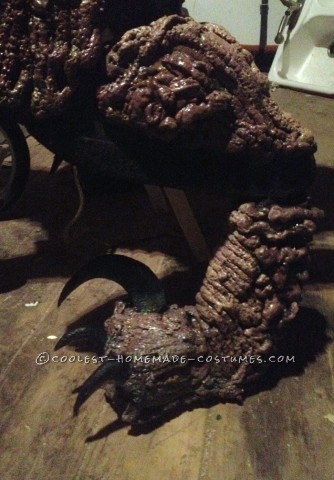 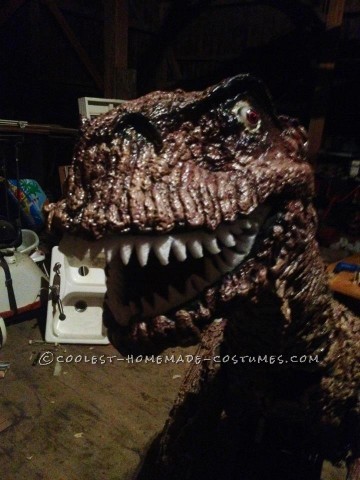 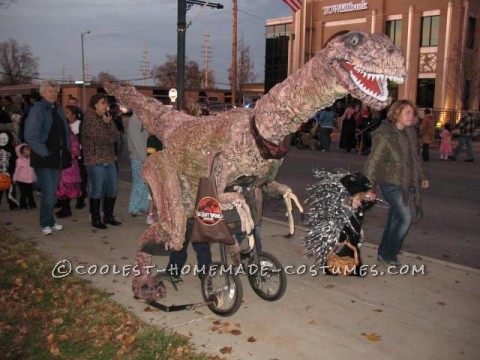 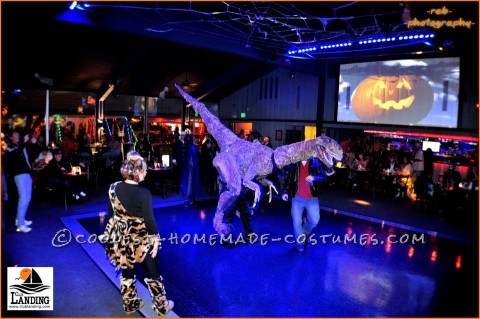