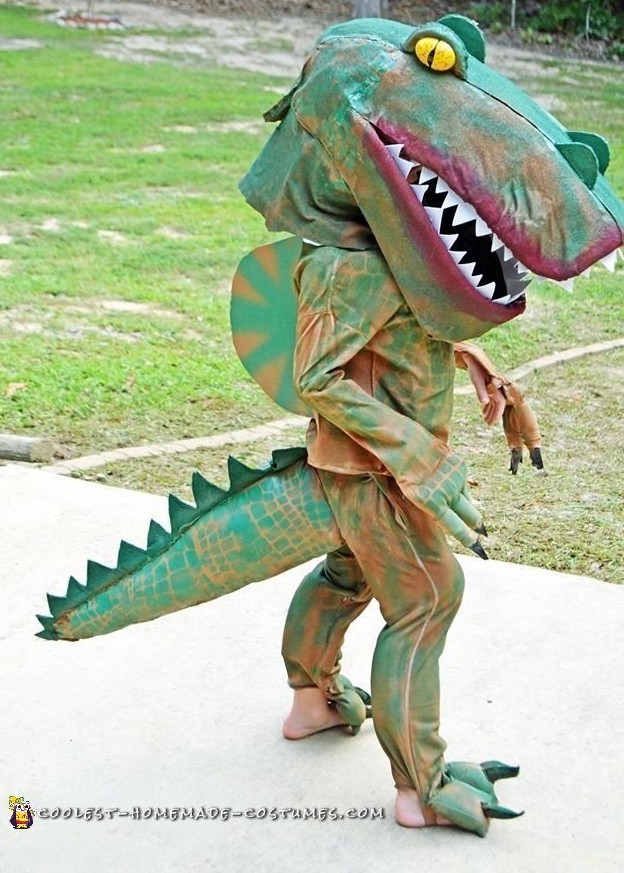 My son wanted a Spinosaurus dinosaur costume for Halloween, which was no surprise to me. So I went to planning. We spent over 10 hours and about $44 in making this costume. The costume is made mostly of craft foam, fabric, and paint.

The head was the first step and the hardest step of the Spinosaurus dinosaur costume. I used an old bicycle helmet and cut out the craft foam in the shape of the Spinosaurus head and hot glued it together. I added the eyes and the nostrils on the top, and made a neck piece to cover his neck. Once the head was formed, I hot glued fabric over the foam so I could spray paint in the end.

After the base of the head was made, I started working on the torso. The torso was made up of an over-sized shirt stuffed with foam. I bought an over-sized shirt and took it in at the arms and the length to be a little more fitting. I cut pieces of foam to stuff inside the shirt to look more dinosaur-like at the chest area.

At the hands I cut out a hole, sewed up the sides so it wouldn’t fray, and added elastic so his hands could slip through. I also sewed up a portion of his hands and stuffed with pillow stuffing to look more realistic.

To make the fingers, I sewed three lines up and cut between them.  I added black Duck Tape for the claws to look more realistic. I cut out a spine from some polystyrene that is home grade and hot glued it to the back of his shirt.

The legs were similar to the torso. It was made up of oversized pants, stuffed with foam at the thighs and calves. Like at the hands, I cut a hole for the feet, sewed the sides up so it wouldn’t fray, and added elastic for his feet to slip through. I sewed up the bottom of the pants and stuffed with pillow stuffing and added claws.

For the toe claws I sewed pieces of felt together to be more stable since he’s walking a lot. For the tail, I cut out my fabric, sewed it together, sewed the end to the pants, and stuffed with pillow stuffing.

Finally, for the spikes, I used felt sewed together and stuffed with pillow stuffing.

My husband was a huge help in this step. We actually painted the costume head all green at first and decided we didn’t like it, so we repainted it brown and went from there. I cut out dinosaur scales on a stencil with my cutting machine and used it to paint on the scales.

This costume was a lot of fun, but also frustrating at times! But my son LOVES it and that’s the whole reason I worked so hard to make it! 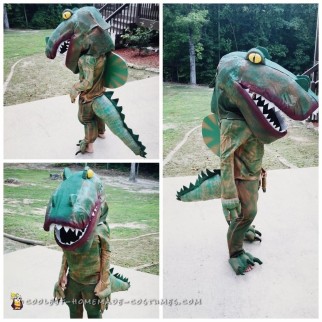 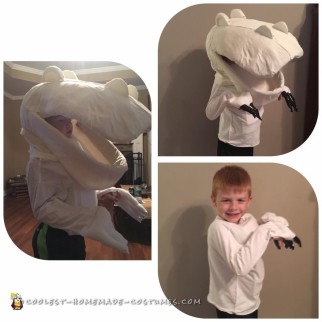 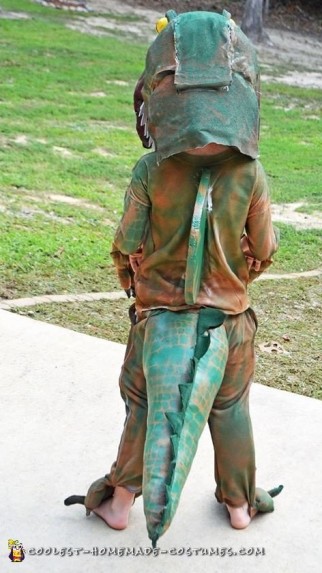 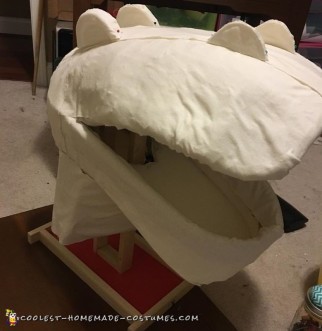 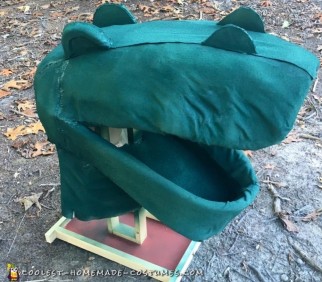 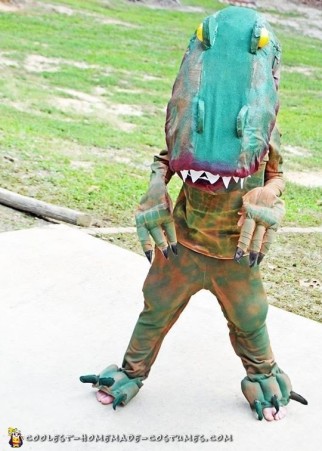 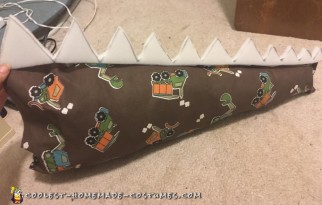 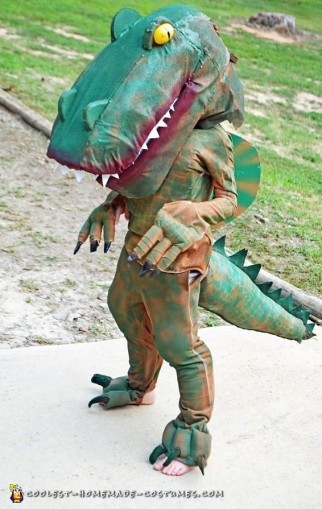