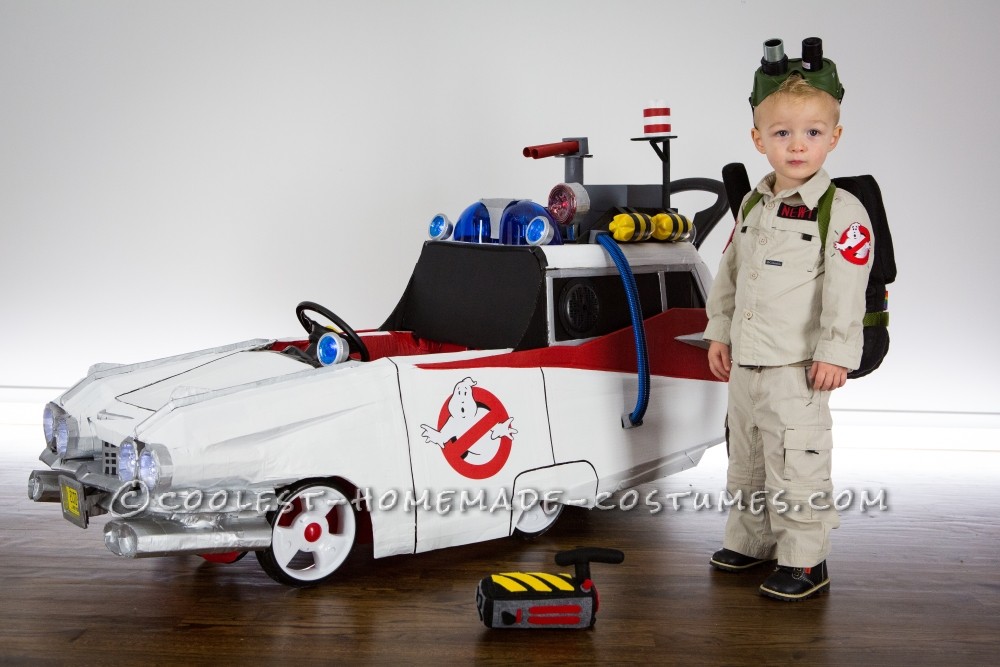 This is Cooper. He’s a funny guy. He has a great laugh, and has frequently been described by others as ‘silly’. He’s too little to understand it, just yet, but as it turns out… his parents are insane. They are the type of folks that would set out on a mission to “out-do” the surprisingly popular Marty McFly Halloween costume that made little Cooper the Absolute Best Kid of 2012 on both Buzzfeed and Gizmodo websites in just TWO WEEKS!

While the cardboard Marty Mcfly car all started with Coop’s red puffy vest and a side comment from his dad, this year’s costume started a bit more deliberately with a brainstorming session between his parents as they recalled things they loved as children of the 80s. Both software engineers by day, they are creative tinkerers by night, and when they have an idea they can become fully consumed by it. His mom, an artist, and his dad, a photographer/videographer; they figured they MUST combine their forces to conquer Cooper’s second Halloween and with nothing more appropriate than the beloved Ghostbusters!

Armed with a hand-me-down Step2 push car, cardboard boxes re-purposed from their recent move, spare electronics from an old vehicle, salsa cups from Mexican take-out, empty pop bottles, LEDs from the local electronics store, and some paint and tape they were well equipped. Two weeks of late nights and long weekends and Cooper’s parents saw their vision come to life. They had the GB theme stuck in their heads countless times, their little Cooper can now answer the question “Who you gonna call?!?!” with an enthusiastic “Ghostbusters!”, and they managed to build a pretty legit Ecto-1 and fully armed mini-Ghostbuster to scare any right-minded ghosts immediately into submission.

Cooper’s costume was picked up by Gizmodo for the second year running and reposted by MANY other blogs, featured on our local news and written about by ABC News, to say the creation of these costumes is a labor of love is an understatement I look forward to the day that Cooper is old enough to truly understand all of the love and time his parents put into these and how many smiles he put on people’s faces both in person and online :) 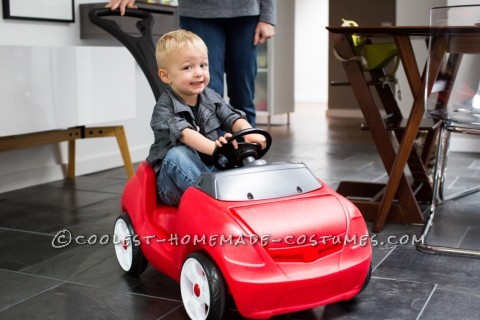 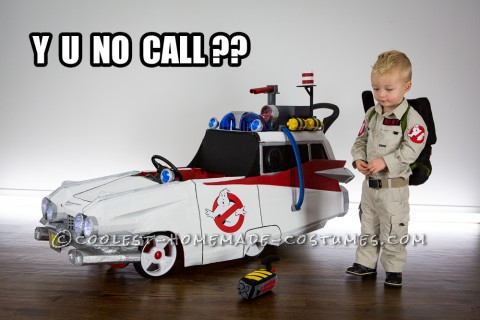 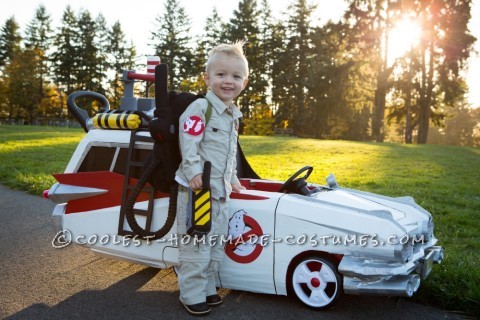 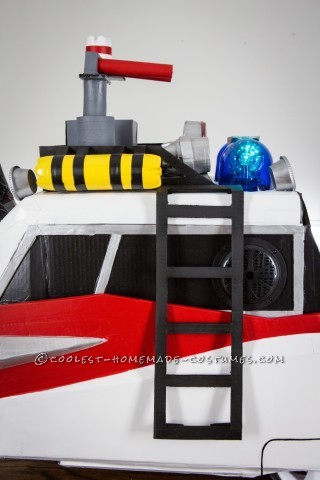 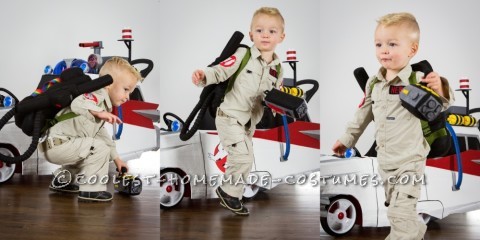 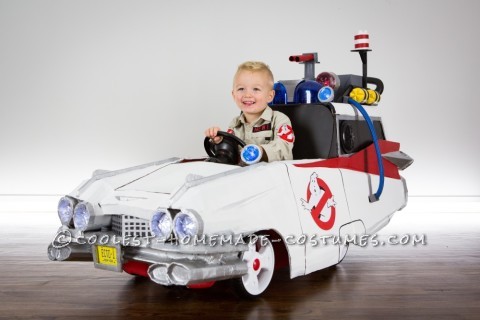 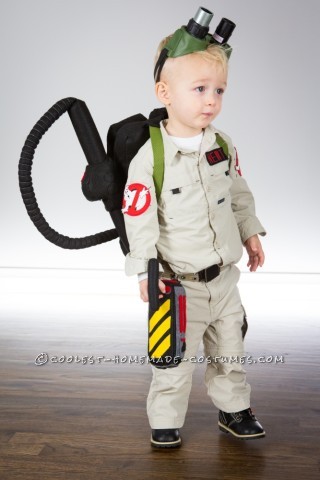 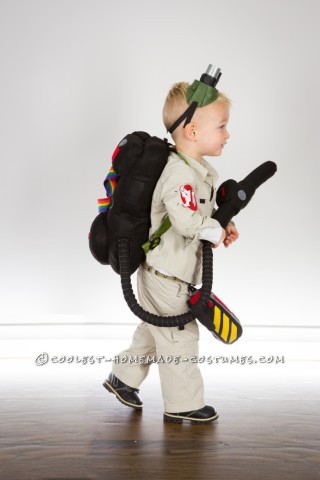 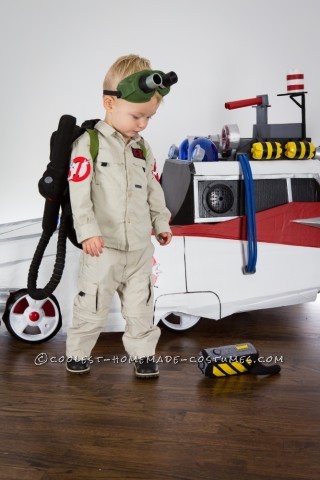 2 thoughts on “Littlest Ghostbuster Toddler Costume – Who You Gonna Call?!?!”