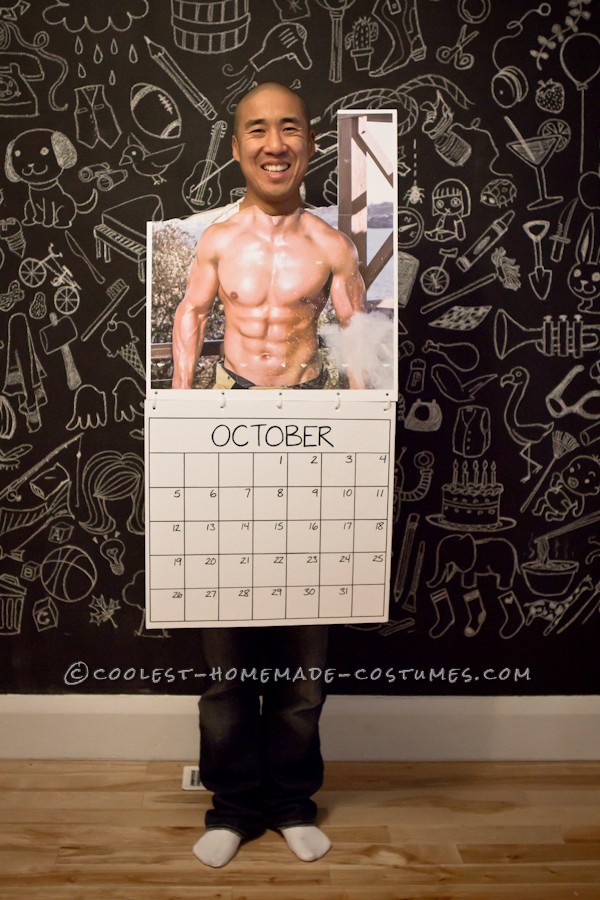 So for Halloween at work this year, my team was looking for a great idea to do as a large group. We needed ideas and we needed a lot of them. So I suggested this site. Thanks to the different category links on the left side, we searched through the group costumes. Since we had a large group we settled on dressing up as all the different holidays during the year. Everybody quickly shouted out with what they wanted to be. In the end I was stuck with New Years! I wasn’t too pleased with what I was stuck with, as I thought it sounded silly saying you’re New Years for Halloween. After some pleading I was given the task of being the leader of the holiday group by being the calendar. Sounded simple enough. And being a calender sounds better than New Years! Now I just needed to make it interesting.

I searched for different types of calendars and seemed to come across a common theme, firemen. I definitely do not have the body of a fireman so had to do a little improvising! 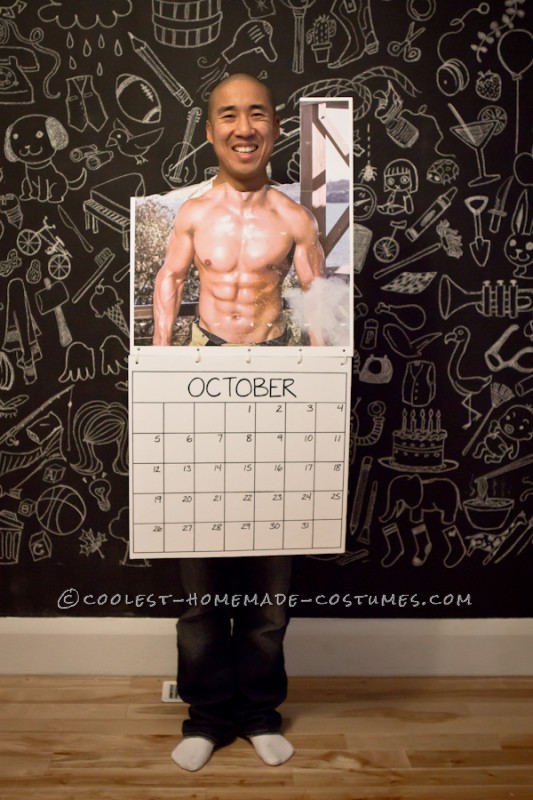 Print out the images

Since I don’t have a printer that can print something 20″ wide, I had to cut up my image and print it on 6 different 8.5″ x 11″ sheets of computer paper. 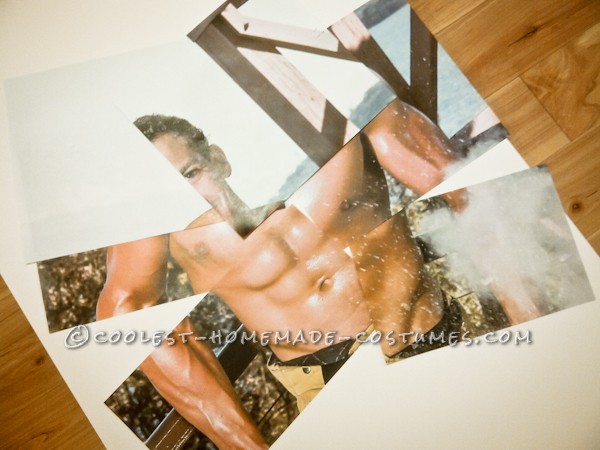 Glue the image down on the foam board

I glued all the images down on the foam board as close as possible so that there would not be any seams. This makes the image nice and clean as if you printed out one large image. 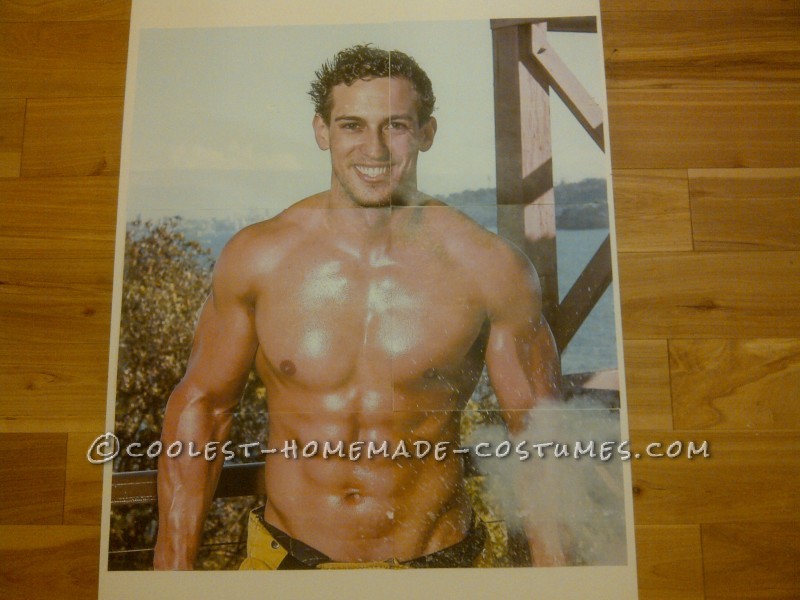 Cutting out where my head would sit

I used a box cutter knife and cut out the top of the image so that my face would sit just above the neck on the image. Now I have a hot fireman’s body! 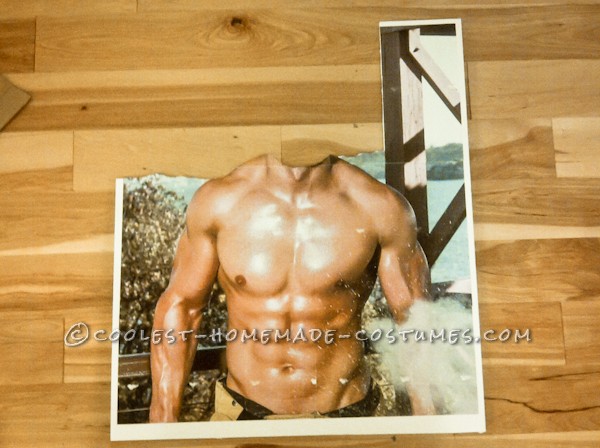 On the second piece of foam board I drew the calendar using a sharpie. I just copied the calendar on my wall beside me. I figured since it was Halloween, October would be the most appropriate month!

Attach the foam board

For better mobility I wanted to make the calendar bend in the middle like a real calendar. This would allow me to walk and sit down freely. So I punched holes with a pen through the foam board and joined them using zip ties. 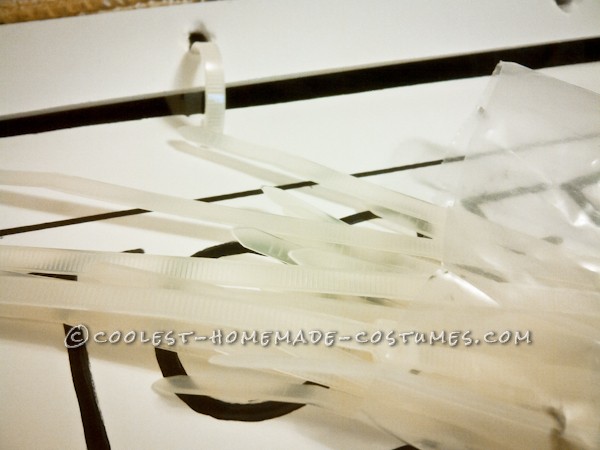 Attaching the string so I can wear it

I simply taped the string to the back of the foam board with one piece of string on each side so when I wear the costume I just tie it behind my neck like an apron. And there you have it, Mr. October fireman calendar!

Wearing the costume at work:

My co-workers certainly did not expect the kind of calendar I had made! I got a lot of great responses and compliments for my costume. I wasn’t expecting to pose for so many pictures! People from all over the building came by my desk to take a look at my costume because there was such a buzz about it. So much attention for a costume that took an hour to make the night before! To top off the day, my team won for most original costume! 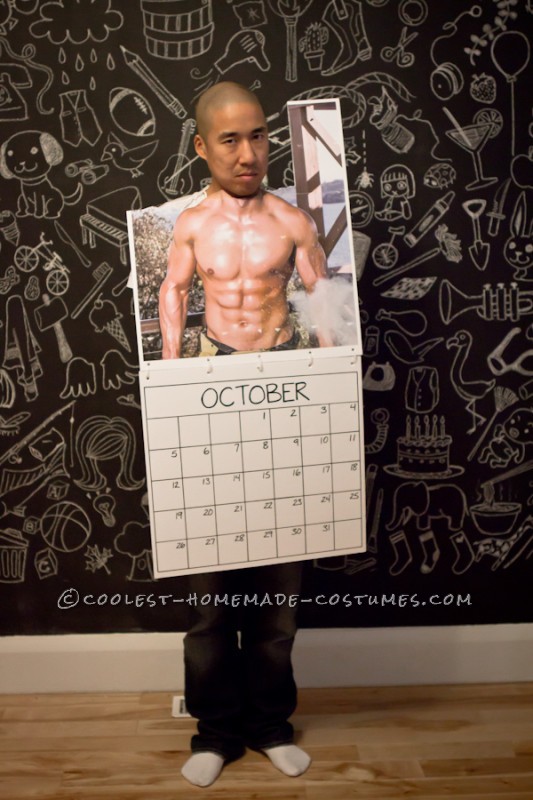