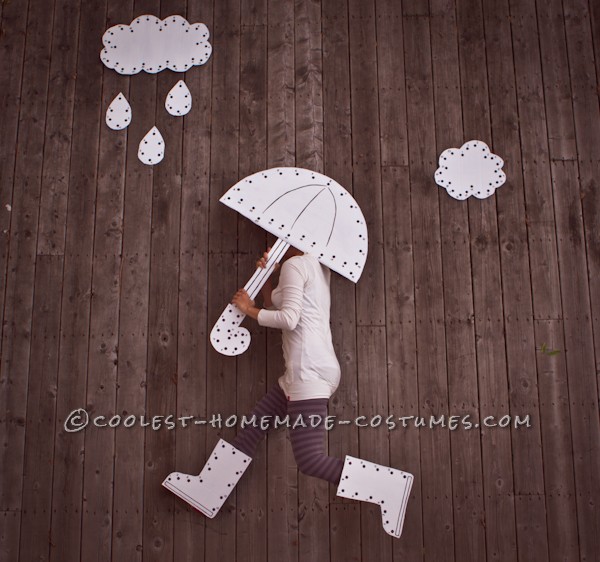 This year, I didn’t have the time to start weeks ahead to attempt an elaborate and detailed costume. With only three days until Halloween, I had to think of something that would be easy to pull off, but would still stand out. Something simple yet better than putting a bed sheet over my head and calling myself a ghost. So, the brain storming began. In order to fit into the time constraint, I wanted my costume to be 1) a simplified version of what I’m trying to be and 2) suggestive, so I wouldn’t need to fully put the costume together with every small detail. Something like a symbol, or an emoticon, or a paper doll with the tabs, or even a connect the dots image. Wait, THAT’S IT, CONNECT THE DOTS!

Cut out the shapes

After deciding what I wanted to be, I cut out the shapes. I had two ideas for costumes. The first was a fisherman and for fun, a girl holding an umbrella in the rain. The more suggestive props you have, the better!

As simple as it seems, I did not get all the cutouts right in my first attempt. I soon realized the cutouts of the image should have at least a one inch border around it. The reason is because that extra space is where I needed to write in the numbers for the dots. Looking at connect the dots images online, I saw that the numbers are always on the outside of the lines that are drawn when you connect the dots. 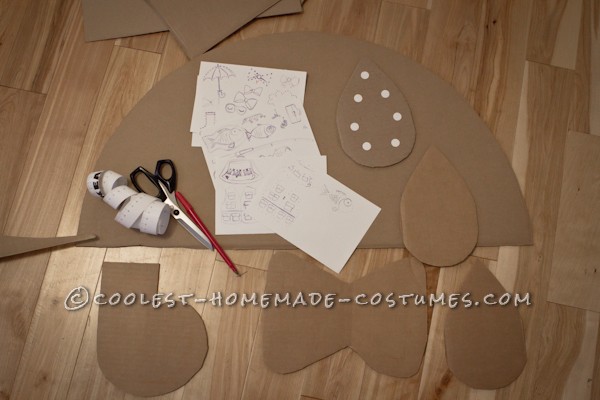 Cut out the shapes

First, I painted my cardboard panels with white gesso (that artists use to paint stretched canvas). You can also use white house paint, acrylic paint or even spray paint. If you have white card stock or white foam board, even better. You can skip the painting part! I wanted to keep the costs as minimal as possible, so I picked up cardboard boxes from my local grocery store. 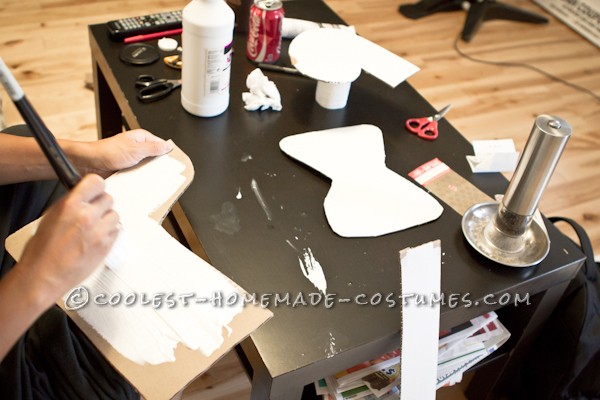 Finding the position of where the dots will be

Instead of drawing directly on to the nicely painted white cardboard, I used a hole puncher and created circles so I can position and move the dots where I wanted them to go. This way, if I make a mistake, then I don’t have to erase it and possibly create unsightly marks that you’ll see after. Sometimes, I found that I put in too many dots and they were too close together because I wanted to make sure people knew what I was. But I had to remember, I couldn’t be too obvious and it will be people’s eyes that will put the dots together to see what I made. 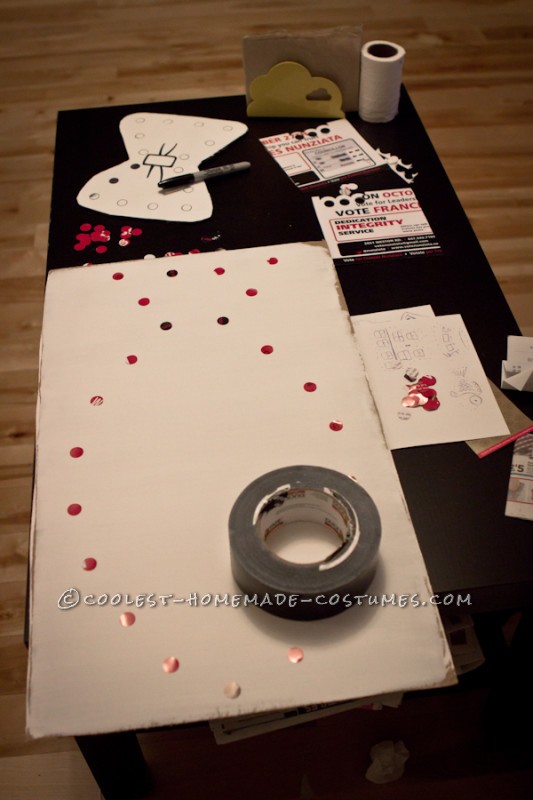 Draw in the details

This is a very important step as this is where I draw in the small details to suggest what it is. 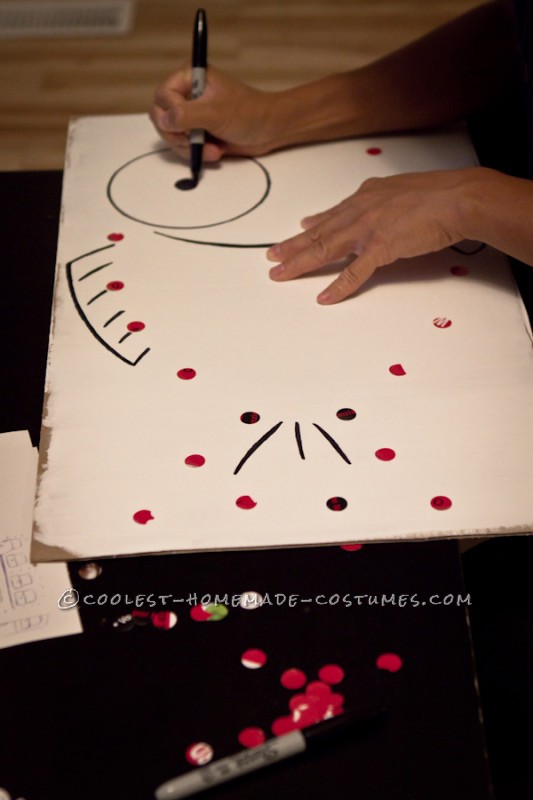 Drawing in the details

Filling in the dots with a black marker

Since I used a hole puncher to create the small circles, I used the sheet of paper I punched it from as a stencil. I just lay it over the dot I placed, removed the dot, and colored in the circle! I didn’t trust myself to freehand a perfect circle over a hundred times! 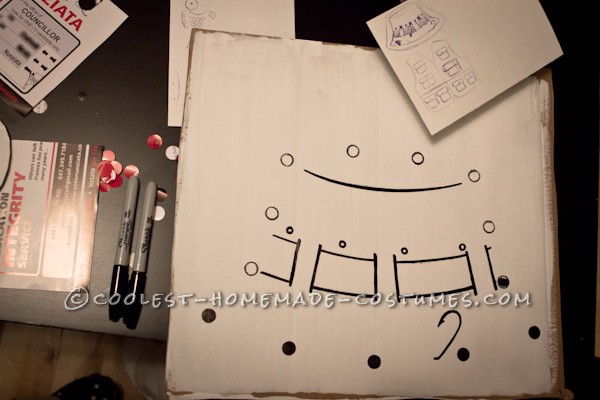 Filling in the dots!

Write in the numbers

Now that all the dots are placed, time to write in the numbers! I had to keep focused so I didn’t skip any.

So there you have it, my connect the dots costume just in time for Halloween!

For Halloween, I went to a couple of house parties my friends were throwing. I was not expecting the kind of response I received. I got so many compliments for wearing painted cardboard! I heard a lot of “Oh wow, that’s such a great idea!” and “That’s so cool! I loved connect the dots when I was a kid!” Soon people were talking about how cool their costume would look as connect the dots. That night, I won best original costume for both the parties I attended. It just goes to show you that you don’t need to spend hundreds of dollars and be knowledgeable in sewing, welding, or sculpting to create a cool costume. 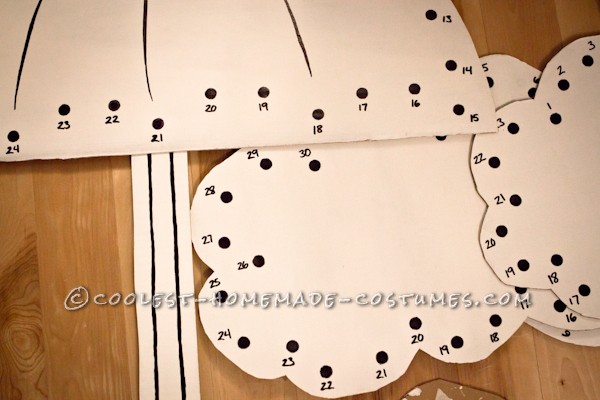 Write in the numbers! 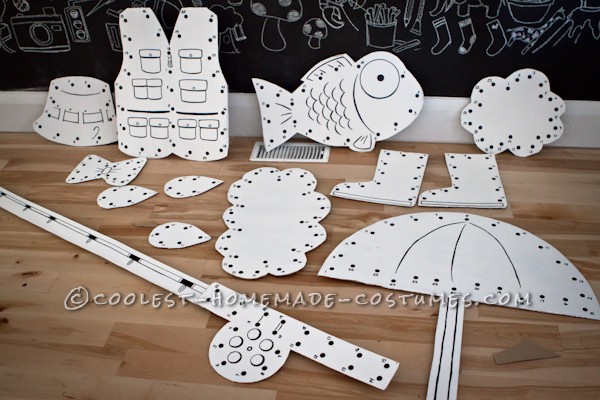 All the dots and numbers on! 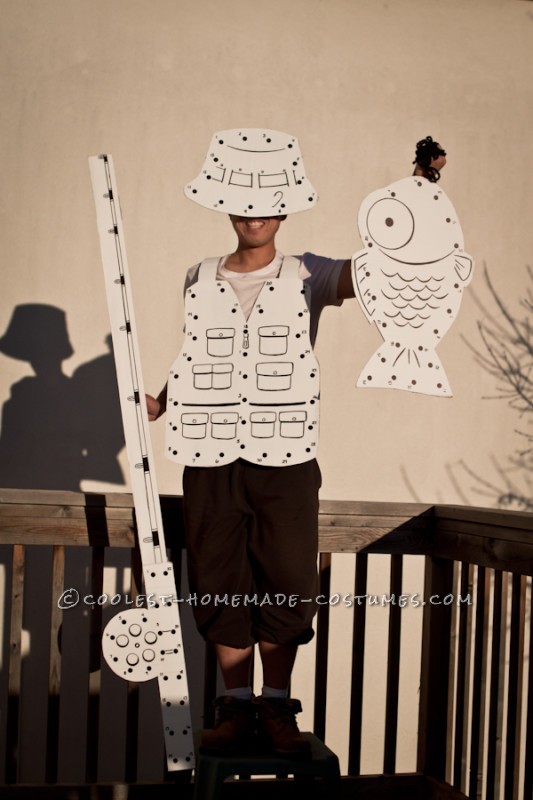 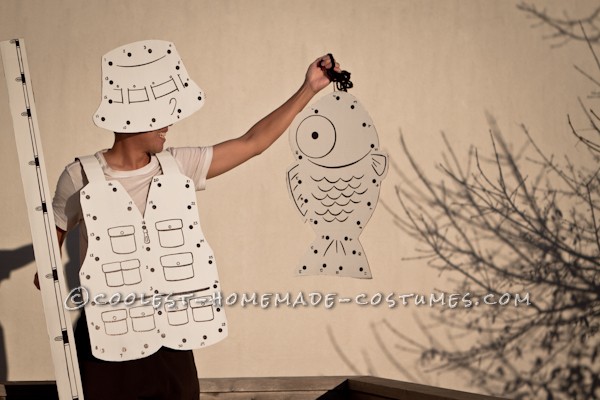