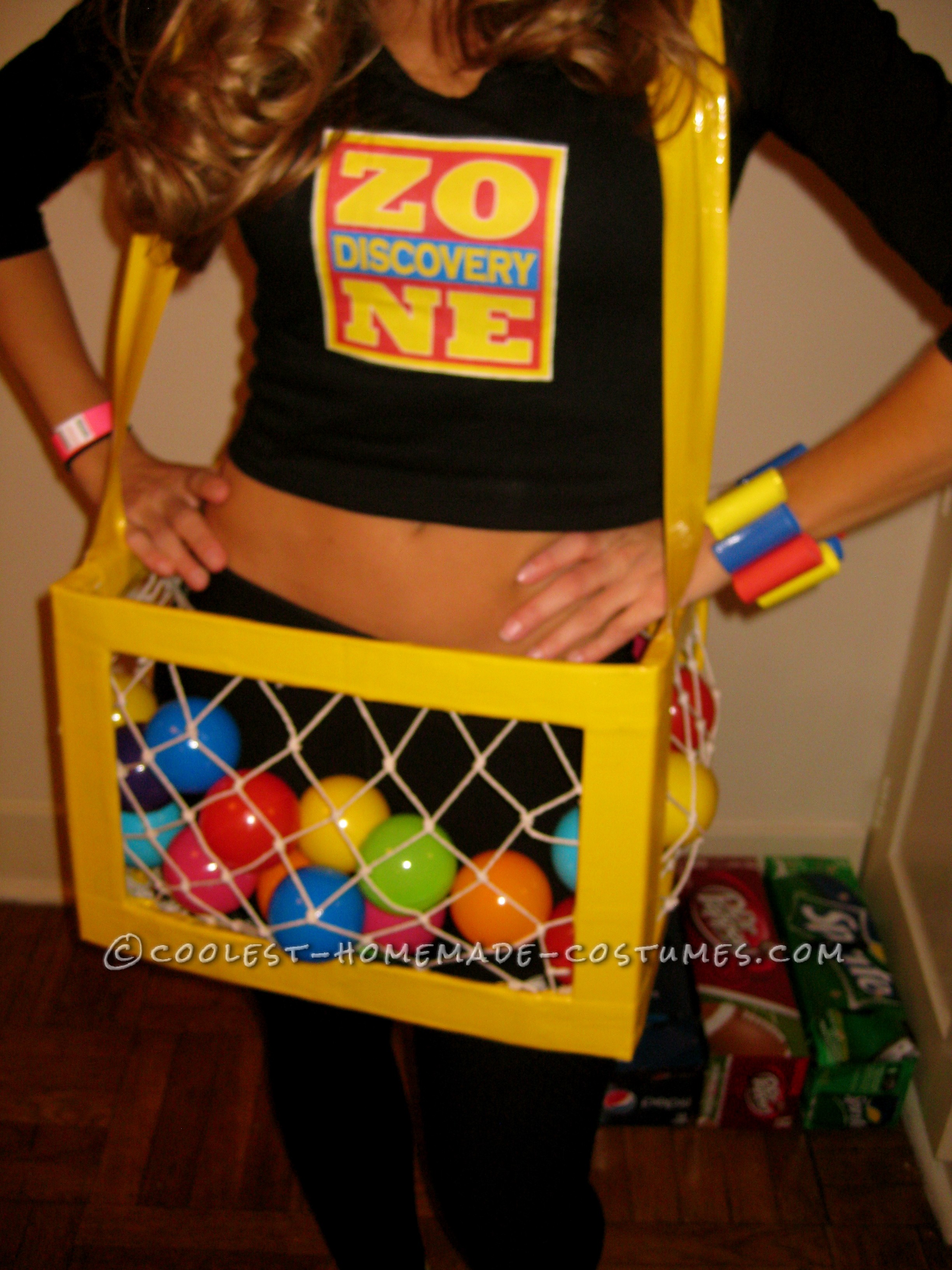 Growing up as a Pittsburgh child in the 90s, the hottest birthday party spot around was “Discovery Zone”, or as we called it, “DZ”. I celebrated several of my own birthday parties and many of my friends’ birthday parties at Discovery Zone, and I have such fond memories of it. For those of you who may not know what Discovery Zone is, it’s similar to Chuck E. Cheese or Safari Sam’s, complete with colorful ball pits, a roller slide (made of individual cylindrical tubes that rolled underneath you as you slid down), winding tubes to climb through and slide down, a trapeze bar to swing from, more games than one’s heart could desire, and so much more! I’m always a sucker for a Halloween costume that promotes nostalgia and childhood memories, so what better than dressing up as Discovery Zone itself!

(Side Note: My original idea was to have two other friends do a group costume with me, so we could be Discovery Zone, Chuck E. Cheese, and Safari Sam’s, but I ended up going solo which turned out just fine!) This costume took about six weeks from start to finish (working on the weekends only), and I was very happy with the final look. On Halloween weekend, my friends and I went out to several bars and when people saw my costume and recognized what it what, their faces lit up! I received a lot of comments similar to, “No Way! DZ, I loved that place! Awesome costume!” or “OMG DZ, I loved that Roller slide thing! I went to so many birthday parties there!” My costume was a great conversation starter all night, and it was wonderful to share so many childhood stories and DZ experiences with complete strangers! 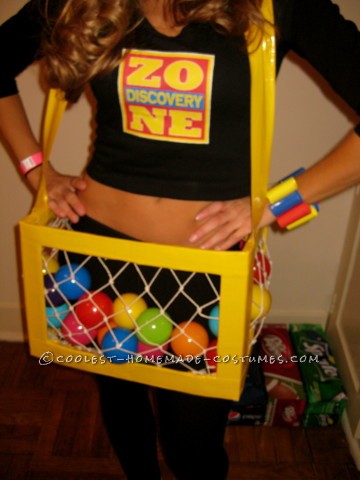