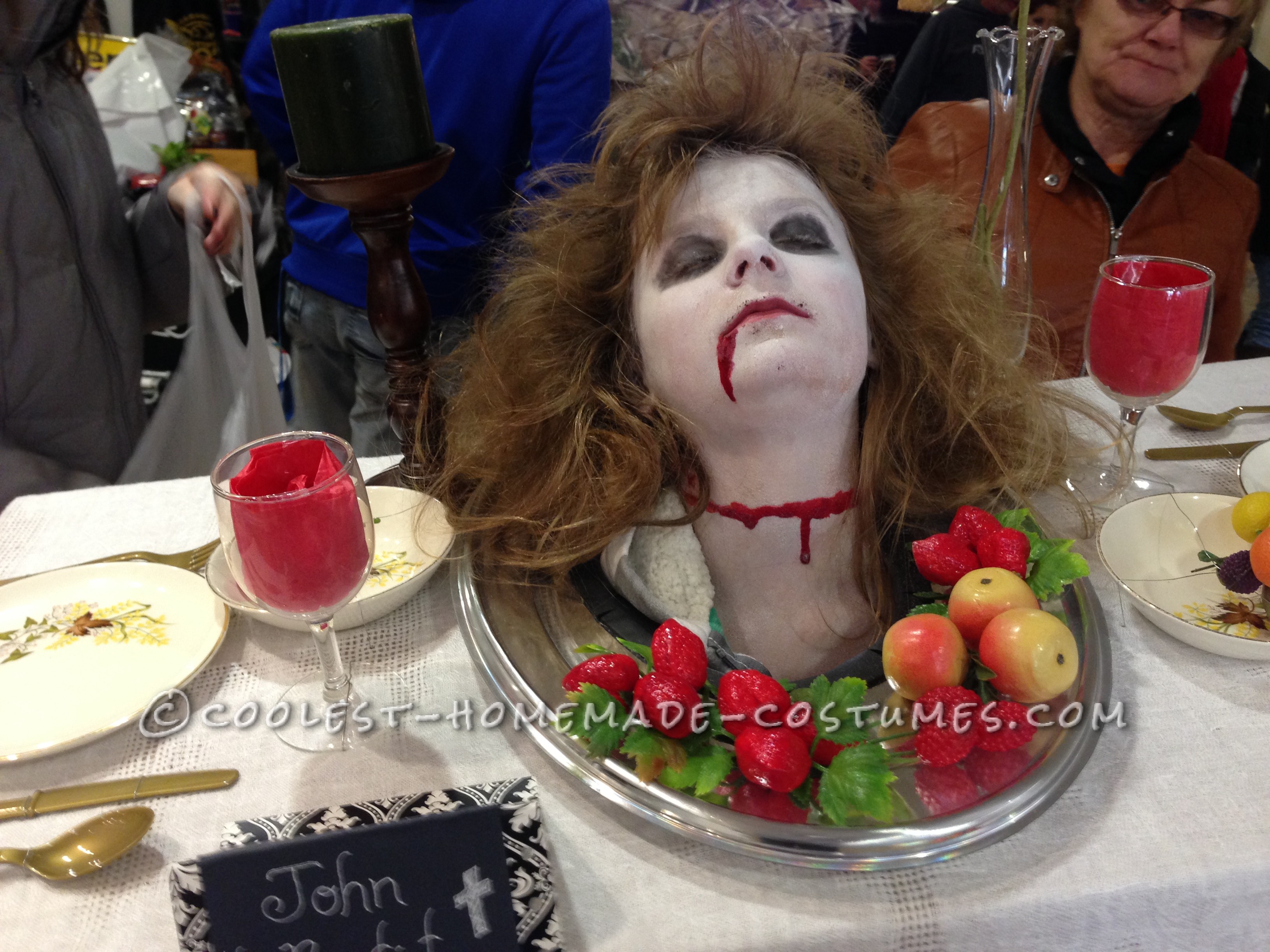 After Googling several DIY Halloween costumes, my daughter chose the Head on a Platter. I was so excited! I picked up most of her table items from the Salvation Army. My husband fastened them to the (box) table. He even made her handles on the inside of the box in order to make it more stable to carry around. I spray painted a cake carrier lid (also found at Salvation Army) for the lid to her head.

The minute her face paint was put on, she was in character. Whenever anyone asked for a picture, she would tilt her head to the side to pose. We got rave reviews by everyone. One person dumped all of their candy into her bag, “You deserve the rest!”

Now, how John the Baptist got added. The week prior I was at my Bible study group and started to feel a little guilty about my morbid Halloween costume idea. But that week was the week we were studying Matthew 14. Who knew that there was a beheading in the Bible? I did not know that John the Baptist’s head was served up on a platter. So we simply added the name card to her costume.

The best was her playground lady. “Miss Polly” had asked her what her costume was going to be. “John the Baptist” she replied.  “Miss Polly” said, ‘Well, what does that look like?” My daughter replied, “A head on a platter.”  “Miss Polly” said, “Oh Honey!  There are no heads on platters in the Bible!”  My daughter replied, “You better go home and look in you Bible, Matthew 14.”  HA!  Can you get a better way to evangelize than through a nine year old’s awesome Halloween costume? 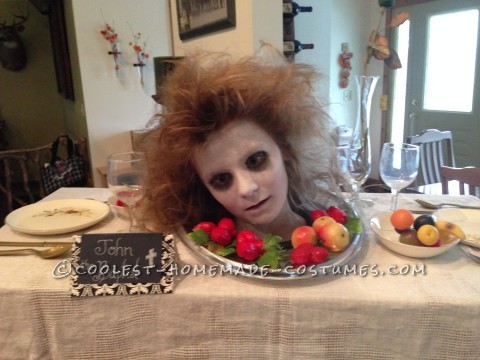 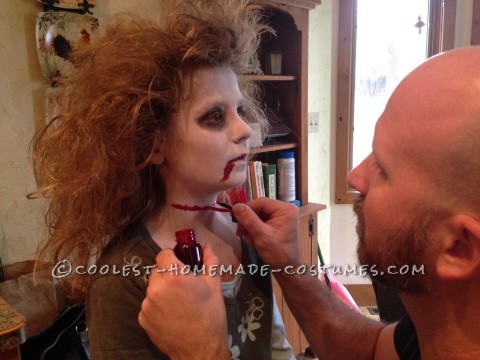 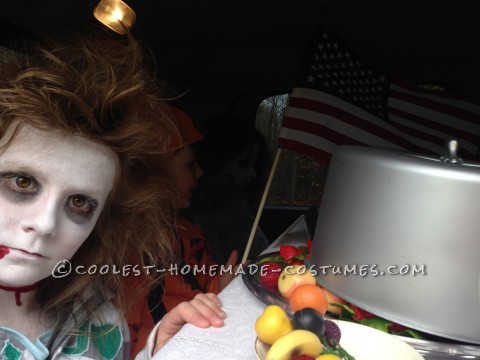 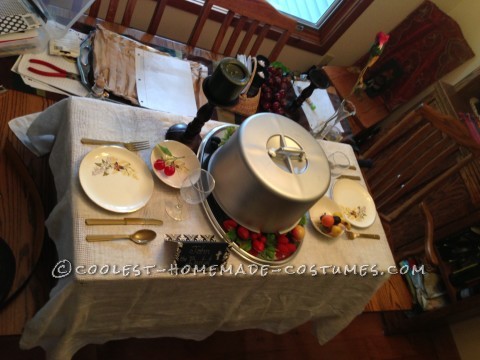 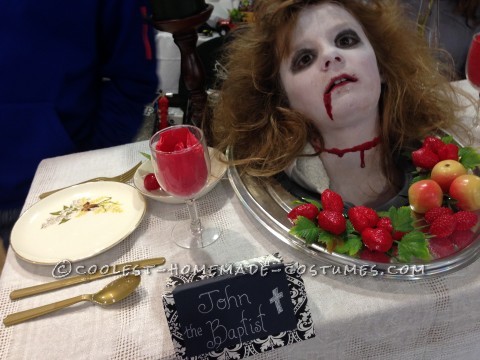