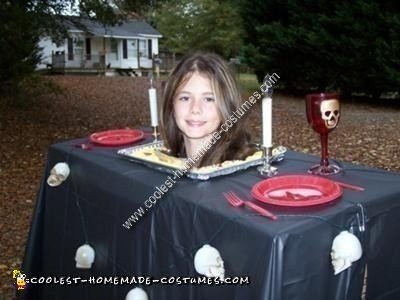 This Head on a Platter Costume was such an easy costume to make. We got everything at the dollar tree, including the boxes. We fitted one box on top of another one and made a holes for her neck and arms. I then glued two black plastic tables clothes to the box so that it would cover most of her legs.

We used a hot glue gun at first but found that super glue worked much better. I cut a whole in the platter and used sticky noodles with cock roaches all around it. It was sold as a set at the dollar tree. I glued the plastic plates, gobblets, forks, knives, and battery operated candles to the top. I also had battery operated skull lights that played a Halloween tune on the front. I bought at Walgreens for $6. It had a push button so that when we walked up to someone all she had to do was push it and it worked so well. I put fake blood on her head used a makeup kit that we paid a dollar for. She was very popular and everywhere we went people stopped us to take pictures. 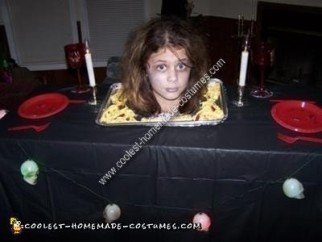 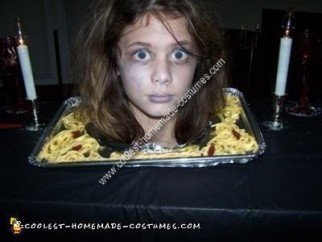 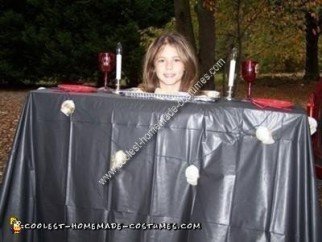 1 thought on “Coolest Homemade Head on a Platter Costume”