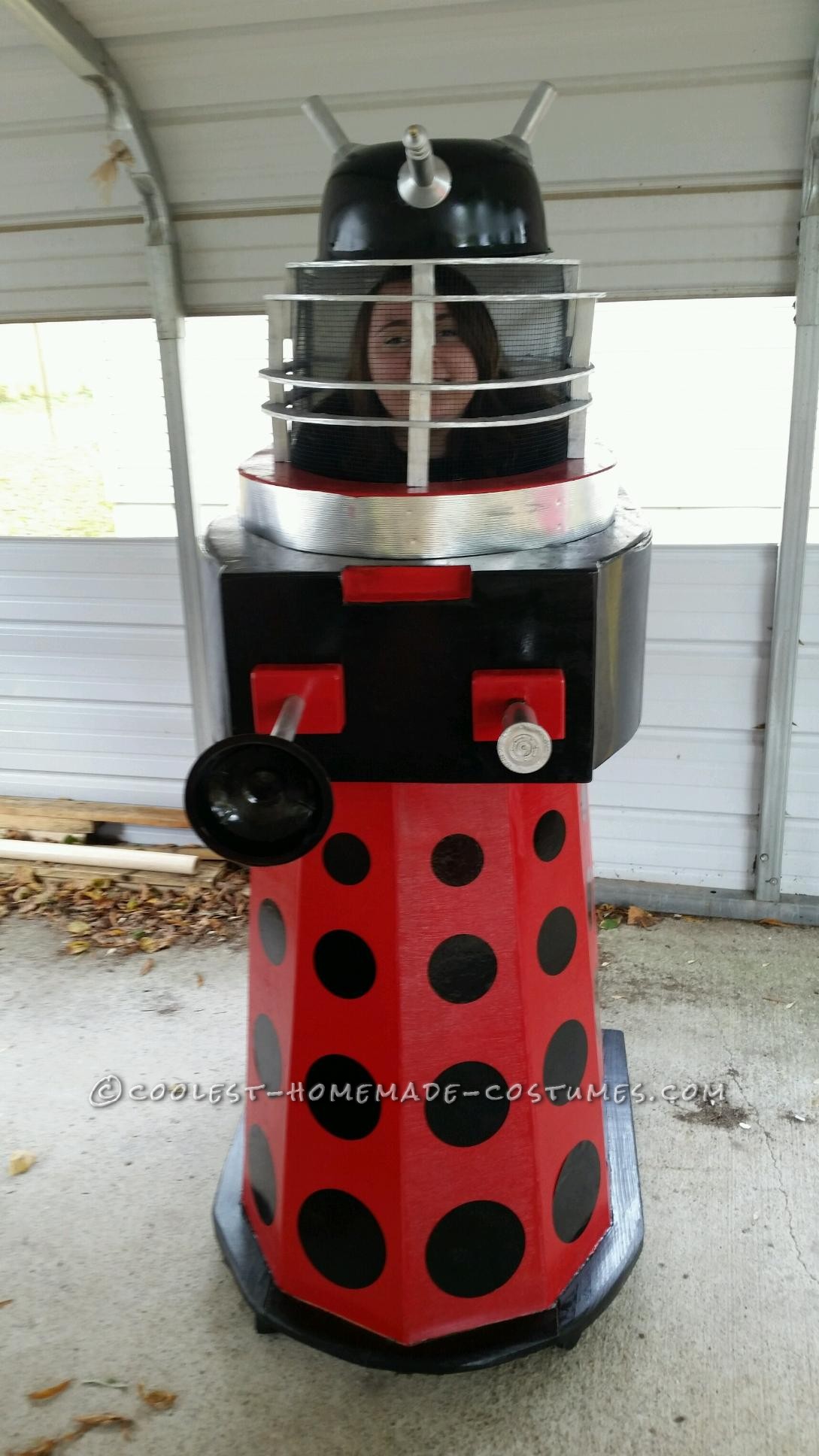 My nine year old son, Brodie Henry, decided he wanted to be a Dalek from Doctor Who for Halloween.  We worked with a family friend to build his costume from a drawing of a Dalek, with much direction from Brodie.

Scrap wood is the main item used in building the costume. The only thing new on the costume are the rolling wheels on the bottom and plunger.

An old sprinkler was used for the laser.  Old thread spools and an old bowl were used for the top. The black circles are made of vinyl.

The costume is in two pieces, the red bottom is one piece and the black on up is the second piece. Three clamps are used to put it together for easier travel.  There is a plastic flap on the back for entrance and exit.  The costume was Brodie’s idea. A funny part is when Brodie was in the bottom part when it was finished and not put together, playing pop goes the weasel. The hardest part was figuring out the part he can see out of.

We started out with a garbage can. Then the metal bars off an old heater. Then we ended up getting wood, putting it together and using chicken wire on the inside so he can see out. We’ve had 100s of likes on Facebook with all the different pics that’s been posted. And he took it to show our elderly neighbors that think “Brodie is so smart, he will one day be on the moon”. 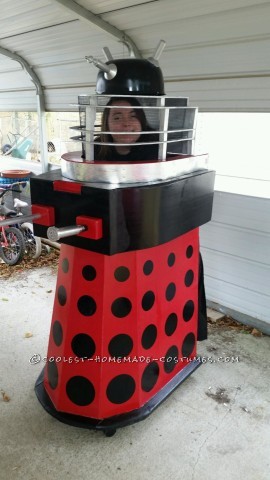 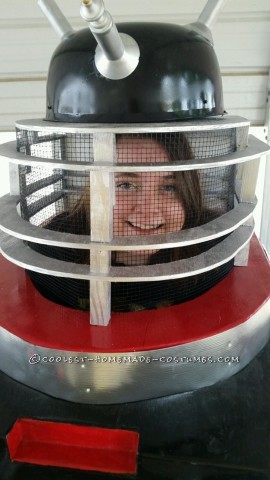 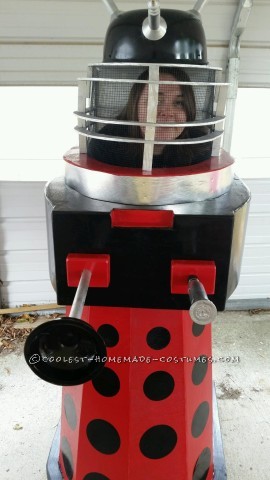 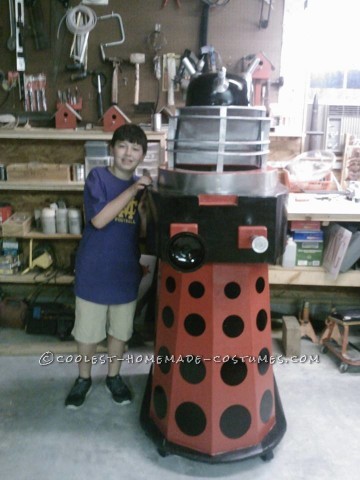 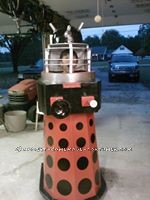 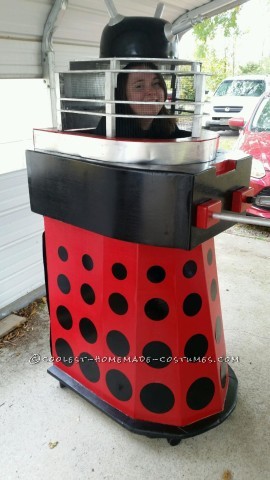 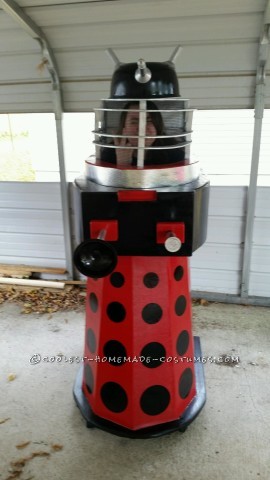