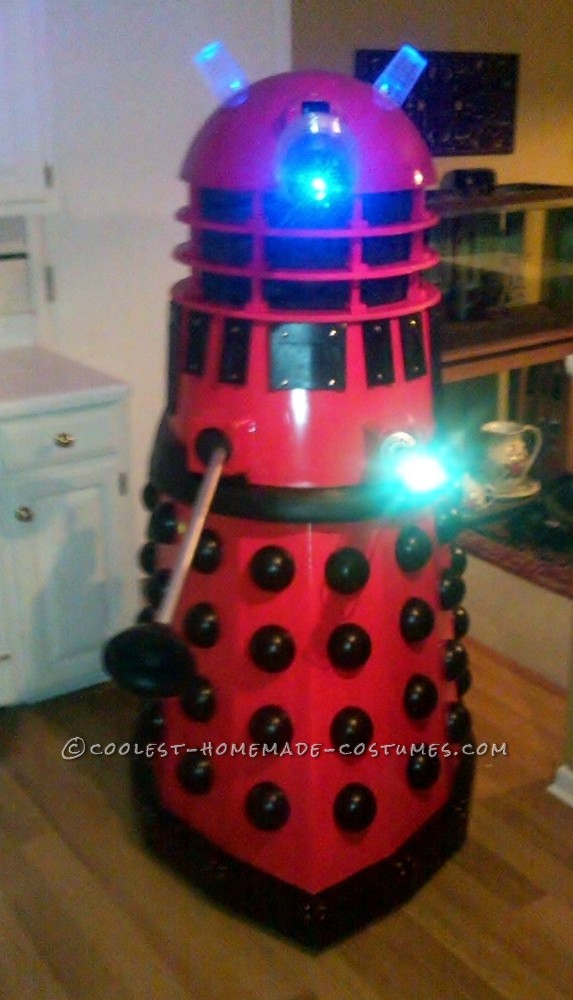 A couple of years ago my sons and I discovered the 2005 version of Doctor Who. In August my youngest son, Alec, found an online video of a guy making a Dalek and he asked me if we could make one for the Cub Scout costume contest (after all, it was his last year as a Cub Scout before moving on to Boy Scouts). Like any good parent I said “Maybe.”. He became quite persistent about making a Dalek over the next few days. So, I looked for and found free plans online but there was a problem.

To build according to the plans would cost more than $1000 and take several months. That’s when my dad called. He was a Doctor Who fan in the 70’s & 80’s. I told him how Alec wanted to make a Dalek costume but the plans weren’t going to work for us. A few days later, he drives the 9 hours from his house to help us start the Dalek using the plans just to get the scale and improvising the rest to make it as quickly and CHEAPLY as possible. I work for a sign supply company and from the garbage I rescued many of the materials used to make this costume. Plywood, wooden pallets, plastic pallets, foam core board, 3 mm PVC board and colored LED lights all came from the garbage at work. Then, I got really lucky. A neighbor threw out an old Weber grill (the dome I needed), a standing lamp and some PVC pipe.

It took over 180 hours of work (and rework and more rework) from my dad (who got us started and motivated . Then, went home less than half way through the project) my 2 sons and myself. In all I spent less than $120 on materials and tools. 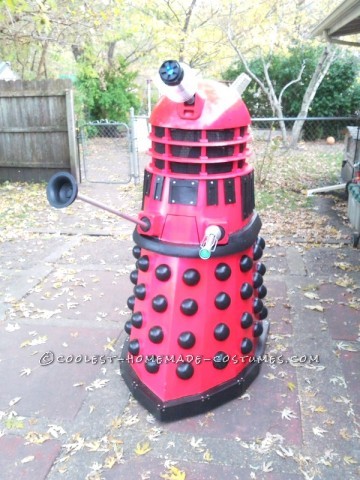 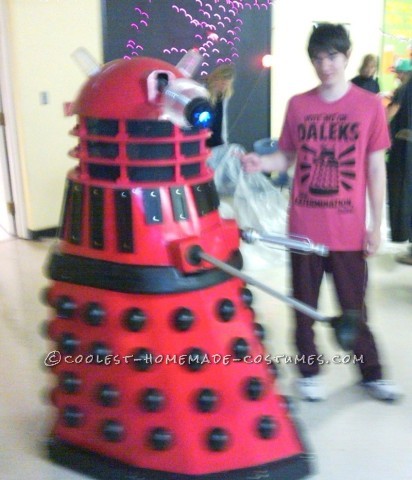 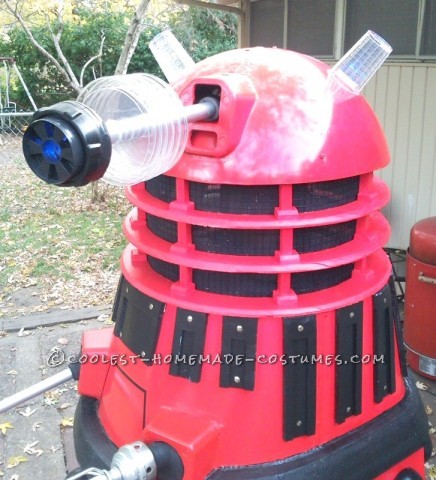 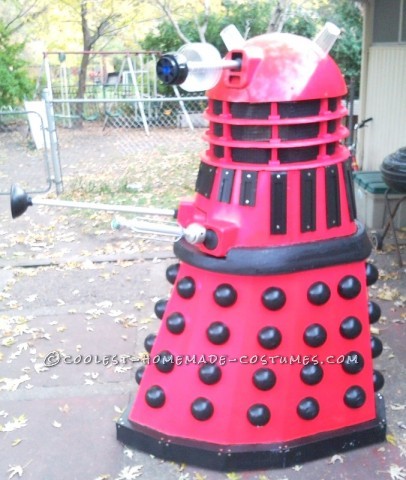 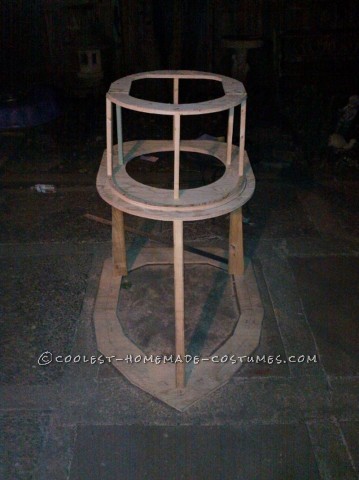 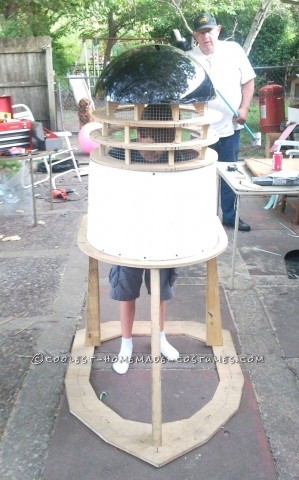 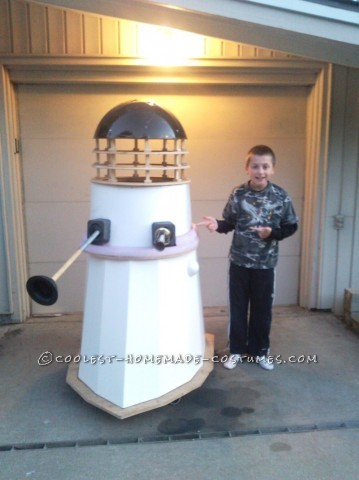 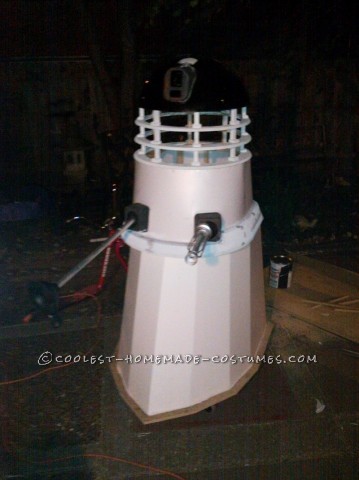 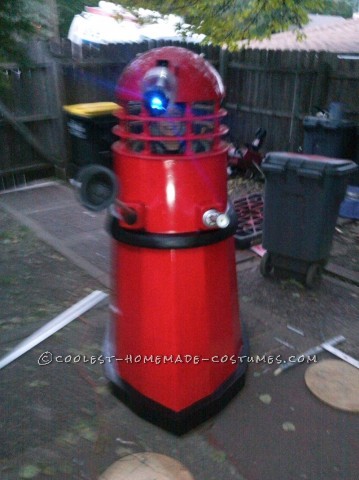