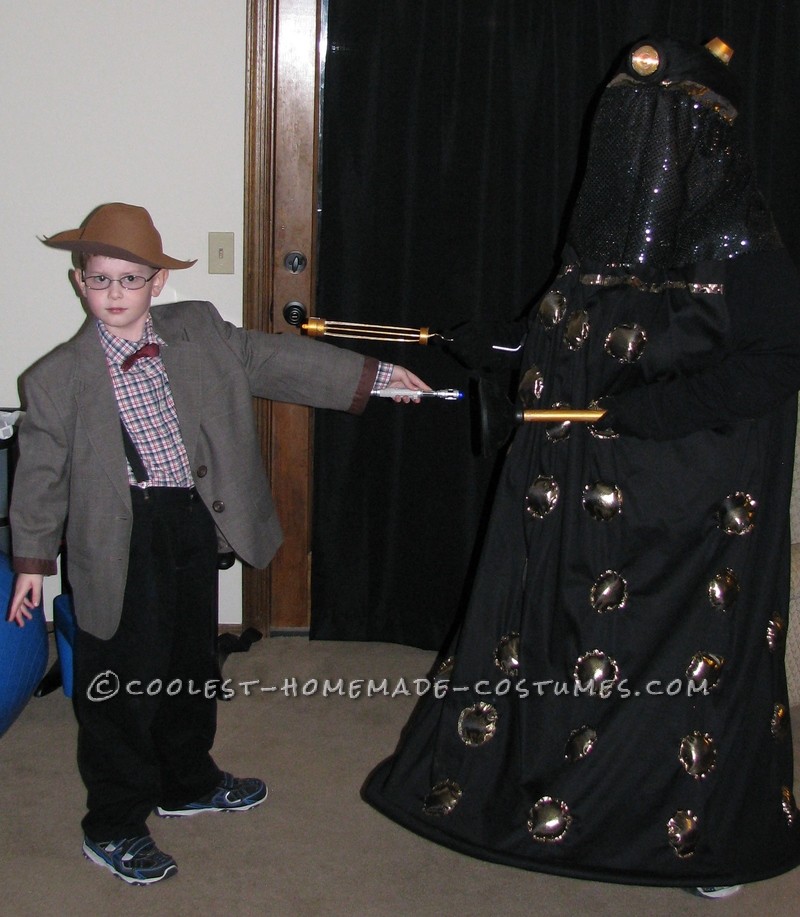 My son is a new fan of Doctor Who.  He decided that I was to be a Dalek and he was to be the Doctor, but couldn’t decide which one.  He was insistent that he have a TARDIS.  We got a cardboard box, and had to cut it down to a manageable size.  We painted the outside  but he decided to paint the inside.  He designed the look and added a lot of the details himself.  (I got the boring background stuff).  After adding a touch light on the top, he put on the Police Box signs.  For his costumes, he touched up some thrift store finds.  We couldn’t find a boy’s coat he liked, so we modified a girls coat with elbow patches and cuffs.  He also had a Sonic Screwdriver and psychic papers that he took from me.

As for the Dalek, we had a harder time with that one.  I took black fabric and wrapped it around a hula hoop at the bottom, then a ring we formed for the neck.  I wanted it to just slide on and off.  Wearing a black shirt and gloves, it was all together.  The gold circles were hand stitched with a puff of stuffing inside for shape.  The same gold fabric was used for accents.  The hat was a miners cap that we modified with fluff, fabric, and tea lights added with cups covering them to give the glowing effect.  We used a plunger and paint roller (with another light at the end) for the weapons.  They were highlighted with gold paint to keep with the colors, and because my son liked to paint things gold.

He started day as the 10th Doctor, regenerated to the 11th, and fought off the bad guy (me).  He wears the outfits still, and loves having the TARDIS that he can play in anytime. 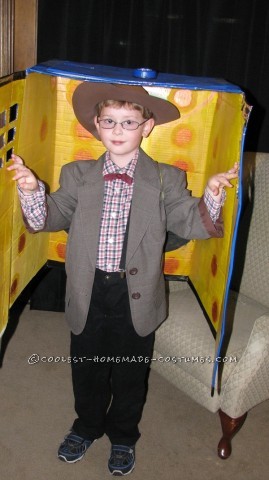 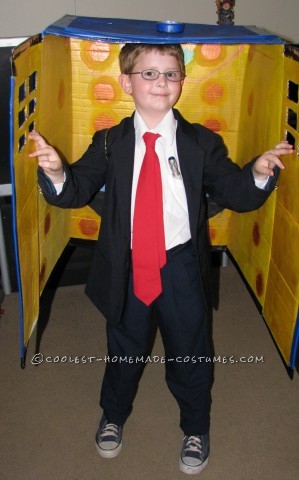 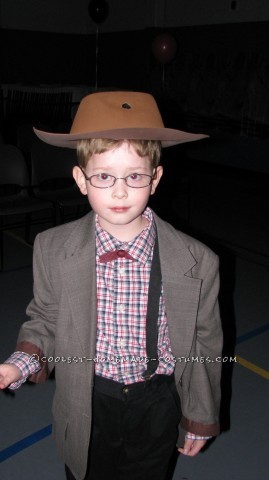 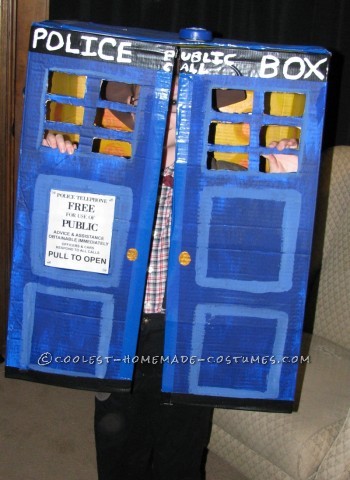 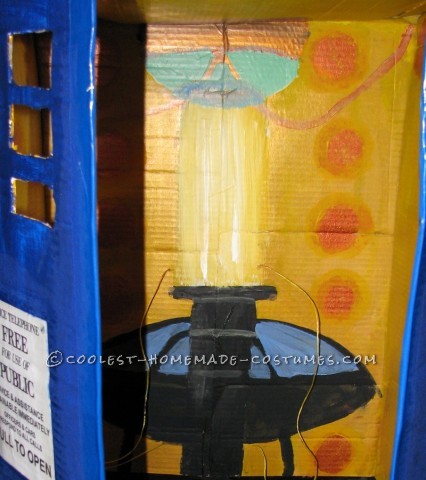 4 thoughts on “Awesome Father and Son Costume: Doctor Who in his TARDIS and Dalek”