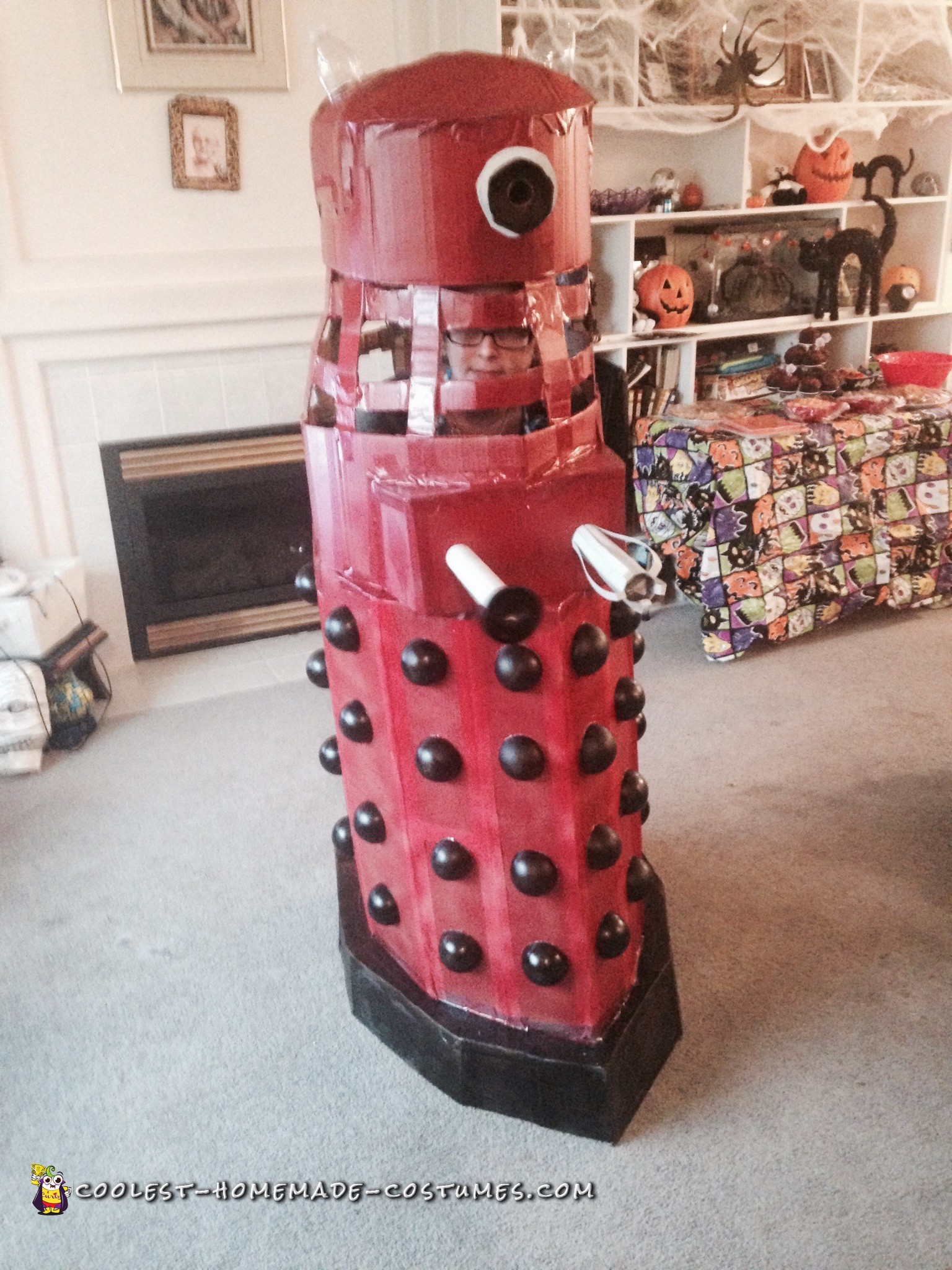 I wanted to be a Dalek (an evil exterminating roabotish thing from the British tv show Doctor Who) but the only costume I could find was a dress.

The dress was nice enough but it didn’t instill terror in me like a real Dalek. So I decided to build a costume out of cardboard, tape and shear willpower. It was not easy getting all of the cardboard I need. I had to enlist my friend and family to help get me all the cardboard I needed.

The actual building wasn’t to bad, though the head took sone trial and error. It was massive.  At almost six feet tall and about three feet wide, it barely fit through the doors. In fact, it didn’t fit through the back door. We had to paint it out back because it was raining and you can’t get cardboard wet and the back patio is covered.

We wrapped it in a tarp and carried it out the front door( which was thankfully big enough) around the house and to the back. We did this four times. The first time we brought it back to paint and the second time to bring it in. Then we had to do the same thing the next day because I ran out of paint and had to get more.

For the black dots I used plastic ball, like the kind you would find in a ball pit. We had a large bag of them just lying around( I honestly cou tell you why) and I cut twenty one of them in half, painted them black and then glued them on to the costume.

When I was inside the Dalek, I hooked my phone up to a speaker and play a recording of a Dalek saying EXTERMINAT. On Halloween me and a friend walked around( which was very difficult in my costIke) and she would knock on the door and run and I would duck down so they couldn’t see me and play the recording.

Most people didon’t know what it was, but they still loved it. Some were scared and others wouldn’t stop smiling. They all were impressed by the amount of effort I put into my costume.

I’m really proud of my Dalek and I still can’t believe that I made this beautiful monstrosity. 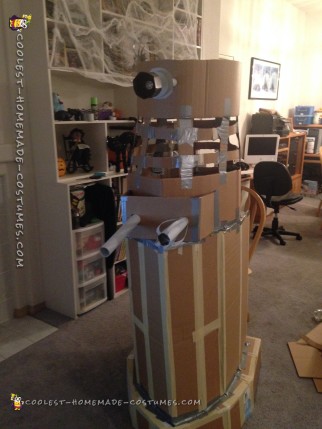 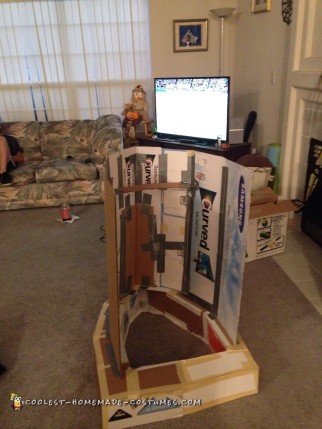 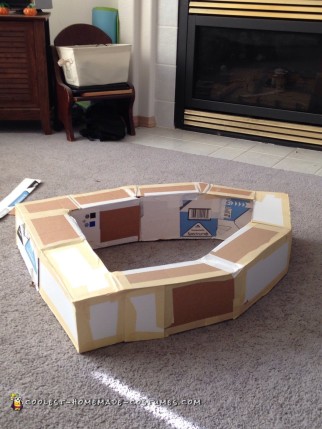