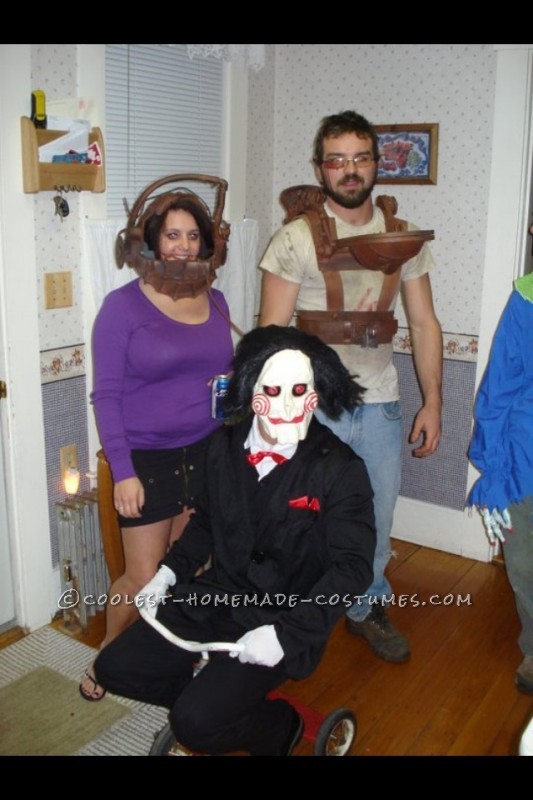 Pretty much just wanted to have the best costume at the party so I built the reverse bear trap and Venus fly trap from the Saw movies. Won first place. Both made out of steel. it took about a month to build them both.

The fly trap was last minut but came out awesome. I bought two stove top timers and installed them on each device, so people could turn the timers and hear the tick tick tick. Tons of fun. I also took small diameter hose and ran it through the bear trap so Jenna could drink all night with that heavy thing on her head ! I’ve got a few other cool costumes I’d like to submit also. Thanks everyone for checking it out and special thanks Brian and Jenna for making it all possible! I’d like to build some other traps from Saw! 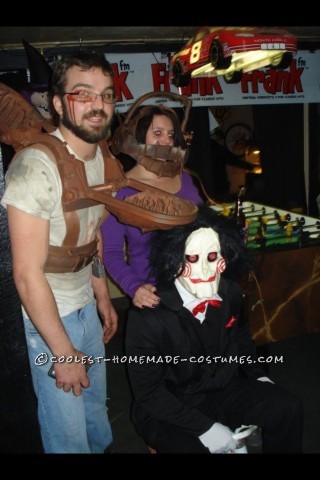 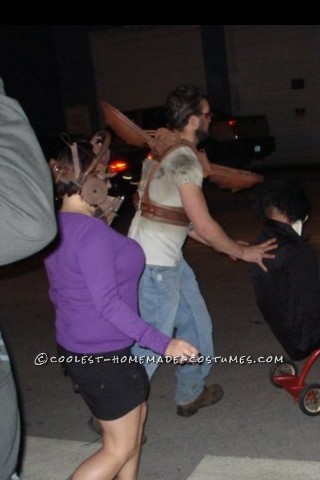