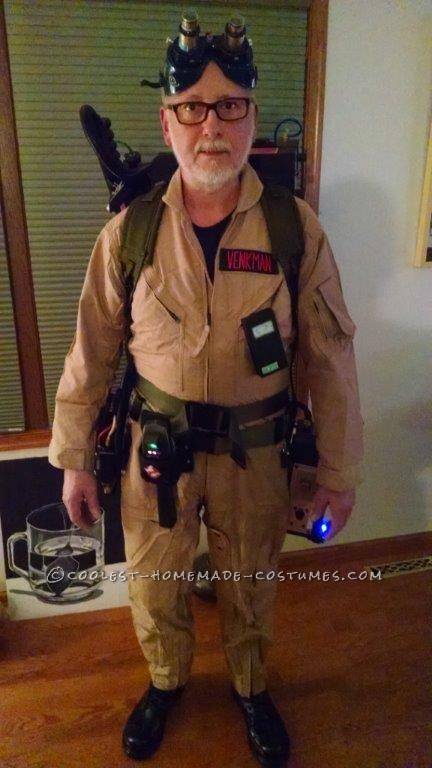 In 2011 a co-worker decided to be a Ghostbuster for Halloween. He had one of those inflatable Proton Packs that he had bought online. Being a lifelong tinkerer, I decided to look into building something akin to ‘the real thing’, movie accurate (or at least mostly so). So I got online and started searching, what I found there was nothing less than incredible.

There is an insane Ghostbusters fan base. Everything from Proton Packs for sale, to the parts to build them. Heck, you can even buy an Ecto 1 vehicle if you’ve got the $$$. I had no idea that movie was so popular. Well I ran across (free downloads) the actual accurate drawings to build all of the movie props. The measurements were taken from the actual ‘hero’movie props, so they’re as close to screen accurate as you can get. Well it was ‘game on’. The original plan was to build four packs and get three other guys to play the Ghostbusters with me. As the project developed though, it became quite apparent that building four of these things would be too much. WAY too much.

Having the accurate drawings is obviously a large part of building this stuff, but then you have to decide what materials to use, if you’re going to get the ‘real parts’ or make reasonable lookalikes, etc. A lot of basic engineering is involved. Not being an engineer, it was challenging to say the least. I settled on the idea of building just one Proton Pack, but making it as realistic as possible, with minimal cost.

To condense the whole story, the equipment was created mostly from 3/16” thick plywood, other parts were PVC and metal, which in the end made the Pack fairly lightweight compared to the actual ‘hero’ movie Packs (those were built from aluminum and in the 35 pound range I guess). The actors had a rough time wearing them for long. My Proton Pack when finished ended up at 20 pounds with batteries. Not too bad, but you feel like you really have something real on when wearing it (imagine strapping a 20 pound Thanksgiving turkey to your back and carrying it around for a while).

Long story short, it took 8 months of tinkering to build the Proton Pack. I then decided to build the Ghost Trap, which took another 4 months of tinkering. Not to mention all the other hours working on getting a flight suit that fit and doctored up with the proper patches and gizmos, boots, gloves, etc. The special effects folks at the studio really put a lot of time and imagination into creating all that stuff.

I tried to build the PKE Meter you see Egon Spengler carrying around in the movie, but that was just a little too difficult. So I ended up cheating a little and bought a working prop replica for $60.00. Well worth it, this thing is totally functional, movie accurate and great addition to the outfit. I made a holster for it from a leather tape measure holder, works perfect and looks good.

The Proton Pack and Ghost Trap are functional. The Pack has LED lights (including a strobe and high powered green laser in the tip of the ‘Nuetrana Wand’) and also a sound system that provides the gun firing sound and the Ghostbusters theme song for fun via an incorporated MP3 player and built in speakers. The Trap works like the one in the movie, press the pedal and the Trap doors open with a bright light from inside. I also built the ‘Ecto Goggles’ from a pair of welding goggles and scrap parts of aluminum tubing and such, they aren’t functional or totally movie accurate, but look reasonably good with the outfit.

All in all I invested somewhere between 300 and 400 bucks in the builds. I think I went thru at least 12 cans of flat black spray paint alone, it takes a lot of paint to make wood look like metal. All of the fancy labels and warning stickers are also free downloads, I just printed them on self-adhesive shipping label paper and cut them out. They’re easily replaceable if they get worn.

I’ve sent along some pics from ‘the build’ along with the finished costume pics. Wearing this stuff out and about really turns heads, you become an instant celebrity. Fun, I love Halloween, you get to be a kid again. (I just can’t gobble all that candy like I used to) 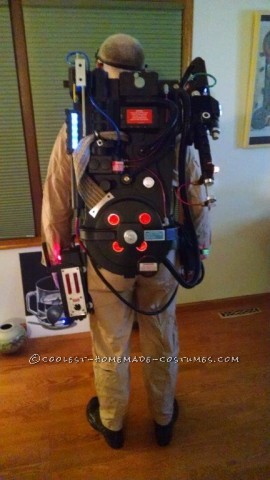 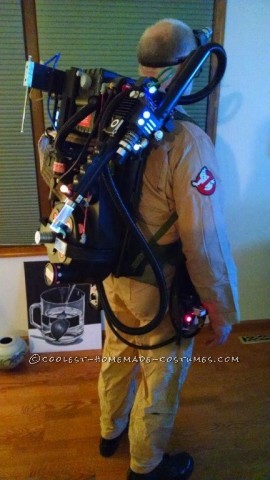 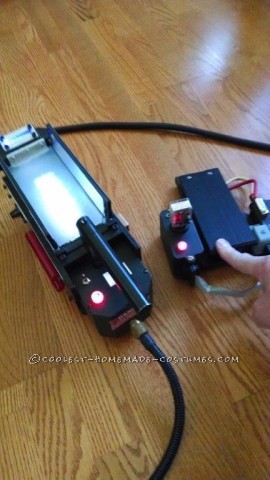 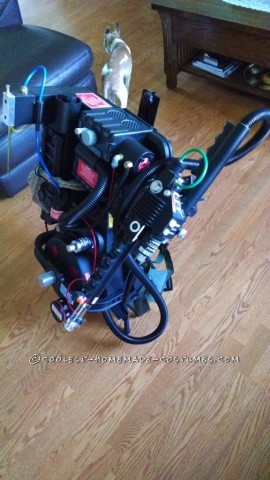 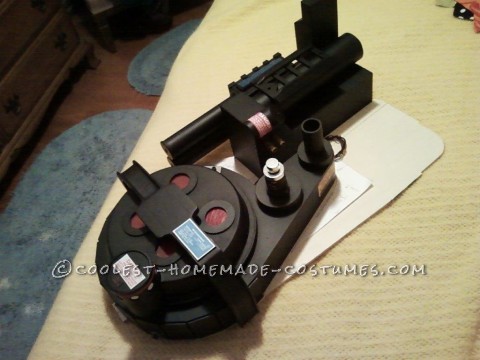 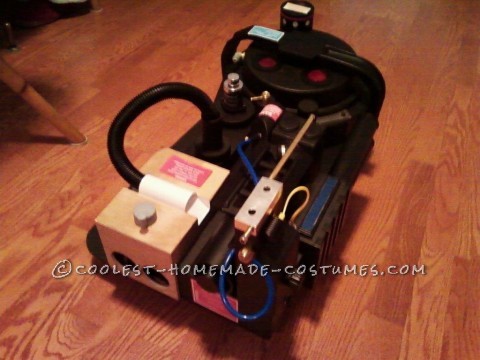 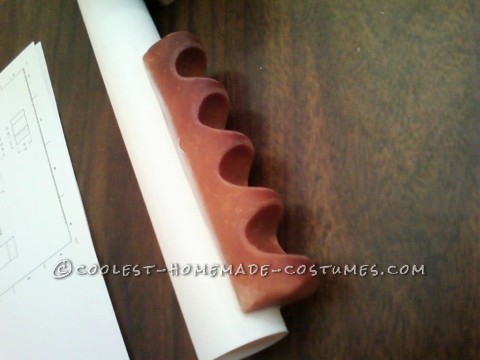 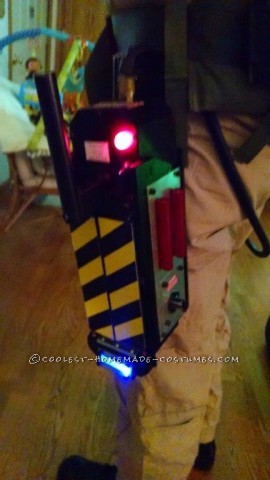 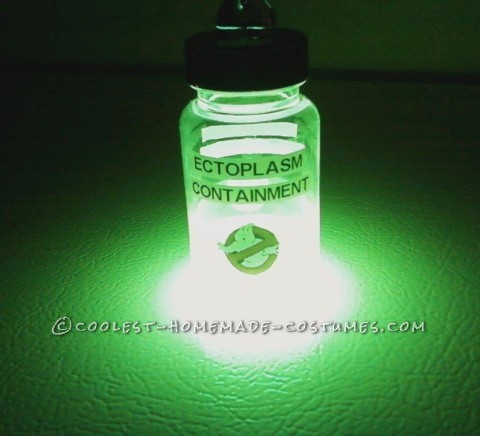