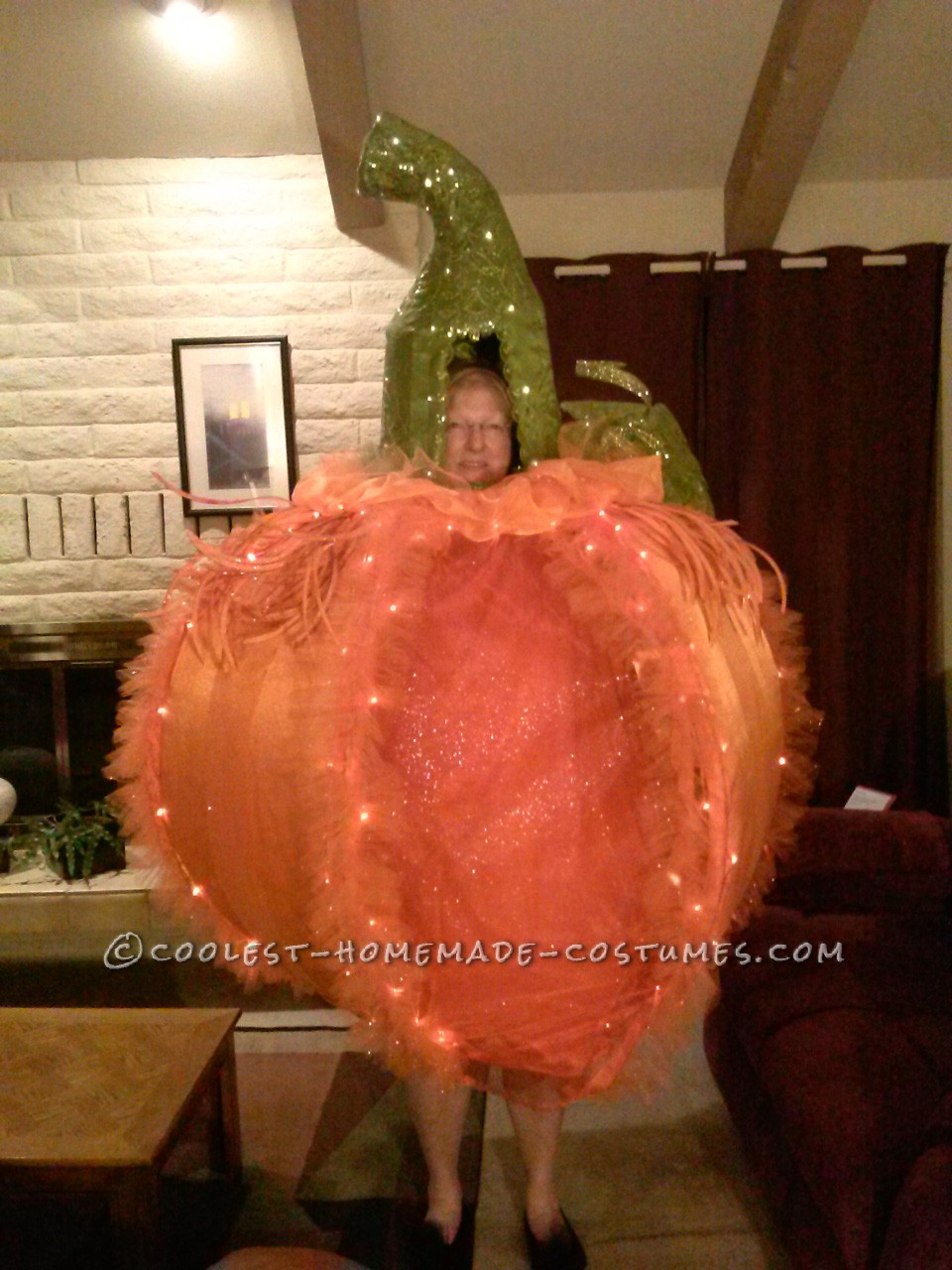 Once upon a time, two sisters grew up loving Halloween, playing dress up in the neighborhood. The family was six children, three boys and three girls. Every Halloween, they would always go trick or treating, in original homemade costumes. As they got older, they would help other family members with their costumes.

About 12 years ago, they started with elaborate, themed, couple costumes for the youngest sister and her significant other. The couples costumes were designed for Halloween parties, and always a surprise! They were always award winning for local contests.

One year was King Tut and Queen Ank, and we won first place, a national pattern company. Also, being featured in the local newspaper. For the St. Patrick’s Day parade, the two sisters were hula hoop clowns! Having a lot of laughs, horns honking and applause. This year’s inspiration was hula hoops for a costume, and we thought of a giant pumpkin.

So, it began, we started with hula hoops and then the mechanics, with a couple of trips to the local hardware store, garage sales and thrift stores. Shopping and gathering all of the materials, was half the fun. Especially the two laundry baskets, a cat toy for the shoulder attachment and 150 battery operated lights! We love shopping for fabulous fabrics, and craft stores, and a trip to a specialty glitter store!

Using power tools, sewing machines, glue guns, and rolls of duct tape, the pumpkin began to take shape. The pumpkin sides are holographic poster boards, batting, satin, and organza. We just couldn’t stop adding more and more glitz! One of many challenges, was to illuminate the five foot interior of the pumpkin, then we wanted a “sheer” front to look into the pumpkin. Also, the entry and exit of the pumpkin, was one of the biggest decisions.

As the pumpkin grew and grew, we stopped to think of how to get it out of the dining room and to transport to the local costume contest. We had to rent a van to transport it. We would work late into the night, every weekend, drink caffeine, eat candy corn and chocolate to keep going. We would always entertain each other with brilliant brain storms. We finally finished on Wednesday night. We had the dress rehearsal on Thursday night, happy with the results.

On Friday, we loaded the van, and collected our giveaways for the kids. We won first place! Families were ooohing and aaahing and wanted pictures! We had a lot of fun with everyone, and lots of compliments. And even up to the end, when we were loading to go to another party, people were still taking pictures! This was the biggest undertaking we have ever, ever envisioned – and very proud of our accomplishment. 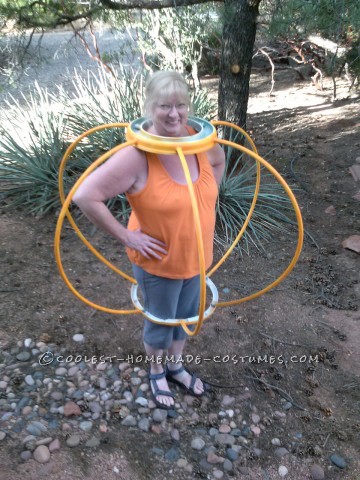 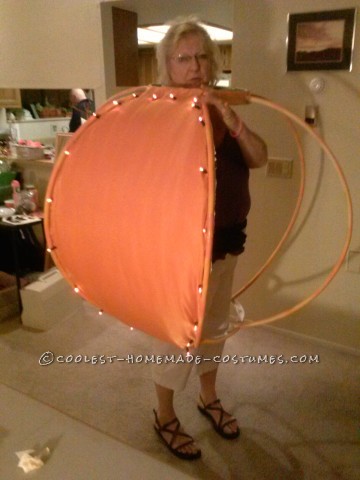 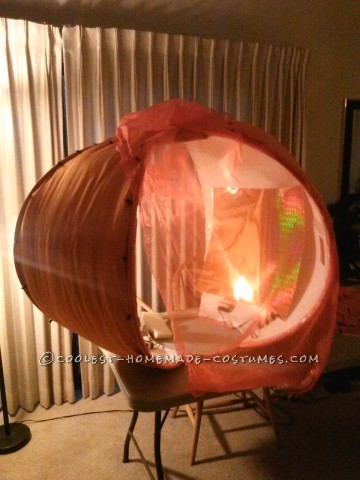 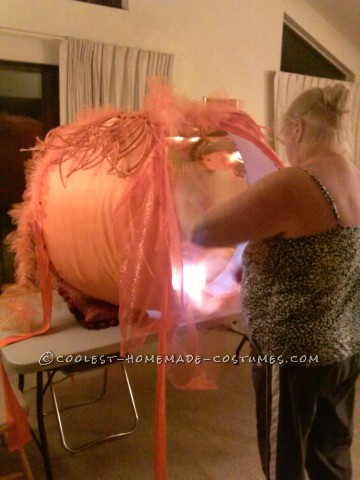 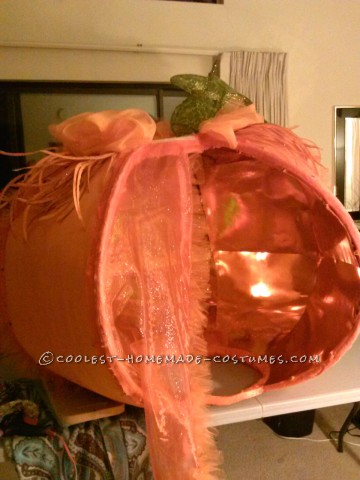