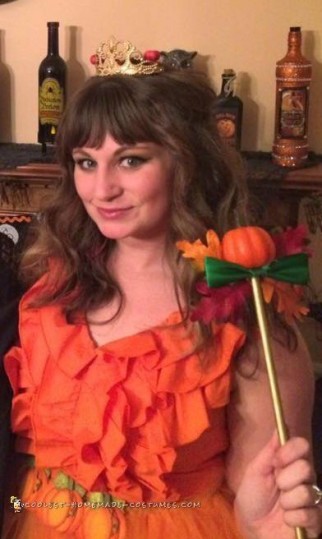 This costume started as a joke between me and some friends because they claim I am the basic white girl poster child. I love all things fall, but really and truly love all things pumpkin spice. I am constantly eating/trying/baking new pumpkin spice things. I wanted to run with the idea for a costume, but … Read more 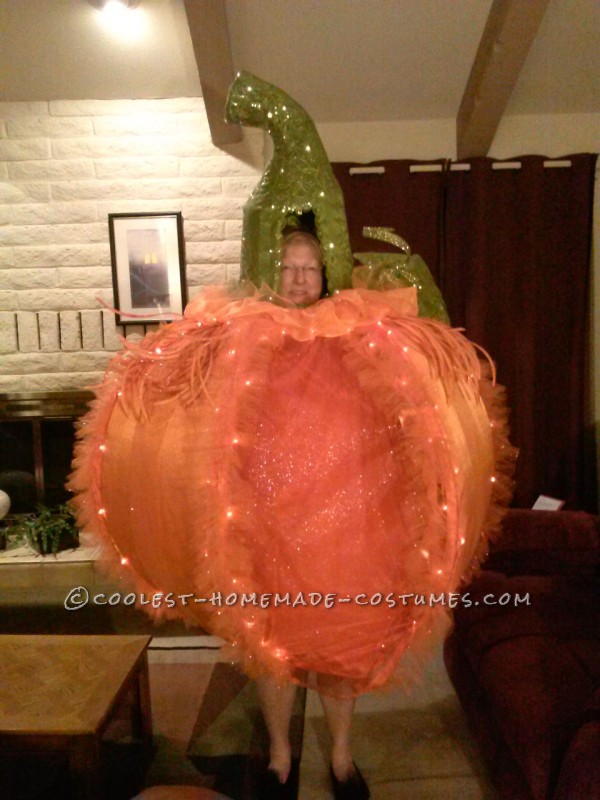 Once upon a time, two sisters grew up loving Halloween, playing dress up in the neighborhood. The family was six children, three boys and three girls. Every Halloween, they would always go trick or treating, in original homemade costumes. As they got older, they would help other family members with their costumes. About 12 years … Read more 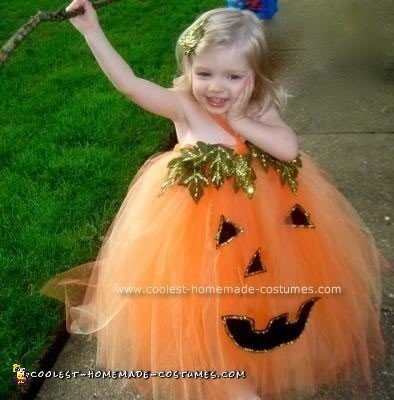 This gorgeous Pumpkin Tutu Dress is a Homemade Halloween Pumpkin Costume I created for my daughter to wear this Halloween. The dress is made from yards of tulle in orange and sparkling gold. The top of the dress is lined with green leaves that have been embellished with gold glitter. This costume is actually two … Read more

I wanted a costume to be funny and to get completely into the spirit of Halloween and I wanted to make it myself. So I made this Paper Mache Pumpkin Costume. I made a large ball by stuffing construction garbage bags with torn up newspaper balls and then covering the bag with paper mache newspaper … Read more 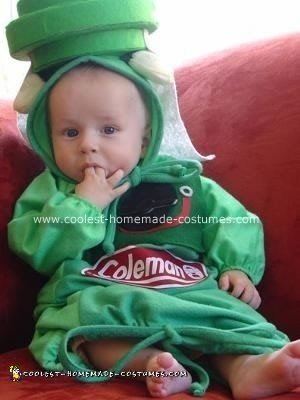 When Halloween came around for our 6 month old baby it dawned on us how much fun we could have using his name–Jack–as inspiration for ideas. For that first one we decided on a Jack O’ Lantern. But having a touch of Irish in him, we wanted to mix things up. Instead of an orange … Read more 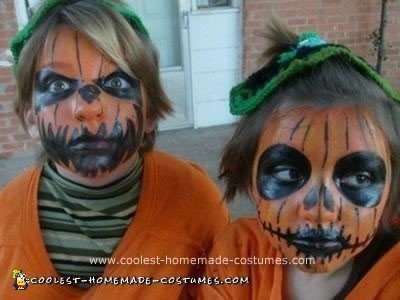 My two girls wanted matching costumes this time so I decided that since I hadn’t purchased pumpkins this year I’d make them Jack-O-Lanterns. This was really easy to set up. I took two over sized orange t-shirts and stuffed them with plastic garbage bags. I then dressed them in green and put these orange stuffed … Read more 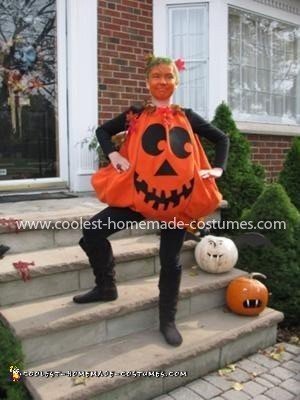 For this Homemade Girl’s Pumpkin Costume we wanted a cute but functional costume for a “pre-teen” girl. We started with orange felt (2 meters) and some black felt for the eyes and mouth. We also added black ribbon as the stripes. We cut out two circles and sewed them together leaving the top open, then … Read more

This little pumpkin Halloween costume was really fun to make. I used orange sweat pants, an orange long sleeved t-shirt, and an over sized orange sweat shirt I picked up at Wal-Mart. I then sewed the two shirts together by hand at the armpits and neck. As I was sewing the neck together I made … Read more

This costume was a last minute idea. My daughter insisted that she be a pumpkin and we couldn’t find any kind of pumpkin costume anywhere. We went to the store around noon on Halloween and got an oversized orange sweatshirt, some black, green, and white fabric, and black sweat pants. My husband did a quick … Read more