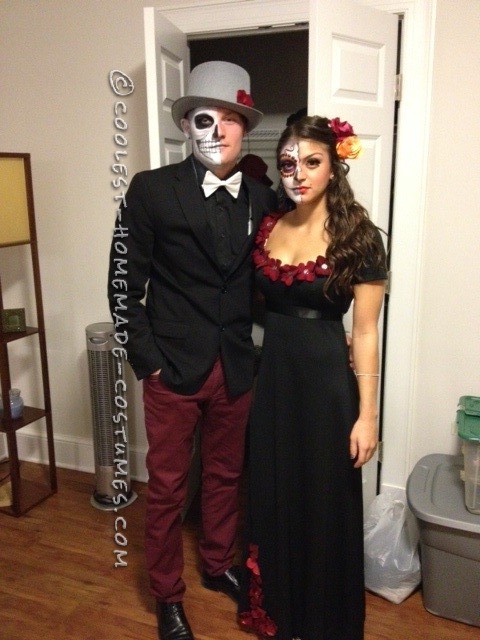 My Dad has always been very into Halloween. Right after graduation from art school, him and his buddies used to enter costume contests all over NYC. He has said that in one weekend, they would win anywhere from $8,000-$10,000 from contests! In addition, they won tropical vacations, countless gift certificates, and other goodies. Eventually, their love of Halloween turned into them opening ‘The Beware House’ a haunted house in NY that attracted thousands during the Halloween season–needless to say, I grew up in a household that was a little more than into Halloween and store-bought costumes were the ultimate NO-NO.

Finally out of my college days and willing to move away from the Mean Girls, lingerie and cat ears phase, my boyfriend and I poured over ideas as to what we could be for Halloween this year. Both of us are pretty creative and artistic so when he came across the idea to be a Dia de Los Muertos couple I was pretty excited about it.

I found the dress for my costume for $4 at a local thrift store and bought fake flowers to embellish the neckline and bottom of the dress. I also bought some flowers to pin in my hair for the Spanish effect. My boyfriend Keith already had the outfit pieces for his costume except for the top hat, which I topped with a flower to match mine. We tried to keep the outfits matching yet simple because we knew the makeup would be the real centerpiece to our costume. Using Ben-Nye makeup products we embarked on the hour and a half journey to achieve a half-sugar skull face for the costume, using images we found online of sugar skulls as a guide.

Not going to lie, we were pretty proud of ourselves and the end result not to mention we got compliments on it all night! I have to say though, the ultimate compliment came from my Dad who I picture texted the image of our finished masterpiece. “The apple doesn’t fall far from the tree” he said. And that was all the recognition I needed! 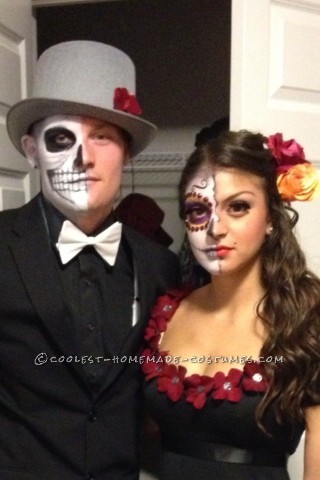 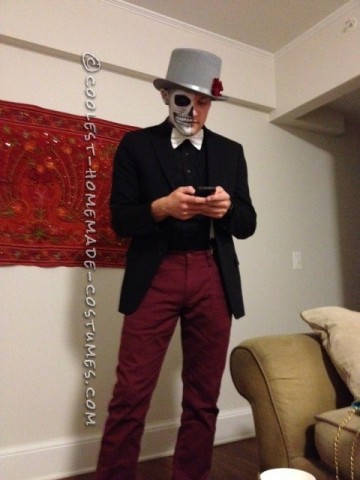 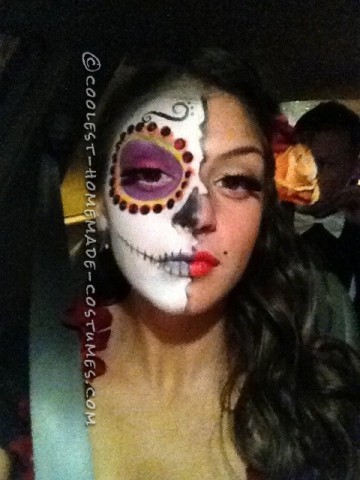