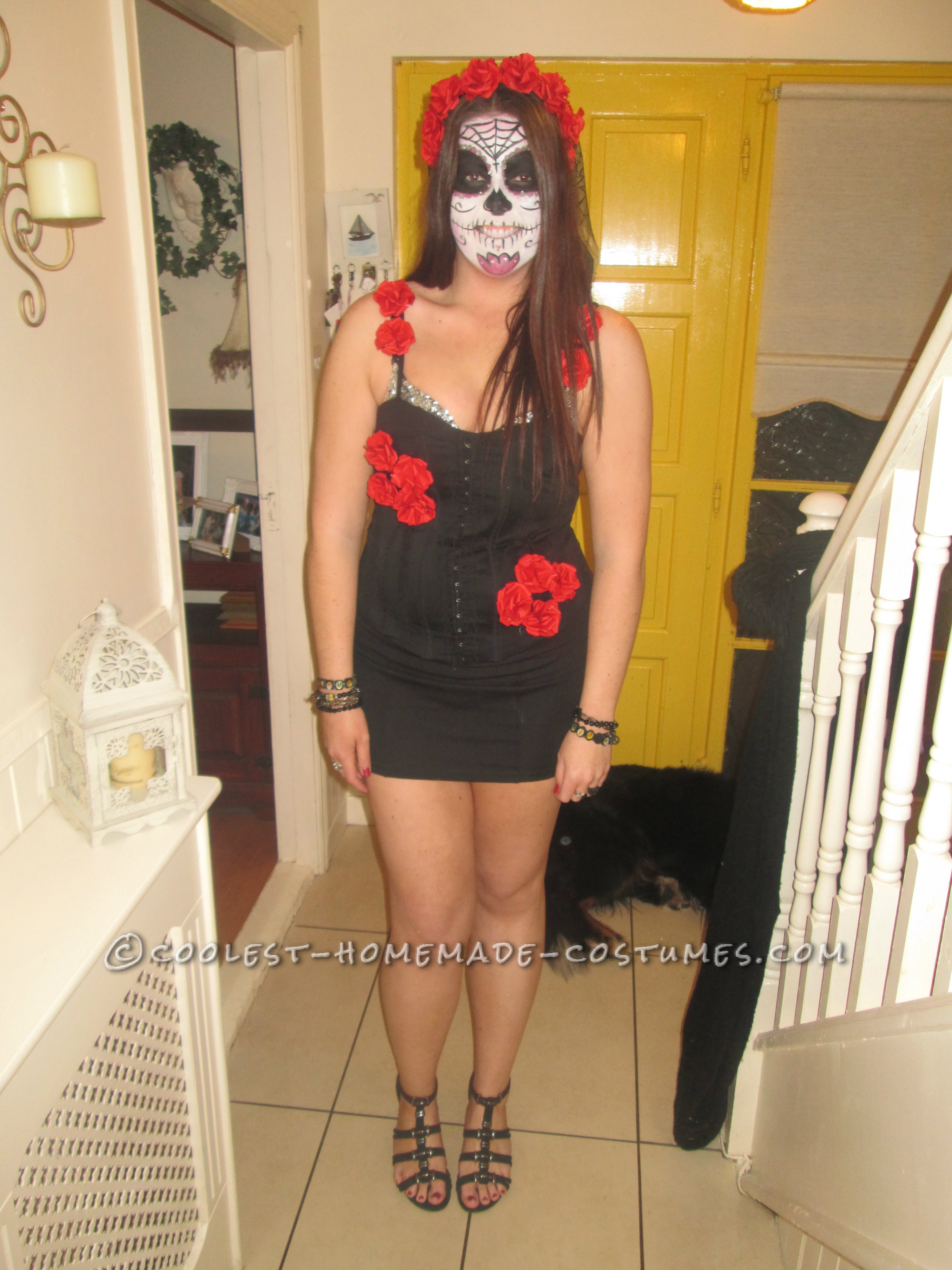 I wanted to do something different that would look really cool this Halloween so I decided to go as a Suar Skull from the Mexican holiday Day of the Dead/Dia de los Muertos, and as the halloween party I was attending was actually on the holiday it seemed even more appropriate :)

Make-up: The main thing about this costume is the make-up. In order to decide what designs I was going to do on my face I googled pictures of sugar skulls and looked at make-up tutorials on youtube. I bought black and white snazaroo face paint and coloured my face white and did two big circles of black around my eyes. I then did a sort of a petal design around the eyes using eyeliner and coloured them in using a red lipstick and an angled brush. I used a red eyeshadow to contour my forehead, cheekbones and chin. Using a black gel eyeliner and brush I drew on a cross and a web on my forehead, a flower on my chin, designs on my cheeks, the stitches on my mouth and the nose shape. I added some diamante stickes around the eyes and to the chin for a little bit extra. You could really do any kind of designs for this so have fun with it! Youtube have lots of tutorials on this kind of make-up so have a look if you need help with it. This make-up does take quite a while, roughly took me an hour so if you’re rushing this is a no no, although you could do a much simpler version which would work well too,

Outfit: Now the for the outfit you could really wear any kind of black dress/skirt/pants but make sure to decorate it with flowers as that is a signature sugar skull look. Corsets are also a popular look for this costume. I decided to make all the roses for this outfit as it would be cheaper and as finding that many roses would be difficult. To make them I bought red paper, cut out a flower shape and folded the rest of the red paper into thirds then halfed it again. I traced out the flower shape onto the red paper and cut it out, this then gave me 6 flower shapes. I used a marker to push in the middle of the shapes to create a bent look and used a toothpick to roll down the petals, I then glued them together and voila! They were simple to make and turned out gorgeous, people could not believe I had made them myself. Youtube also have tutorials on this if you need help. The only thing about making these however is that they do take quite a bit of time to make.

I felt a flower headband would really add something special so I decided to make one by using an old black hairband. I bought some black material with a spider web design on it from a craft store and glued it onto the hair band, I then glued the roses all along it.

The outfit consisted of a sequin bra, a tight black dress and a black corset, all of which I already had. I layered them over eachother to create the look and glued the roses to the bra straps and onto the corset.

Hair: You could literally do anything you like with the hair so whatever you feel like doing here will work just fine. I decided to just leave mine straight as I didn’t have time to do anything else.

All in all the costume was simple, cheap and fun to make. People were genuinly amazed by it and spent the night complimenting me :) 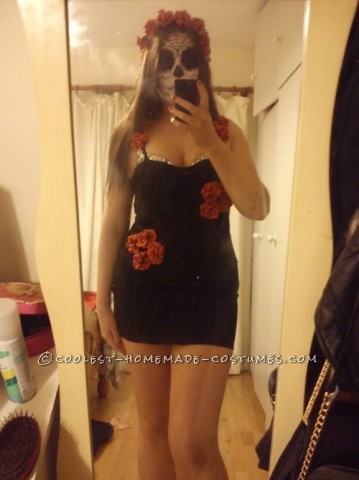 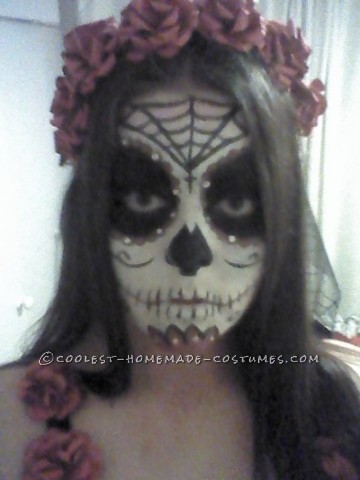 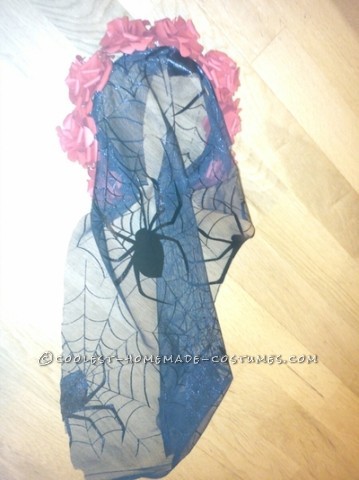 Cool and Simple Day of the Dead Skeleton Costume