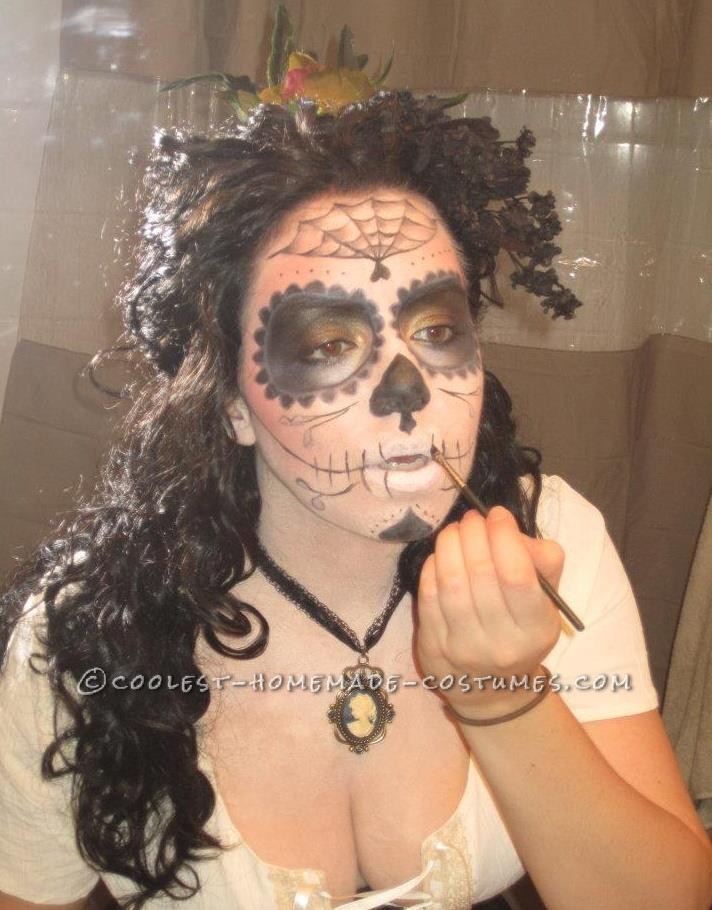 I started off wanting to incorporate the popular Dia de los Muertos skull candy makeup into a Halloween costume.  I was inspired by photos I found on Deviantart to use a cantina girl kind of costume so I set out finding and making my pieces.

I reused a corset I had from a previous Catwoman costume for the bodice.  I found the white shirt at Value Village and cut up the bottom of it sewing it in layers to the front of the shirt so it would hang down below the corset.  I found the fabric I wanted, with a bright blue lining at Fabricland and made a cape-like skirt out of it to attach to the shirt.  I also bought a piece of lace to sew along the edges.  All the messy work of cutting and sewing was covered up by the corset so I didn’t have to do a stellar job on that.

I also bought a bunch of fake flowers from Michaels which I attached the skirt and made a hair piece out of several flowers for my hair.  The make up I did entirely myself with references from Sylvia Ji’s paintings.

The hardest part was making the headpiece which took quite awhile to get the stiff flowers to stay in the position I wanted while sewing and gluing.  The makeup took the longest but it was well worth it, it made the costume!  I ended up going to a club for Halloween where everyone was wearing bought or out of a bag costumes so I felt pretty good that I made mine by hand. 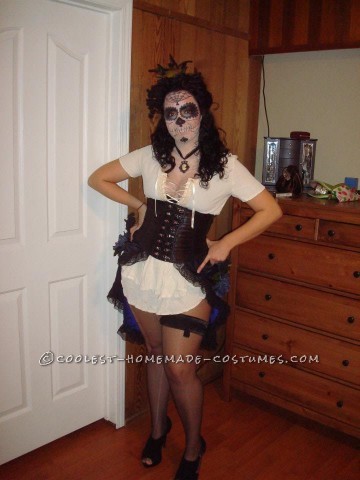 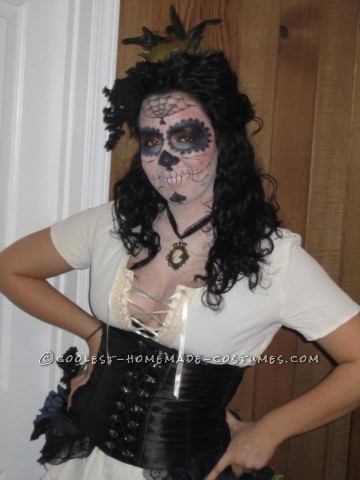 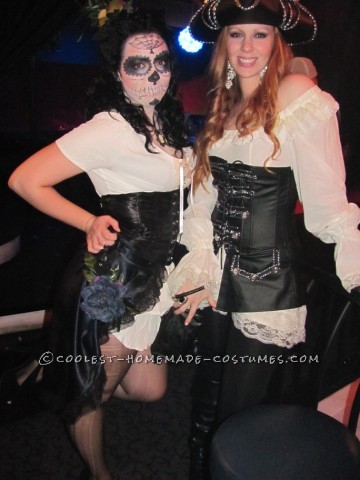 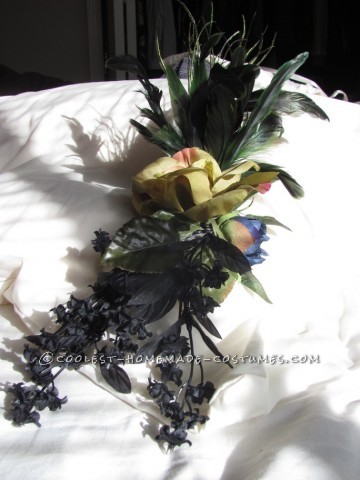