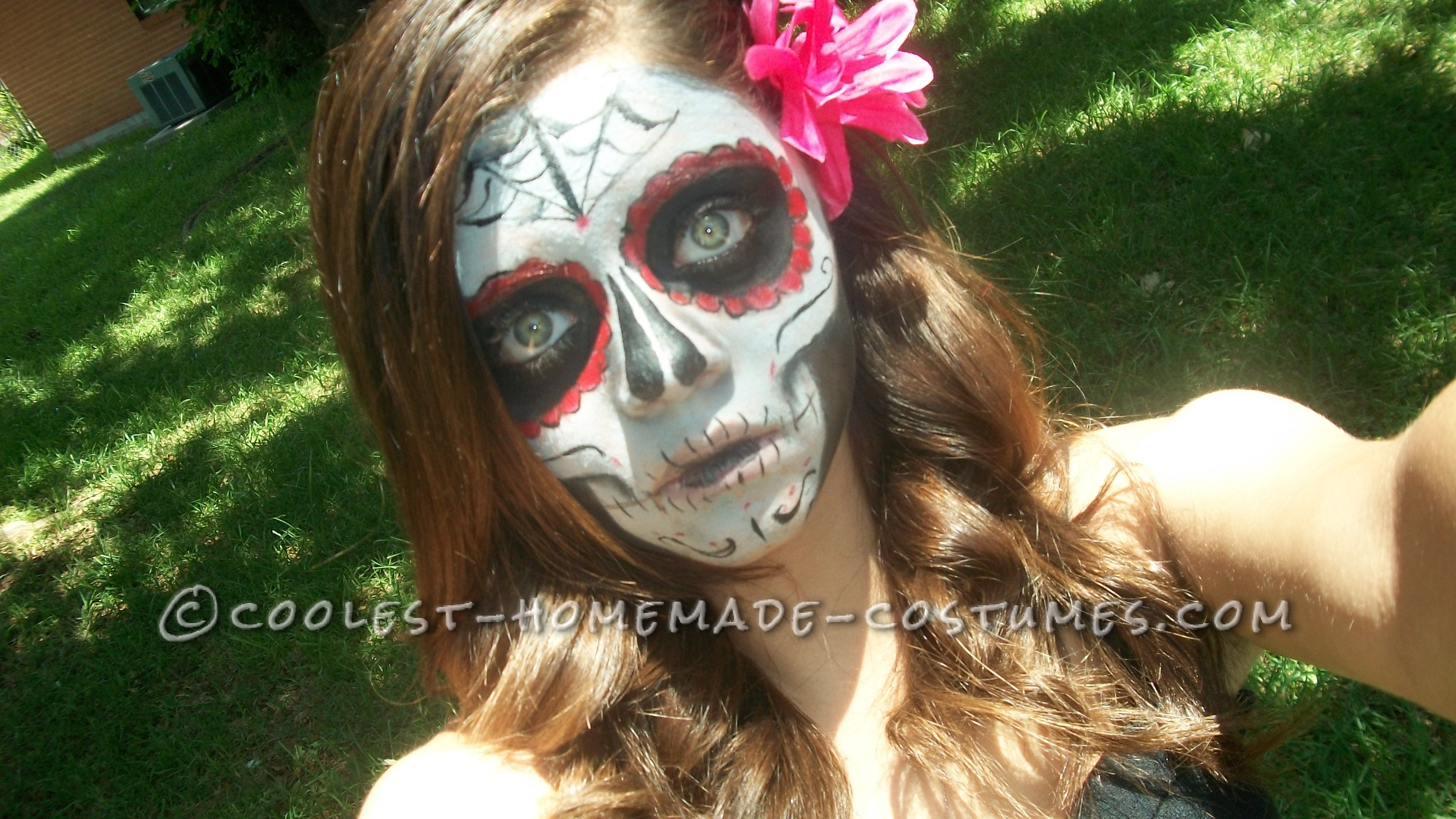 I decided I was going to do this because I was texting my friend, and we we’re running out of things to talk about, so I randomly asked her, “what should I be for Halloween?”. She responded with “hold on”, and I didn’t expect her to reply, but about 10-15 minutes later, she sent me a few pictures of “Dia de los Muertos” costumes.

I thought to myself “wow, I cant do that” but I went to bed that night really thinking about it, and I decided that tomorrow I would gather all my makeup and practice and see what comes out of it. The next day I got up and kept my word to myself. I gathered my makeup and dug out some old Halloween makeup. Here’s what I did:

1.) iI used cheap Halloween face makeup in grey because I didn’t have white, and spread it evenly all over my face and let it dry.

2.)after it dried I got some cheap liquid eyeliner and drew a circle, around my eyebrow to about an inch under my eye and colored it all in black with the eyeliner.

3.) next, I got a q-tip and circles around the black taking about a half inch from around the circle and drew on some black flower petals, then i colored them red with lipstick.

4.) then, I kind of shaped my face as a skull by drawing cheek bones and making the bottom of my jaw and side of my face look hollow with black eyeliner

5.) I drew on teeth over my lips with the black eyeliner and made two long tear shapes down my nose to make it look hollow as well.

6.) I added on the traditional day of the dead sugar skull swirls and designs and went over my eyeliner on and around my eyes with black eye-shadow to make it look better and smoother.

7.) I curled my hair to make it look more festive I guess, haha, and put a big flower in it.

I proceeded to take pictures and I posted them on Instagram with the caption”boredom kills~” because I was so bored when I did it, and got so many positive comments! People we’re telling me how awesome it was and they couldn’t believe I did it myself. People also said I should have my own scary movie. My friends texted me saying I had so much talent and I had to do their makeup like that. I was happy but yeah, haha. The hardest part was getting it off! I had eyeliner under my eyes for like 2 days after showering and washing my face a lot, haha, but it was worth it! 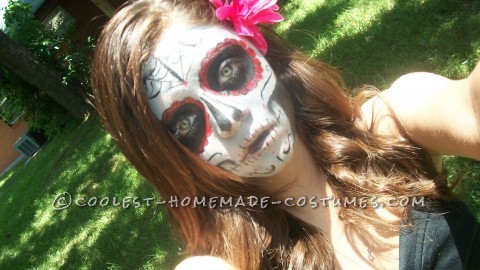 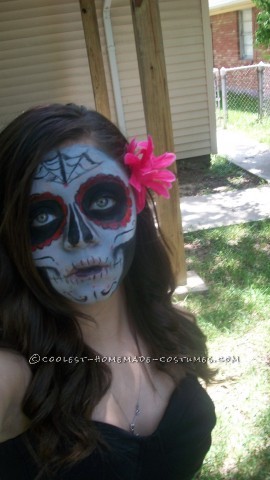