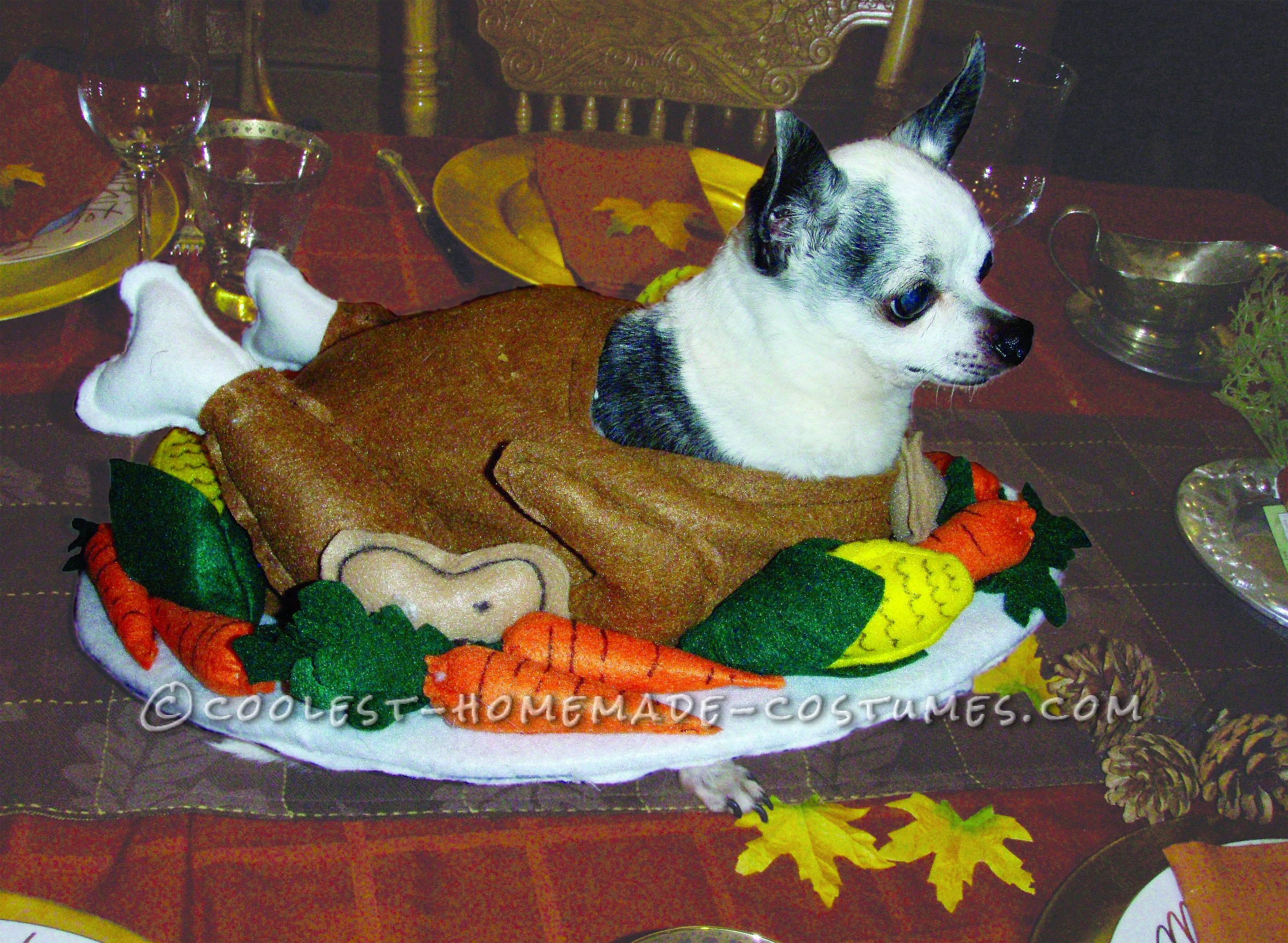 I would like to introduce Odie my 8 year old Chihuahua.  He is a rescue that I adopted three years ago.  Odie had a rough life before he ended up at the Pixie Project (an animal rescue).  He was at the pound and  was very close to being euthanized.  Odie is a very opinionated chihuahua, especially when it comes to his jackets or costumes.  I have to make them all because the premade  ones in  the stores are to hard to put on him.  As Halloween is my favorite holiday I really wanted to make costumes for Odie, and as long as they are made to his liking he will wear them.

This year I was trying to come up with an original idea, something that hadn’t been made for an animal yet.  I work in an animal hospital as a technician and had been brainstorming with some of my fellow technicians and came up with a turkey, not the normal turkey costumes and we came up with a cooked turkey.  The costume has to be light weight considering Odie only weighs 5 pounds. The platter part of the costume is foam board cut in an oval shape and oval cut out of the middle covered with white felt, it was cut so the turkey could fit in the middle. The turkey part was sewn separately basically like his regular jackets, which is two extended pieces to form the chest strap an a slight oval shape as to make it a back cover, and filled with a small amount of cotton stuffing.

The turkey part is made so Odie’s head comes out of a large hole and there is an area in the back that his tail can come through.  I thought I was going to have to make a strap that would go around his body to hold it on.  But by filling the turkey part only lightly, the costume just conforms to his body and balances on him.  I left  some extra fabric along the edge of the turkey which I hot glued to the foam platter, then the edges were covered by adding white felt on the bottom of the platter.  The legs were sewn separately and sewn and hot glued to the body.  All the vegetables were made separately and hot glued to the platter, I found patterns on line.

The whole costume besides the platter are made with felt. When wearing it he looks like a float in a parade.  I set up a Thanksgiving day table and placed him in the middle like a real turkey.  When people see Odie wear his costume they can’t believe I made it, and that it looks like a real turkey.  Also most people laugh because of the way he moves in it.  He can sit do his standing up on hind legs trick in the costume, it really doesn’t inhibit him at all.  It is easy to put on it just slips over his head. So this year for Halloween Odies Gobbles Til He Wobbles. 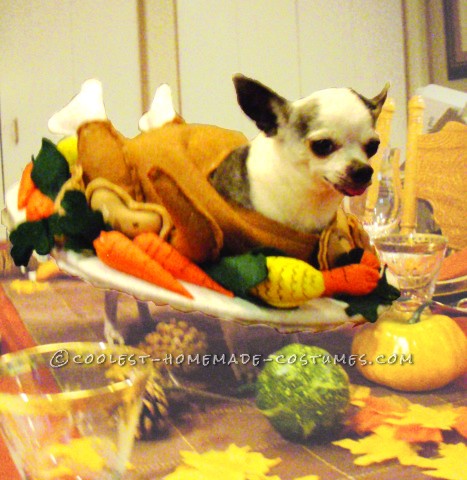