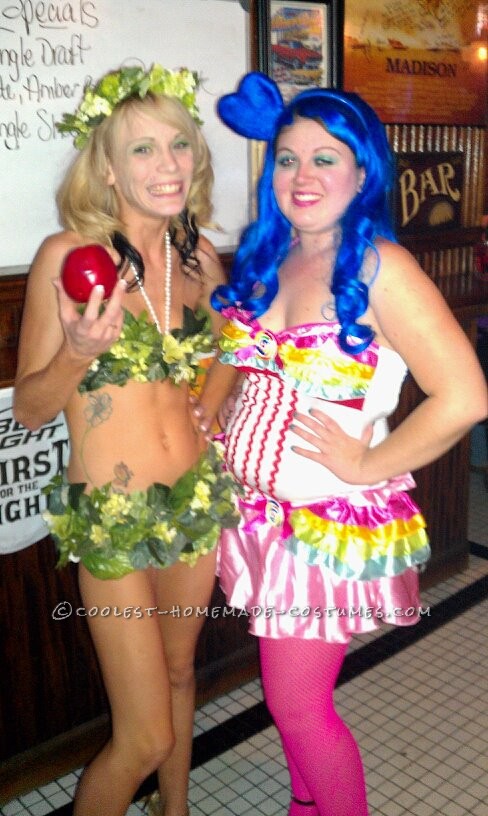 I wanted to do something fun but sexy. I just had a baby a year ago and never really stepped out of my comfort zone. I didn’t have a boyfriend to go as Adam, so I was a single Eve. I guess he was still mad at me for picking the fruit! I liked it so much that I wore it 2 years in a row and won the costume contest!

I started with a white bikini  (it was actually a really nice bikini but I picked it up at a thrift store and it was a little too provocative for me). Also, it doesn’t have to be white.

I picked up a bunch of fake flowers with the most leaves as I could at WalMart. And started hot gluing  I had to try it on a few times to make sure all the white was covered. I used one of the wires from the flower stems to bend it into a ‘U’ shape as a little tiara, and covered it with flowery leaves. Picked up an apple from WalMart. The worst part was spending $5 on all the flowers and leaves and then realizing later I could have went to the dollar store!

The hardest part about it was picking all the leaves off of the stems. But once I started gluing  it was an easy process. All together it took on and off about 3 hours just to make sure all the leaves were in the right spots!

I hope this works for someone else! 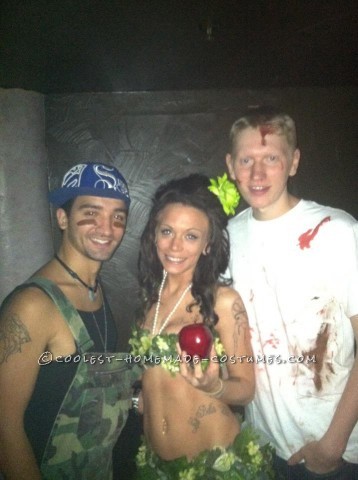 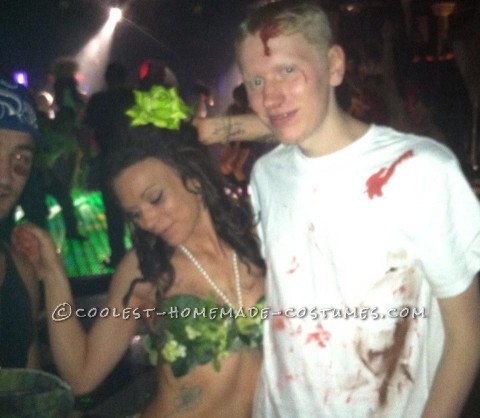